They were on the front lines, and served behind the scenes, of some of the most important social and civic missions of the 20th Century, from desegregation to education and social reform, from helping heal the sick to opening avenues to the arts, journalism, and raising a joyful ruckus for a good cause.

And when there wasn’t a seat at a power table filled with men, they created one of their own.

We invite you to join The Community Foundation of Middle Tennessee as we honor seven trailblazing Women of Wonder with the 26th annual Joe Kraft Humanitarian Award. Each year this award honors a person or persons who, like the late Joe Kraft, demonstrates a commitment to community, home and hearth, and individuals in need. 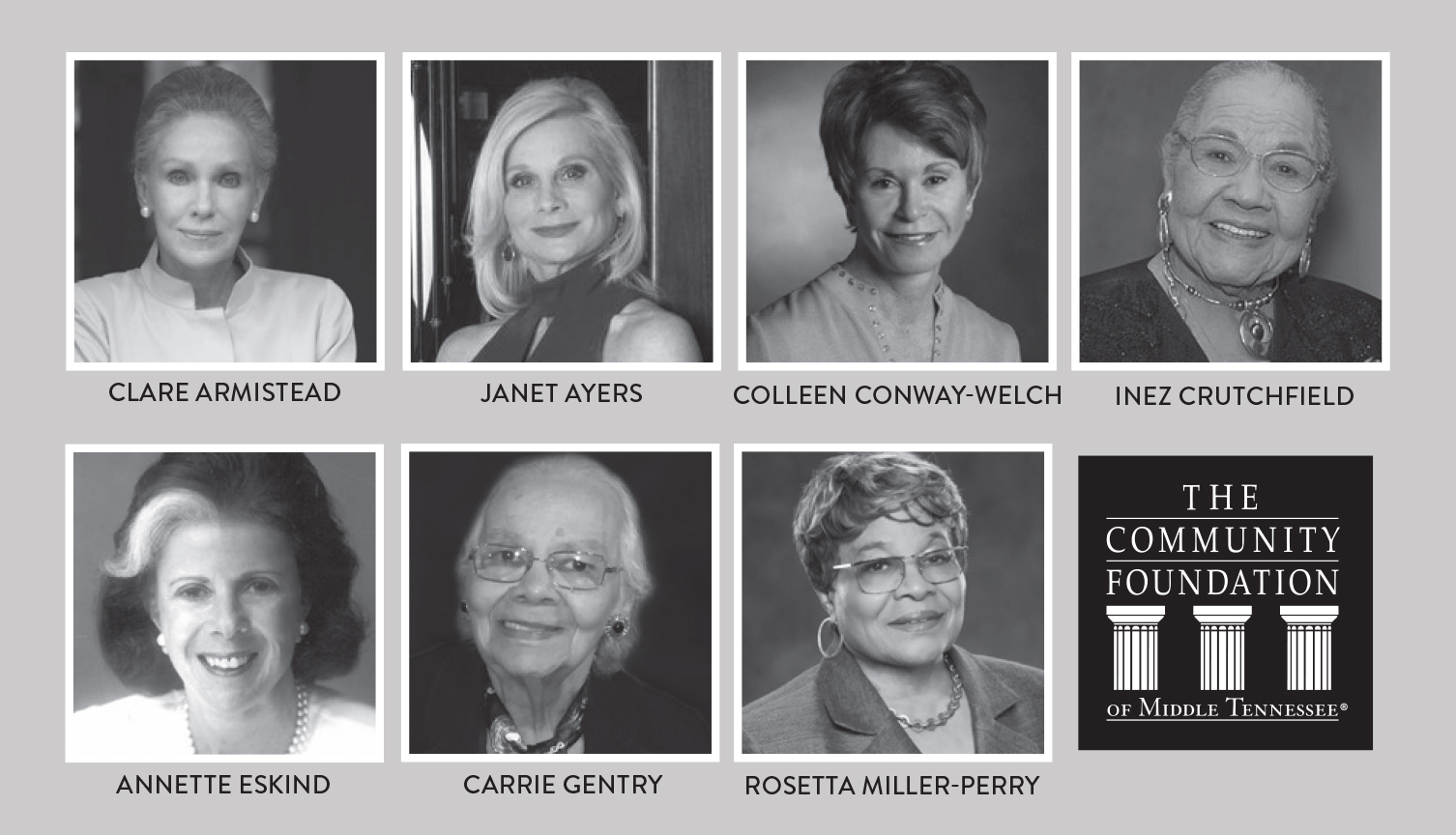 Honorary chair of this year’s event is Martha Ingram, noted philanthropist, business leader and a prior recipient of the Joe Kraft Humanitarian Award.

“The breadth and depth of heroism in this community may not start with the seven women we will honor at the Joe Kraft Humanitarian Luncheon on October 17th, but it won’t end, either,” said Ellen Lehman, president of The Community Foundation.

“Whether it’s the Arts, Education or Health; building bridges or building families, these women have shown the rest of us what it means to lead, and what it takes to chart a course to a better future for individuals and our community,” Lehman continued. “But for them and their contributions of talent, time, treasure and sheer bravery — we would be less than we are. Please join us in thanking them.”

The 26th Annual Kraft luncheon will be held Thursday, October 17 at 11:30 a.m. at the Music City Center’s Davidson Ballroom in Nashville. Tickets are $80 per person, and tables of 10 can be reserved for $800. Reservations for the event can be made through October 11 online or by calling 615-321-4939. Media is welcome.