Give Black, Give Back at CFMT is proud to partner with the Tennessee State Museum and to share Tennessee Black History Snapshots throughout the year.

Born in Cowpens, South Carolina, Josephine Groves Holloway (1898-1988) was a pioneering community leader dedicated to inspiring Black girls and young women through the values instilled by the Girl Scouts.

After graduating from Fisk University with a bachelor’s in sociology in 1923, Holloway was offered a job at the Bethlehem Center in Nashville working with the Black and immigrant girls. Around this time, Girl Scouting spread across the United States after its introduction in 1912. Recognizing the value of character building and outdoor experiences that Girl Scouting has to offer, Holloway chose the program for the girls at the Bethlehem Center. With no council formed in Nashville, Holloway was able to attend a training led by Girl Scout founder Juliette Gordon Low to become a program captain. The lack of a council allowed her to start the first Black Girl Scout troops in Middle Tennessee in 1924. So began a great passion.

When Holloway left the Bethlehem Center, the troops fizzled out. A few years later when her daughters were old enough, she wished to start a troop for them. She approached the Nashville council in 1933 to create a Black troop but was denied. This rejection did not stop her. She asked her husband to buy Girl Scout guide books while he was studying medicine in Chicago. With help from the guide books and other local Black women, Holloway helped create several unofficial Black Girl Scout troops.

Under Holloway’s leadership, the Black community continued to push for the acceptance of Black Girl Scout troops. In 1942, the Nashville council officially began recognizing Black troops, with Holloway’s troop being one of the first. By 1944, there were 252 Black girls in 13 troops. Holloway was hired by the council as the field adviser for the Black troops. She was the first Black professional Girl Scout worker for the Nashville council. During almost 20 years working with Girl Scouts, Holloway did everything she could to help Black girls have the full Girl Scout experience. She helped establish and run the first Girl Scout camp for Black girls in the council, Camp Holloway, in 1955. Holloway inspired Black girls and women through her tenacity.

Today, the Girl Scouts of Middle Tennessee Council memorializes Holloway through an exhibit dedicated to her in their council building. In 2019, Nashville Troop 1347 helped install a historical marker outside the council to commemorate the extraordinary work of Josephine Groves Holloway. 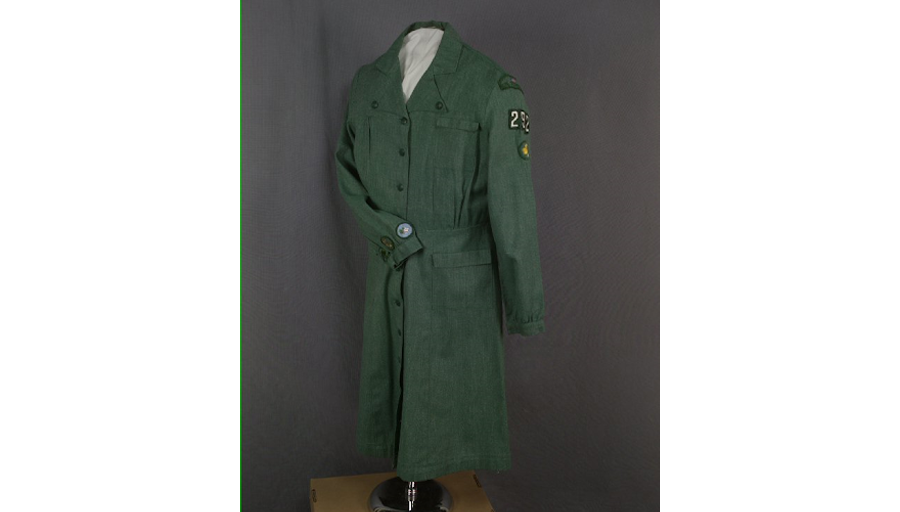 About Tennessee State Museum
The Tennessee State Museum, on the corner of Rosa L Parks Blvd. and Jefferson Street at Bicentennial Capitol Mall State Park in Nashville, is home to 13,000 years of Tennessee art and history. Through six permanent exhibitions titled Natural History, First Peoples, Forging a Nation, The Civil War and Reconstruction, Change and Challenge and Tennessee Transforms, the Museum takes visitors on a journey – through artifacts, films, interactive displays, events and educational and digital programing – from the state’s geological beginnings to the present day. Additional temporary exhibitions, including Ratified! Tennessee Women and the Right to Vote, explore significant periods and individuals in history, along with art and cultural movements. The Museum is free and open to the public Tuesdays to Saturdays from 10 a.m. – 5 p.m.. and Sundays from 1 p.m. – 5 p.m. For more information on exhibitions and events, please visit tnmuseum.org.

#BlackHistoryIsAmericanHistory
Give Black, Give Back Stories