Biracial Union of Women Leaders Was a Key

Getting to The Perfect 36 was far from perfect.

On Aug. 24, 1920, Tennessee became 36th and final state — the so-dubbed “Perfect 36” needed to ratify the 19th Amendment to the U.S. Constitution and gain women the equal right to vote.

It had been a long struggle.

Women had worked for more than 70 years for voting rights, beginning with the 1848 Seneca Convention for women’s rights. By the early 1900s, the battle had succeeded with full or partial voting rights in several Western and Midwestern states.

Finally, by June 1919, the 19th Amendment —called the Susan B. Anthony Amendment after the famed suffrage leader — had passed Congress and then went for ratification by a necessary three-quarters of the states — 36 of the then-48 states in the Union.

“Excitement and drama surrounded this historic moment, as the nation waited in suspense,” according to the Tennessee Historical Society and its website tnwomen100.com:

Suffragists and anti-suffragists from across the state and nation came to Nashville in hopes of influencing the outcome. Reporters from many major American newspapers arrived to cover the events.

“At the special session that August, yellow roses on the lapels of suffragist legislators became the icon of the day, while ‘Antis’ sported red roses,” the state Historical Society recalled. “Tennessee’s ‘War of the Roses’ turned the Tennessee State Capitol into a battleground, and the House deadlocked in a tied procedural vote.

“In a surprise twist, a 24-year-old East Tennessee legislator, wearing a red rose boutonniere, cast the pivotal ‘yellow rose’ vote — thanks to an encouraging letter from his mother back home!”

If not for a political alliance of Black and white women in Tennessee a century ago, though, the long suffrage struggle surely would have lasted much longer. 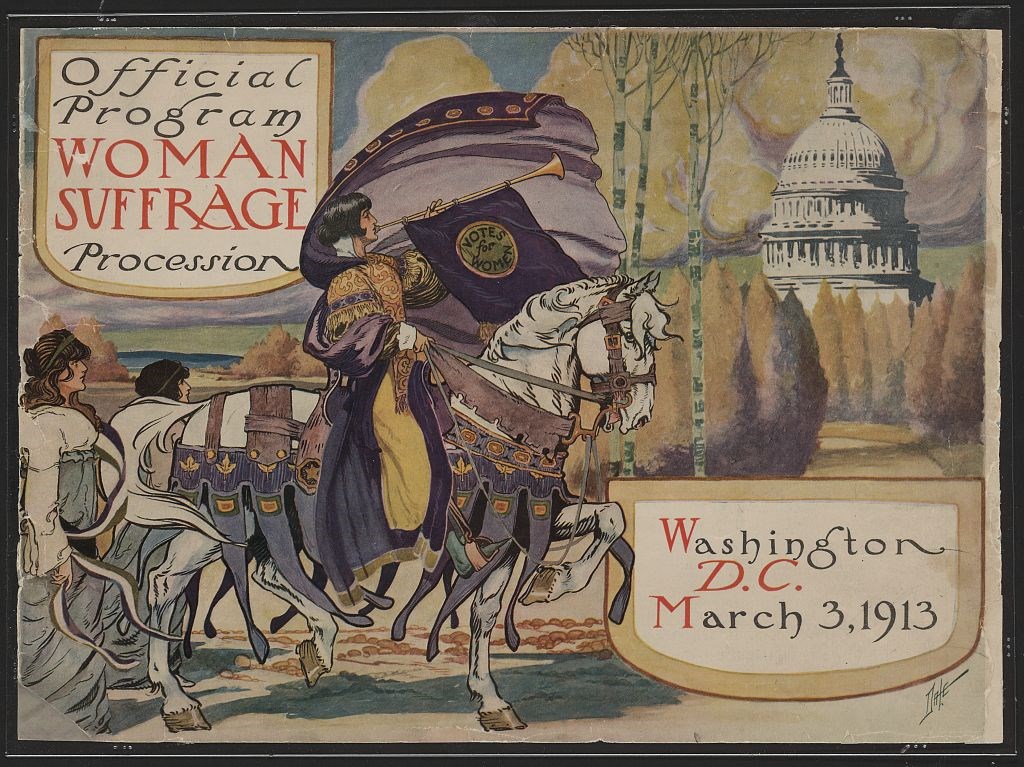 Ida B. Wells-Barnett participated in the groundbreaking 1913 Woman Suffrage Procession in Washington, DC/Image from the Library of Congress

Keep in mind that since the 1870s, Tennessee women had begun rallying support for voting rights through programs at their respective clubs. These influential organizations included clubs for Black women, and clubs for white women.

Nashville had been the center of an African American middle class since Reconstruction and was a logical place for such a racial collaboration, as noted by author Anita Shafer Goodstein in the May 1998 The Journal of Southern History article “A Rare Alliance: African American and White Women in the Tennessee Elections of 1919 and 1920.”

Historically Black Institutions such as Fisk University and Walden University (closed in 1925) and Meharry Medical College provided access to legal, theological and medical education. Nashville had a number of African American attorneys, bankers, clergy, doctors, teachers and newspapermen who provided support for Black activists, Goodstein points out. As a result, several African American churches and church publications and newspapers were headquartered in Nashville.

Community supporters of Black activism then and now include  R.H. Boyd Publishing Corp., founded in 1896, as well as Citizens Savings Bank and Trust, which traces its beginnings to 1904.

Women’s Liberation that we know today was a far ways off from what mainstream public mores were at the time, however.

Such civic participation by women threatened the family order —a women’s place was in the home was the standard belief. There also was the notion that woman’s suffrage would empower more African Americans at the expense of the power of white Southerners.

Whatever the predictions and prejudices, female voters both white and Black flocked to register to vote, then exercised their newly gained rights at the polls. Tennessee historians have reported, citing white suffragist leaders, that of about 7,500 women who registered to vote in 1919, about 2,500 were African Americans.

Gaining such political clout involved making interracial alliances that could be tricky and cruel.

Racial segregation was still required by law at the time. The Ku Klux Klan, founded in Pulaski, Tennessee, was on the rise. Lynching and brutal assaults upon Black people occurred with horrific regularity. 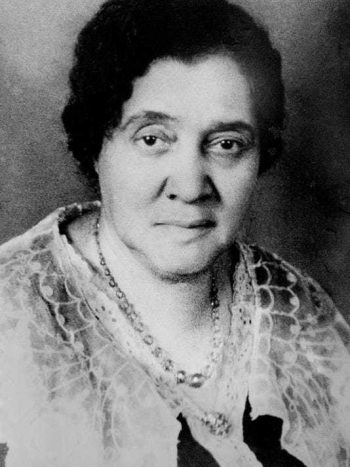 “What will the Negro woman do with the vote?” asked Nashvillian J. Frankie Pierce in a speech at the Tennessee League of Women Voters first convention in May 1920 in the Tennessee State Capitol building, as retold in historian Bill Carey’s recent piece for The Tennessee Magazine. “We will stand by the white women.”

Pierce and a colleague, Nashville’s Dr. Mattie Coleman, have been credited with registering more than 2,000 Black women to vote.

“We are optimistic because we have faith in the best white women of the country, of Nashville,” Pierce continued in her talk to the League of Women Voters. “We are going to make you proud of us, because we are going to help you help us and ourselves.”

Finally, thanks to the courageous participants in the suffrage movement, Tennessee women were allowed to vote in the November 1920 election.

The fight for women’s suffrage had lasted generations but didn’t end there.

Because of poll taxes, gerrymandering and the like, most African Americans still were not allowed to vote in the U.S. Because of Jim Crow laws, African Americans had a hard time voting. Native Americans and Chinese immigrants were among those groups not eligible to vote.

The 19th Amendment did little to change that. It took the Voting Rights Act of 1965, signed into law by President Lyndon B. Johnson during the height of the Civil Rights Movement, to secure the right to vote for racial minorities throughout the country and especially the South.

But in 2013, by a 5-to-4 vote, the U.S. Supreme Court effectively struck down the heart the Voting Rights Act of 1965 by freeing nine states — mostly in the South — and scores of counties and municipalities in other states to change their election laws without advance federal approval.

The results have been polling place closures, voter ID laws, proof of citizenship, and other voter suppression measures.

A century after women, at long last, gained the right to vote on that eventful August day in Nashville, we continue to fight to preserve those essential voting rights. 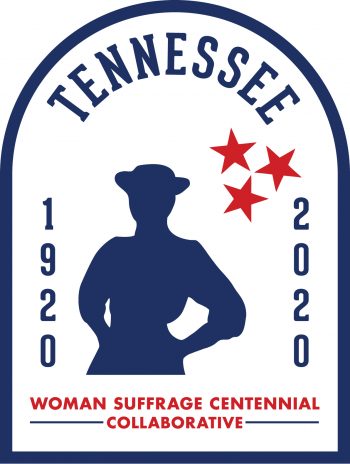 Source: The Parthenon, which in partnership with the Centennial Park Conservancy, is presenting a new exhibition “We Have a Vision: Nashville Women from the Centennial to Suffrage: Kate Kirkman, Anne Dallas Dudley, Kate Burch Warner, and Frankie Pierce, through Jan. 13, 2021 in The Parthenon’s West Gallery.

Kate Thompson Kirkman, Chair of the Woman’s Department at the Tennessee Centennial Exposition, led a committee of socially prominent and active women from across the state in organizing a building and contents that showcased the accomplishments of Tennessee women. The Woman’s Department hired architect Sara Ward Conley to design the building and invited speakers of national prominence to discuss social and political issues that were in the forefront of nationwide debates. Among those speakers was Susan B. Anthony, and her speech at the Exposition concerned the right of women to vote. Kirkman and her committee were not always in agreement with the positions of the speakers they invited —in fact, Kirkman eventually joined those opposed to women’s suffrage — but they made a space for the discussions to take place.

Anne Dallas Dudley was a mother and a society leader who was able to combat the stereotype of suffragists as man-hating radicals. Her financial resources and gift of diplomacy allowed her to travel and speak across the country in support of women’s right to vote. She helped organize and lead suffrage parades in 1914, 1915, and 1916 from near the capitol to Centennial Park, where she spoke to more than 2,000 people from the steps of the Parthenon.

J. Frankie Pierce was an African American leader and fierce advocate for education along with other causes such as childcare, settlement houses, and voting rights. She helped organize women through churches and social clubs to press for changes that would improve the lives of African Americans in Nashville. When Tennessee lawmakers, in an effort to forestall the federal equal suffrage law, gave women a limited right to vote in local elections, Pierce and her colleague, Dr. Mattie Coleman, registered more than 2,000 voters. Her eloquence and stature in the community were recognized when she was invited to speak at the May 1920 state suffrage convention in the house chamber of the Tennessee state capitol.

For more information on this and other Tennessee Suffrage events and exhibitions, go to NowPlayingNashville.com.