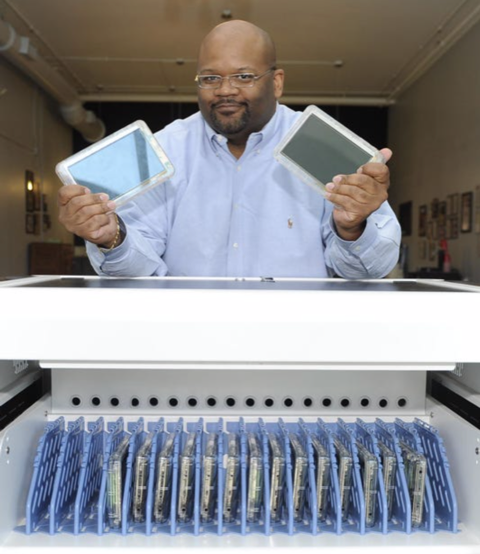 Born in 1974 in Cleveland, Ohio, Dr. Turner Nashe, Jr., grew up in a single-parent household in a city which was devastated by the untimely death of the U.S. steel industry and then the introduction of the crack epidemic.

When he was 14, Turner moved in with his father who was a police officer. Turner watched his mother strive on to career success through furthered education, while at the same time listening to his father’s crime fighting exploits. He lived within the juxtaposition of knowing and watching his father work opposite of his friends and classmates who were forced to turn to the streets, in order to survive.

In this challenging dual environment, Turner carried along on the straight and narrow (as his father is also a second-degree black belt in Jiu Jitsu). This path that led him to college and then hard-earned early financial success in the real estate business. Then came the financial market crash in 2008.

Unable to apply for any financial assistance other than a student loan, he took the opportunity to earn his Masters and then a Doctorate in Educational Administration and Supervision from Tennessee State University in Nashville.

In 2010, Turner would encounter another hurdle that would shape the trajectory of his career.

He was indicted, with dozens of others, in a mortgage fraud case in Ohio. Before the charges were dropped without prejudice, he would have to return to Ohio to be booked, an experience he refers to as “the first day of his internship,” in his 2015 Ted Talk. “I knew I was innocent, but I also knew that God wanted me to see it, smell it, and feel what it is like to be in that situation. This is what it took to get me angry enough to want to fight the system”, says Turner.

“I heard a lot of uneducated, very hungry people who were probably taking full advantage of what little they had and were still coming up short,” he said in the Talk.

After returning to Nashville, Turner began researching prison education as part of his doctorate studies.

He quickly realized that communities of color suffer disproportionately and that among all populations, the rate of recidivism drops if inmates participate in a GED programs. But with prison lockdowns, solitary confinement, and antiquated texts, there was no consistent access to a learning environment.
Turner proposed that instead of moving an inmate to a classroom, educational material could be uploaded to a tablet computer and sent directly to an inmate’s cell.

Through his company, Innertainment Delivery Systems (IDS), which originally developed battery powered MP3 players for the corrections market, Turner created CorrectionEd—a system that allows inmates to take online courses offered by a state’s corrections department. To eliminate the need for WiFi, inmates can download courses and digital texts directly to their tablets through on-site kiosks. 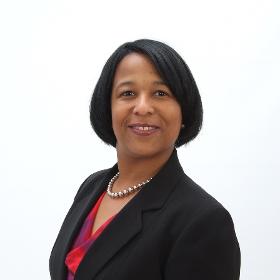 A few years later, Turner and his wife, Phylanice, sold IDS and came to The Community Foundation. The sale had provided their family both the financial resources and the tax incentive to explore opening a Donor-Advised Fund.

“We know individuals who have funds here. The Community Foundation is a really good liaison for people who want to be philanthropic, but don’t have the time or expertise to vet all of the requests received,” explained Phylanice Nashe in an interview. “They’ve been a great tool in helping to organize opportunities, individuals and organizations, while also setting up parameters for giving anonymously.”

In 2017, Turner and Phylanice opened the Nashe Family Fund to support their own charitable giving along with exposing their children to the power of philanthropy.

“Our children understand [philanthropy] is an obligation that they will have to continue on, in their adult lives,” said Phylanice. “It’s being a basic human being. You love God and you love the world, and it’s our responsibility to help others when you’ve been blessed. We fully expect their philanthropy to be carried out as well.”

The Nashes have expressed areas of giving that represent their personal life experiences as entrepreneurs and their work in delivering educational resources to the prison system. Since opening their Fund, they have made nearly 40 grants in the Middle Tennessee community to:

In 2019, the Nashes opened a second fund, called The Bridge Resource Partner Fund. They have been working with The Community Foundation staff and others interested in supporting the development of new resources and increasing the connected networks available to “Main Street” entrepreneurs in Nashville. “Traditional business banking options are almost non-existent in communities of color; we hope to help ease that tension just a bit with education and opportunity. The need is overwhelming”, says Turner.

As of 2016, 2.3 million people were incarcerated in the United States. We have the largest prison population in the world.

To some, second chances are a tired refrain. We make a mistake and have multiple opportunities to try again. But for many, one bad decision could lead to years — even a lifetime — behind bars.

The Nashe family believes that with the right tools and an education, incarcerated individuals who return to the public are far less likely to end up back in jail.

Investing in someone’s second chance could change the entire trajectory of their life and the lives of their family members. Ultimately these efforts impact community as well, hence our growing relationship with the The Community Foundation.