One thing you can count on about Middle Tennesseans — we remain generous with our time, and our money, when our neighbors need us the most.

Throughout nearly all of its 30-plus years of existence, The Community Foundation of Middle Tennessee (CFMT) has been responding to disaster as part of its longtime role in emergency management. Thanks to the generosity of many thousands of donors, and their trust in us, we work with volunteer community leaders and experts on the ground to determine how best to utilize the funds available during our emergency response grantmaking.

From its disaster funds, The Foundation makes grants for all phases of a disaster: immediate relief, short-term recovery, and long-term recovery. As the emergency response continues, it is important to recognize that the long-term recovery phase for a major emergency can last for years, and the impact of these long-term needs on nonprofits and those they serve will be considered in making grants. 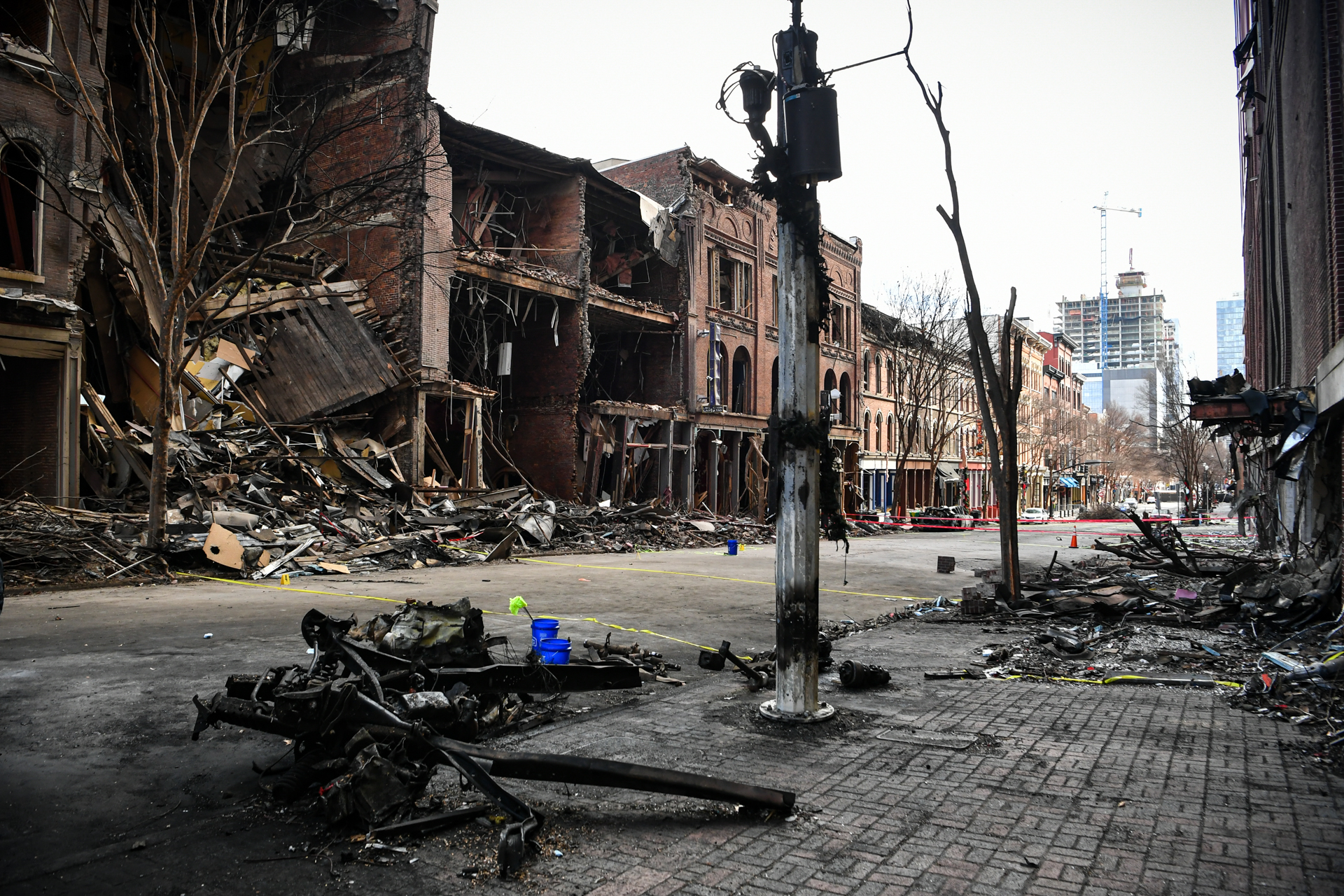 CFMT helps bring calm to the chaos. And these are indeed chaotic times, to be sure.

For nearly two years we’ve all maneuvered as best we can through a worldwide pandemic, through at least four major disasters — tornadoes, floods, a downtown bombing, more floods — and the economic turmoil that has accompanied all of this.

Keep in mind that The Community Foundation doesn’t take a fee on the disaster funds it manages. All work is done pro bono. (The funds do pay credit card company fee for the credit card gifts that are processed.).

Dec. 25, Christmas Day, 2021 marks one year since the early morning bombing in Downtown Nashville. The blast damaged dozens of buildings on Historic Second Avenue, knocking out telecommunications systems throughout the Southeast for several days, and leaving more than 1,000 employees without jobs and hundreds of residents displaced from their homes.

Many buildings remain under construction as the several-block area works to rebuild. It’s a time-consuming, laborious process to both rebuild as well as to maintain the area’s historic look and feel.

Thanks to the heroism of six Metro Nashville Police Department officers, who helped clear the area in the minutes before the blast, only the suicide bomber lost his life.

Here’s an update on the Nashville Neighbors Fund, which CFMT established just hours after the blast, in partnership with WTVF-NewsChannel5:

— Because this disaster was the result of a crime, there were federal resources through the Victims of Crime Act (VOCA) that accompanied and supported the recovery.

— There has been a very small and focused group of nonprofits involved in this recovery effort. Catholic Charities, Diocese of Nashville took the lead in the case management of residents, employees, and businesses from the affected area. The Christmas Day Bombing Downtown Response Long-Term Recovery Group, a committee composed of government and nonprofit officials, initially met weekly, but more recently has been meeting every other week.

— The Community Foundation and the United Way of Greater Nashville worked together on allocating the financial resources provided, and in one case co-funded a grant. Nearly all of funding went to Catholic Charities ($500,000 thus far) for covering support to survivors impacted by bombing for items that were not eligible for VOCA funding.

In 2021, $487,585.00 in grant funding supported the work of Catholic Charities, The District Nashville, Second Harvest Food Bank of Middle Tennessee, and the Civic Design Center-Nashville.

The latest round of grants from the Tennessee Emergency Response Fund to help survivors of the August 2021 flooding in Humphreys and several other Middle Tennessee counties was made on Dec. 9, 2021, totaling $292,360 in grant funding dispersed to the following organizations:

See the complete recipient list here. As of mid-December 2021, there were 58 flood survivors in case management, and there are eight known construction projects in the assessment phase.

As Nashville’s entertainment community continues to recover from the ongoing pandemic as well as from flooding, tornadoes, and other disasters, of The Community Foundation of Middle Tennessee’s ongoing bright spots has been the generosity of the entertainment industry itself.

One example in 2021 has been the fundraising efforts from country music superstar Morgan Wallen and his team of friends, who worked swiftly to raise and donate more than $835,000 to the Tennessee Emergency Response Fund to help survivors of the August 2021 flooding in Waverly in Humphreys County and surrounding areas. 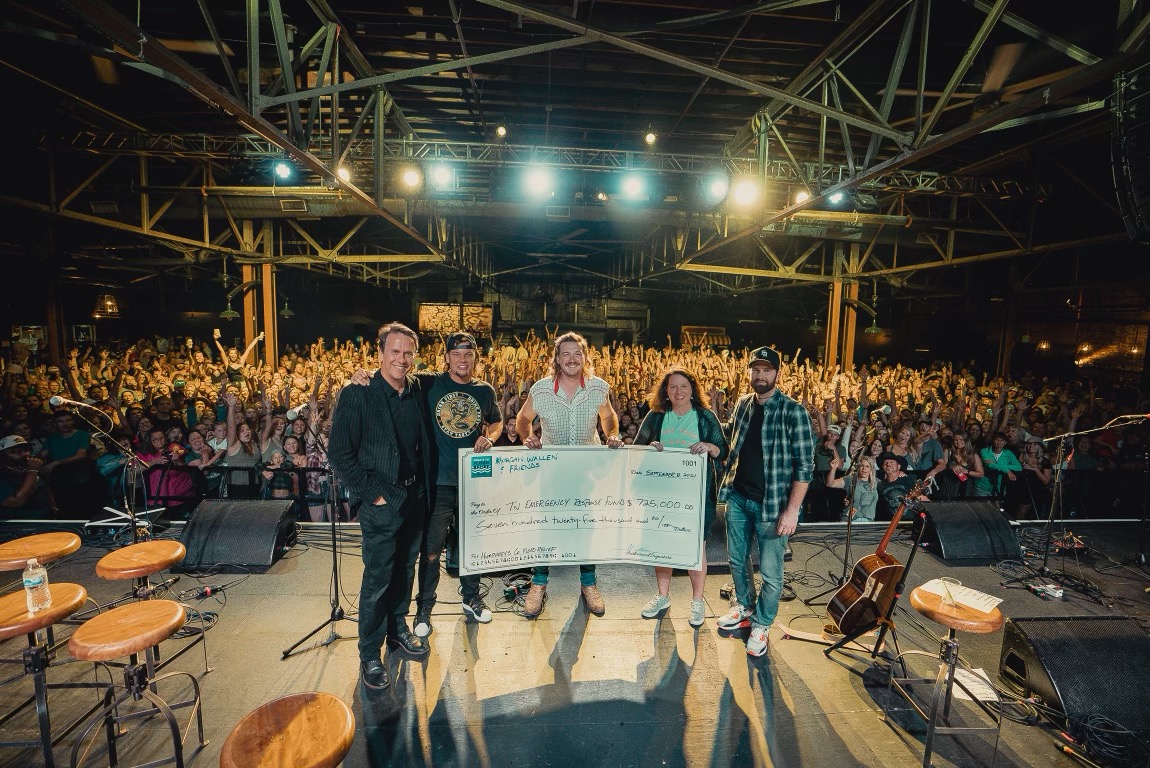 Proceeds from the Morgan Wallen and Friends concert at Marathon Music Works on Sept. 8, 2021 is providing support to organizations assisting survivors on this long road to recovery.

From the thousands of fans who joined and contributed that night to the many thousands who contributed online from all over the world for these efforts, flood survivors in Waverly and Middle Tennessee are supported by these incredible financial resources and ongoing emotional support.

Additionally, huge thanks go out to our partners at the Grand Ole Opry, Mike Fisher and Carrie Underwood, Craig Havighurst, Don Schilitz, Tennessee Titans, Trisha Yearwood and many others who donated to help those who needed the most with the August 2021 flooding.

When we stand together, it’s our finest hour.

While no deaths were reported in the immediate Middle Tennessee area, the deadly path of destruction resulted in scores of deaths in nearby Western Kentucky, most significantly in the small town of Mayfield.