This story is a part of the Give Black, Give Back Story Series. 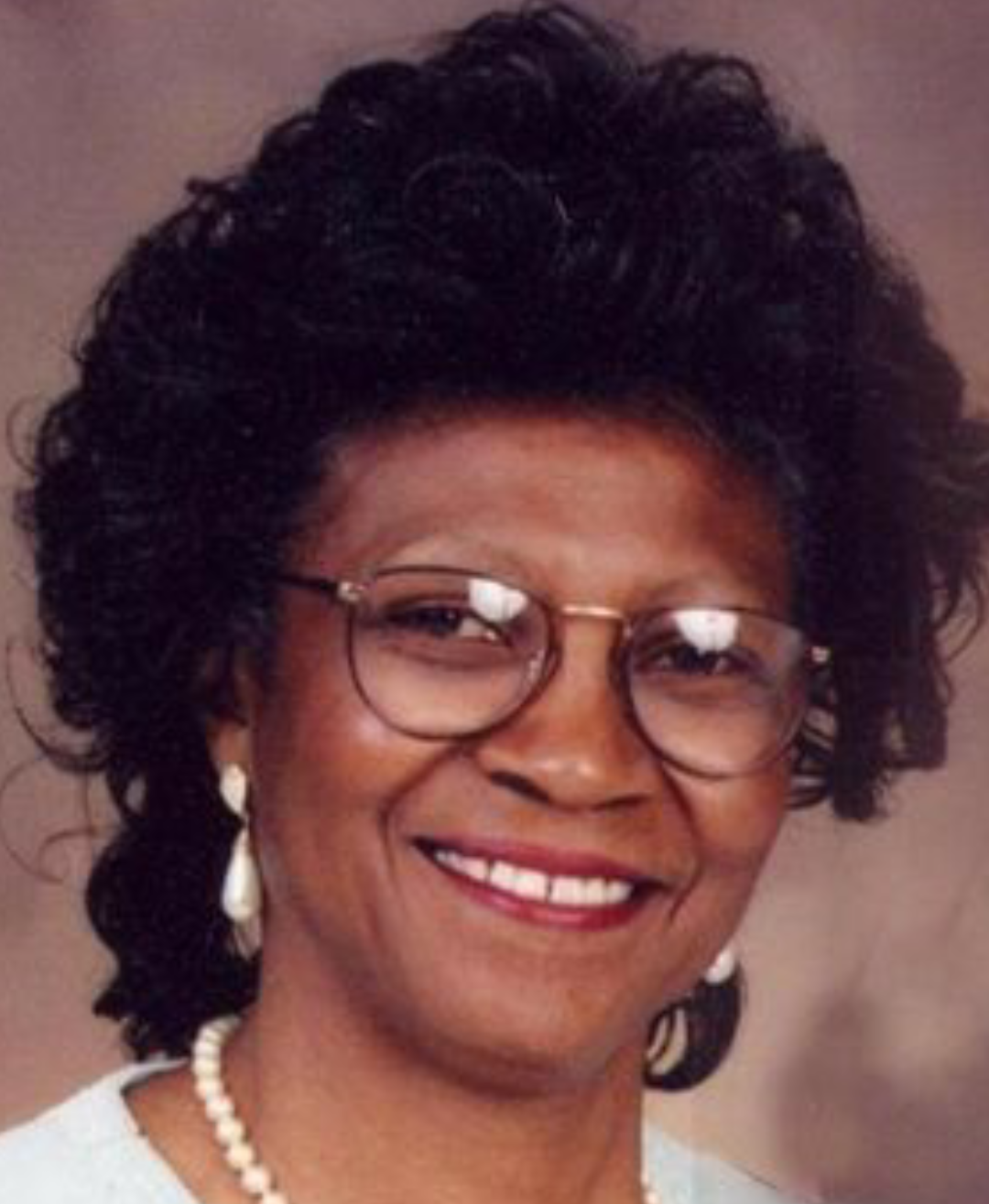 In past years, Felicia Pratt would be dreaming of a Pink Christmas right about now.

Pratt founded the Nashville-based nonprofit Pink Christmas in 2009 in memory of her mother, Mattie Pearl Howse-Pratt, who died at age 60 of breast cancer two years earlier.

Pink Christmas’ mission is to offer hope for breast cancer survivors and their families in the greater Nashville area. With the help of generous corporate and private sponsors, the small organization has worked with local doctors and partnered with other nonprofits to provide financial support as well as gifts and food donations to cancer survivors.

The gifts are called “Day of Diagnosis Bags.” The little pink bags can include a gift certificate from an area restaurant, a small journal to record doctors’ appointments, and a book of positive inspirations, for example. A physician presents the gift to the patient on the day they are given the news they have breast cancer.

“We get cards and thank-you notes from survivors who say, ‘You had no idea who I was, and you did something just for me,’” Felicia says.

Past fundraising events have included antique classic car shows, fashion shows featuring cancer survivors, and a Dine Out for Charity event at a local restaurant, all capped by a Pink Christmas party the second Saturday of December each year.

In the past, Felicia has hosted upward of 100 people in her home for Pink Christmas. Everyone is asked to wear something pink.

But not this year.

All Pink Christmas fundraising events have been postponed until 2021 because of the coronavirus pandemic.

“Breast cancer,” says Debrahia Goodman, a Pink Christmas board member, “doesn’t stop due to the coronavirus.”

About one in eight women will develop invasive breast cancer during her lifetime, and about one in 39 women in the United States —more than 42,000 — die from breast cancer each year, according to the American Cancer Society.

Felicia’s mother Mattie noticed a lump in her breast during self-examination. Her doctor confirmed the cancer, which had been in remission for more than 15 years before it eventually claimed her life.

Mattie was 43 at the time. Her daughter Felicia was 23. Neither had previously ever had a mammogram. That changed quickly.

And while the disease eventually claimed her life, mother Mattie’s strength and optimistic nature has carried on through her daughter as she advocates for regular mammograms and helps brighten the lives of survivors through Pink Christmas.

“My mom always said to keep the faith and you will be blessed,” Felicia says. “I try to be very optimistic. Even during the pandemic, there hasn’t been a month that we haven’t received a donation through our website, or received a check.”

The organization manages on a skeleton staff and just a handful of board members. One of her mother’s best friends, Mary Bryant, was an original board member.

“I do just about anything Felicia asks me to,” says Mary. “Officially, I’m an advisor … because I’m retired and I have an opinion on a whole lot of things.”

Fellow board member Rodney Harris joined the organization because his wife, Patricia, is part of the same Delta Sigma Theta sorority as both Mattie and Felicia.

Says Harris, “You cannot say no to Felicia.”

Despite the challenges of the pandemic, and the ravages of breast cancer, Felicia Pratt remains steadfast in her mission to bring some joy to cancer survivors.

“Pink Christmas has grown beyond anything I could even imagine,” she says. “I am most grateful.”

For more information, go to the Pink Christmas website http://ourpinkchristmas.com or call 615-497-3149. 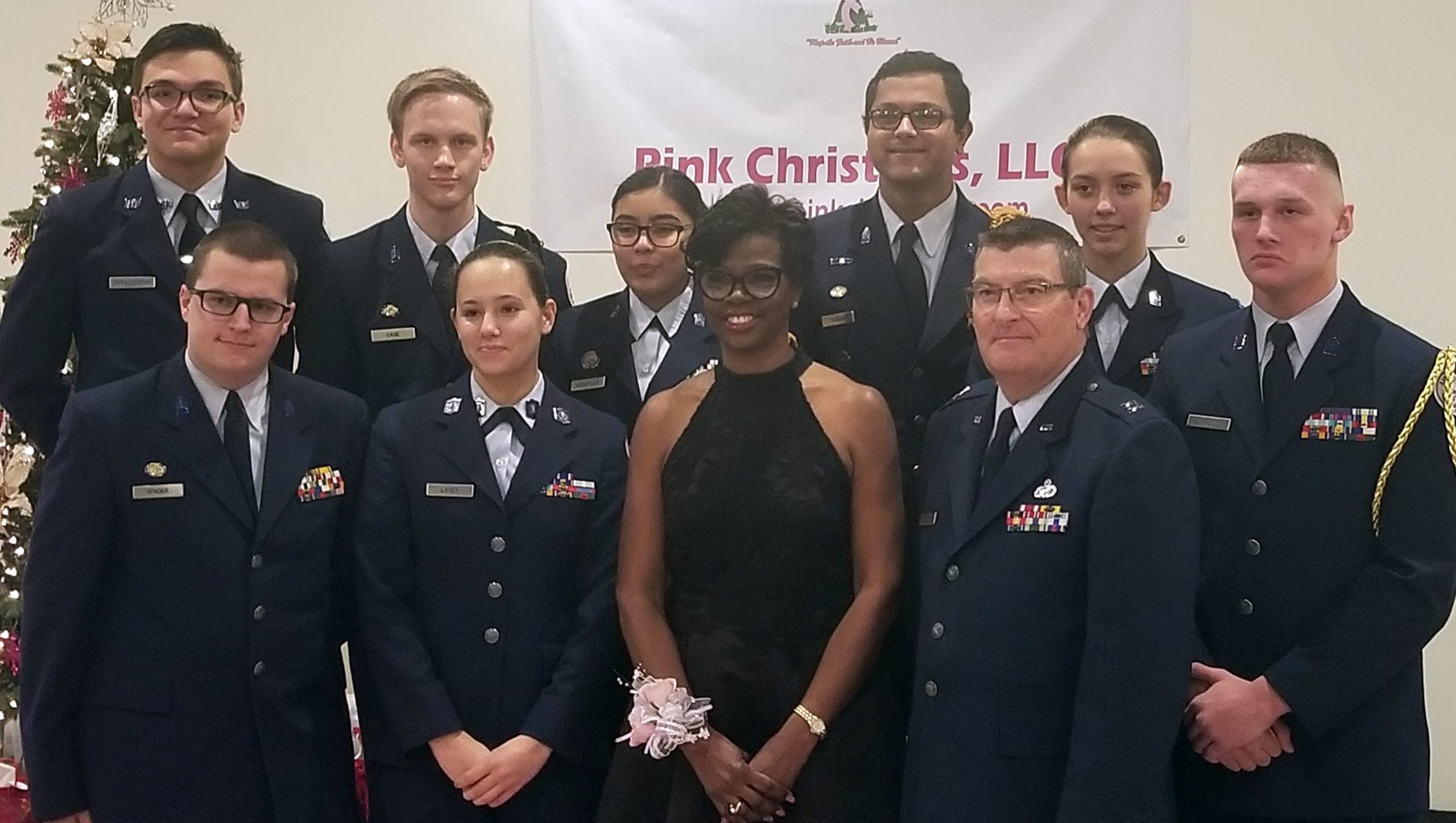 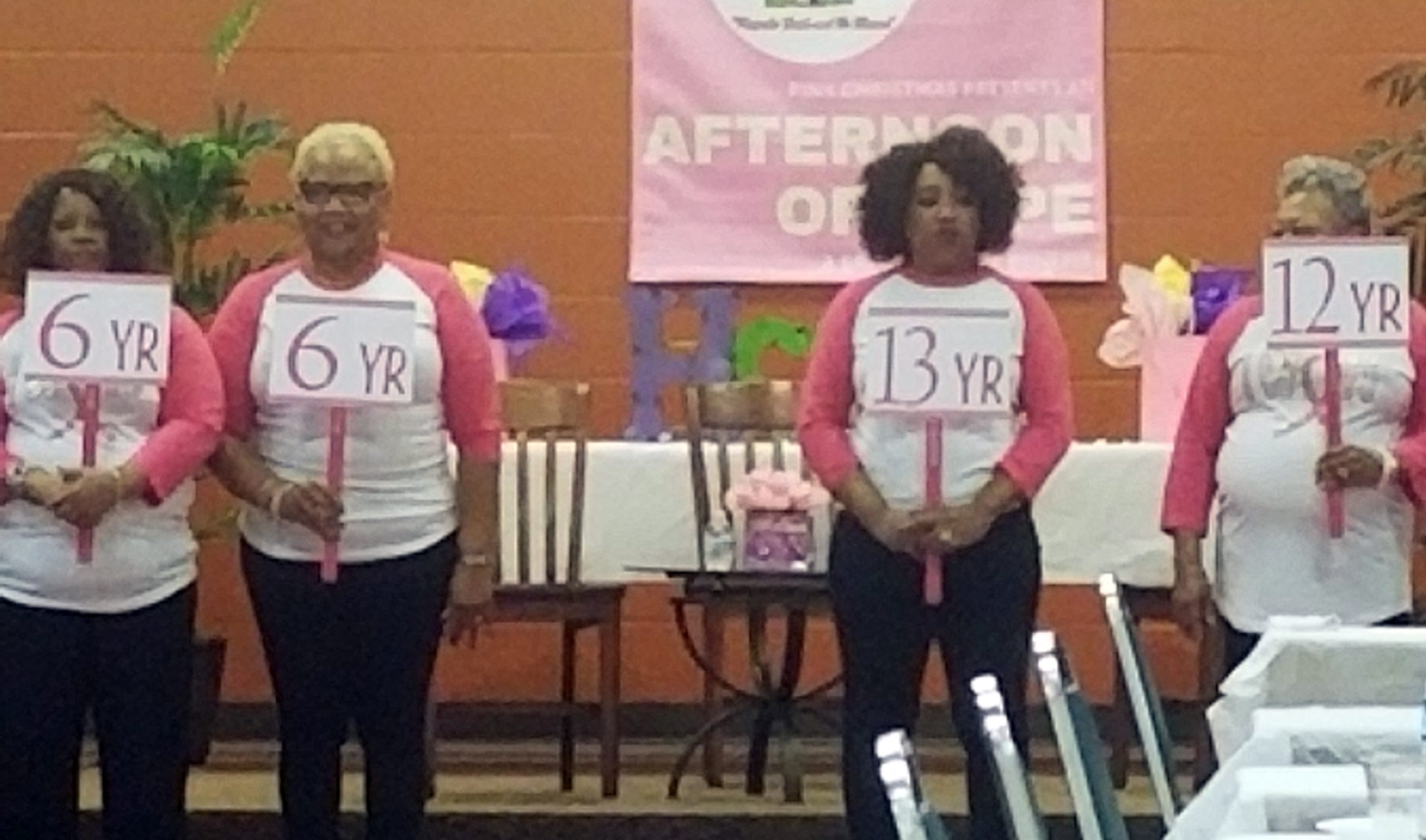 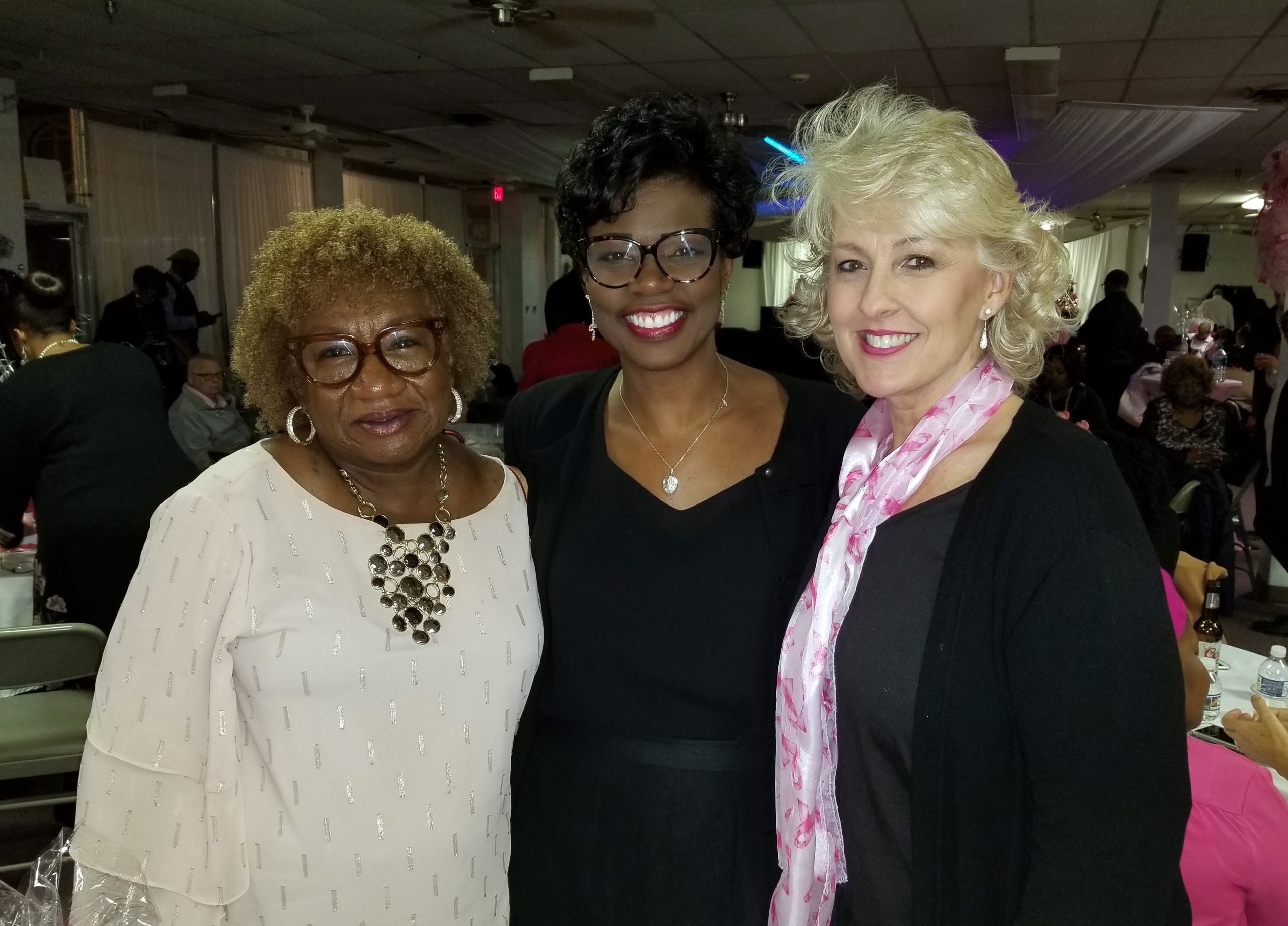 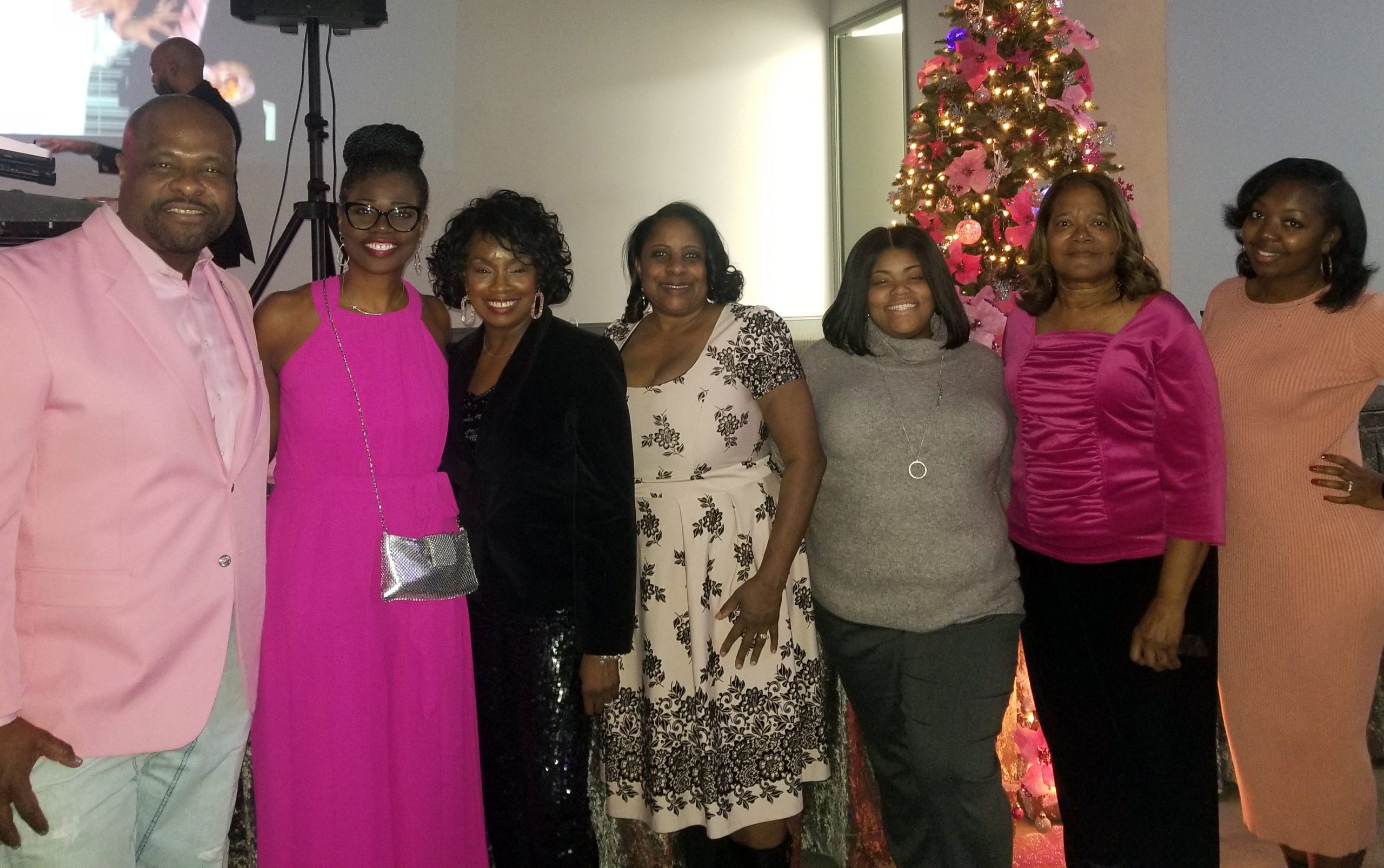 The Facts About Breast Cancer

October is Breast Cancer Awareness Month, an annual campaign to increase awareness of the disease.

Breast cancer is the most common non-skin cancer among American women.

Regular mammograms — an X-ray picture of the breast — are the best test doctors have to find breast cancer early, sometimes up to three years before it can be felt, according to the Centers for Disease Control and Prevention.

Advances in breast cancer treatment mean many women today can expect to beat the disease and maintain their physical appearance.

When and how often should women get a mammogram? The American Cancer Society has published these guidelines:

Women should also know how their breasts normally look and feel, and report any breast changes to a health care provider right away.

For more information, go to the American Cancer Society website.