“I love living in Nashville,” Mohamed Shukri-Hassan said, standing outside The Horn Coffee on Murfreesboro Pike. As owner of the Som Café, he was proud to show off the new renovations in-between greeting customers and friends. “This is a city where opportunities are plentiful and the people are kind.”

Shukri-Hassan’s journey to Middle Tennessee is a unique one. Shortly after being born in Somalia in 1986, his family fled their home country due to the growing Civil War. The family bounced from place to place in East Africa, eventually settling in Nairobi, Kenya. Though they found temporary solace, they had dreams to live in the United States of America. Shukri-Hassan’s mother was the first to make the leap overseas through the immigration lottery. After a few years of saving, the rest of the Shukri-Hassan family joined her in Decatur, Georgia. 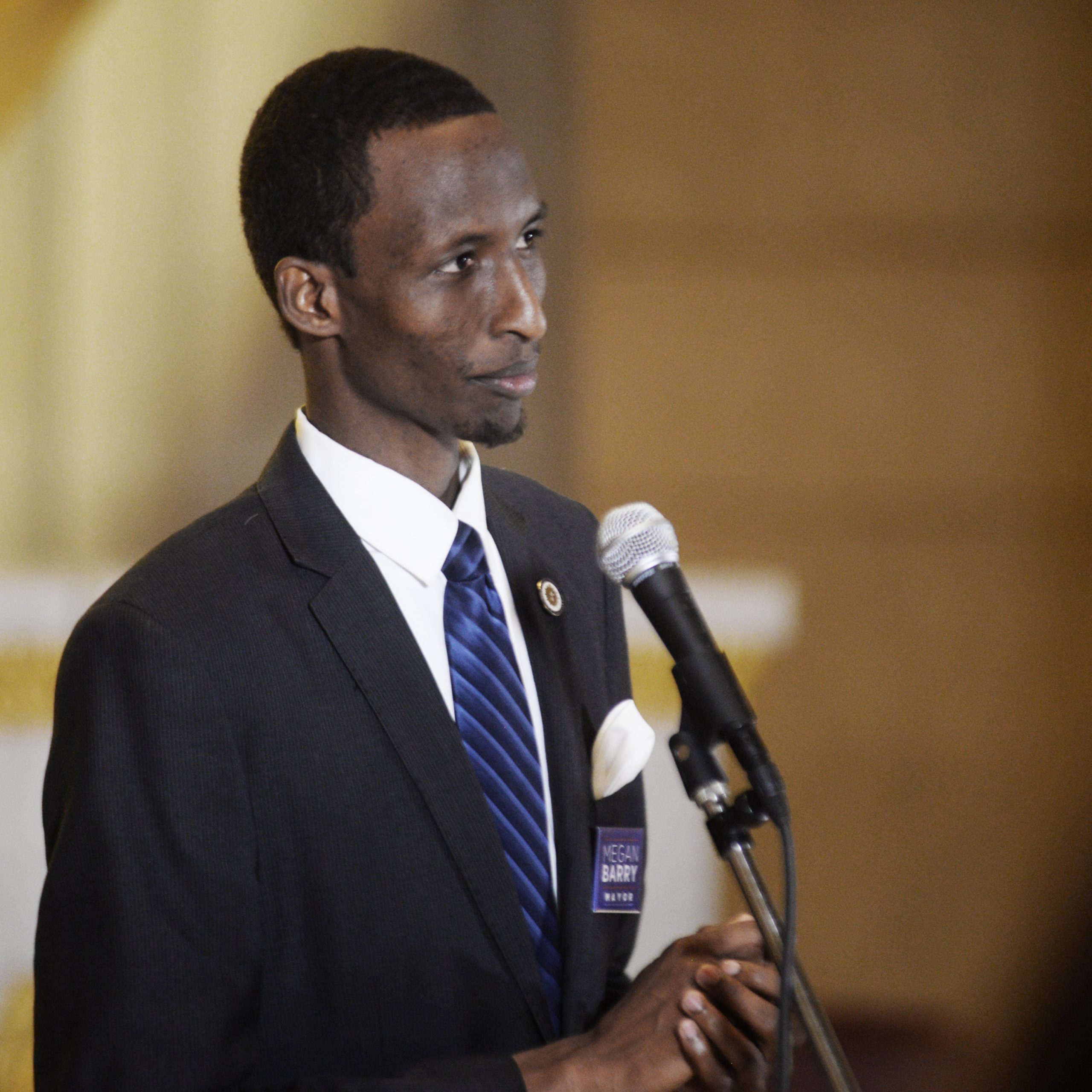 After moving to America, Shukri-Hassan was inspired by what could be achieved, but also intimidated by some of the cultural differences. The teenager acclimated himself to his new world at every chance. Along with picking up things at school, he even discovered other avenues to tackle the language barrier. “I learned a lot of English from the television show ‘Saved by the Bell,’ ” Shukri-Hassan said with a laugh.

In December of 2006, the Shukri-Hassan family moved to Nashville for better opportunities. While his mom began working for Goodwill Industries, the 19-year-old Shukri-Hassan knew he had to take advantage of what was available to him through hard work. Hassan began delivering pizzas for the West End Avenue Pizza Hut and afterwards patrolled businesses as a nighttime security guard. Education was also key to Shukri-Hassan. While continuing to grind at his part-time jobs, he enrolled at Nashville State Community College and eventually earned his political science degree at Tennessee State University.

During his time in school, he became involved with Tennessee Immigrant and Refugee Rights Coalition, helping mentor other new Americans. Finding his passion of assisting those who will walk a similar path, Shukri-Hassan championed immigrants by serving on numerous boards, including the Mayor’s New Americans Advisory Council.

In doing so, they gain a better understanding of how their government works and learn how to resolve issues and obtain information.

Hassan’s journey from Somalia to Nashville came full circle when the 2012 MyCity graduate spoke to the Class of 2015 in Centennial Park’s Parthenon. He boasted about the opportunities this country, especially this city, provides. Hassan is enrolled in Lipscomb University’s Nelson and Sue Andrews Institute for Civic Leadership, is owner of Som Cafe, and runs a consulting firm which helps refugees and immigrants establish businesses, allowing them to invest in their neighborhood and Nashville.

“I’m very fortunate,” said Shukri-Hassan. “It just goes to show if you work hard, there is no better place to be than America.” 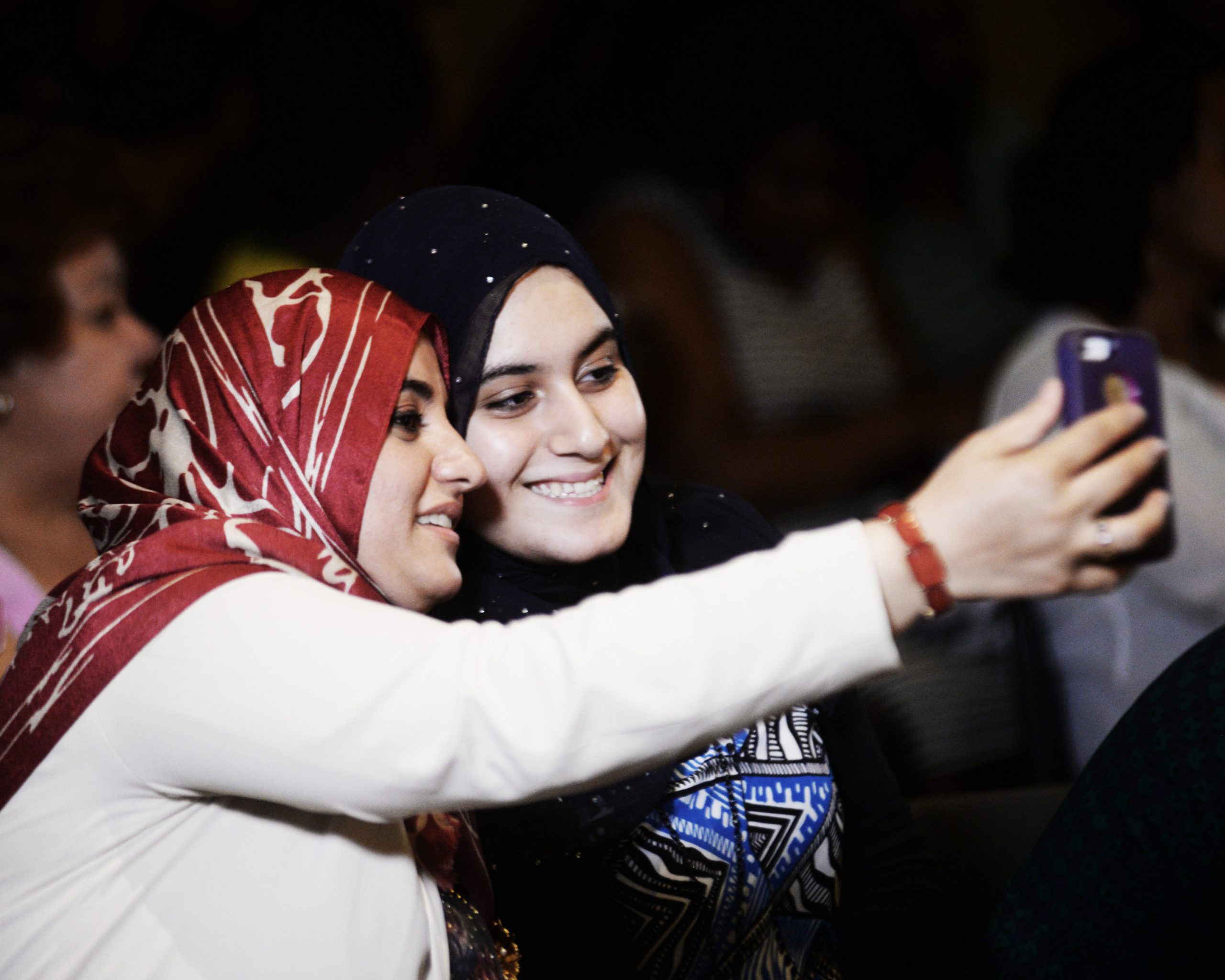 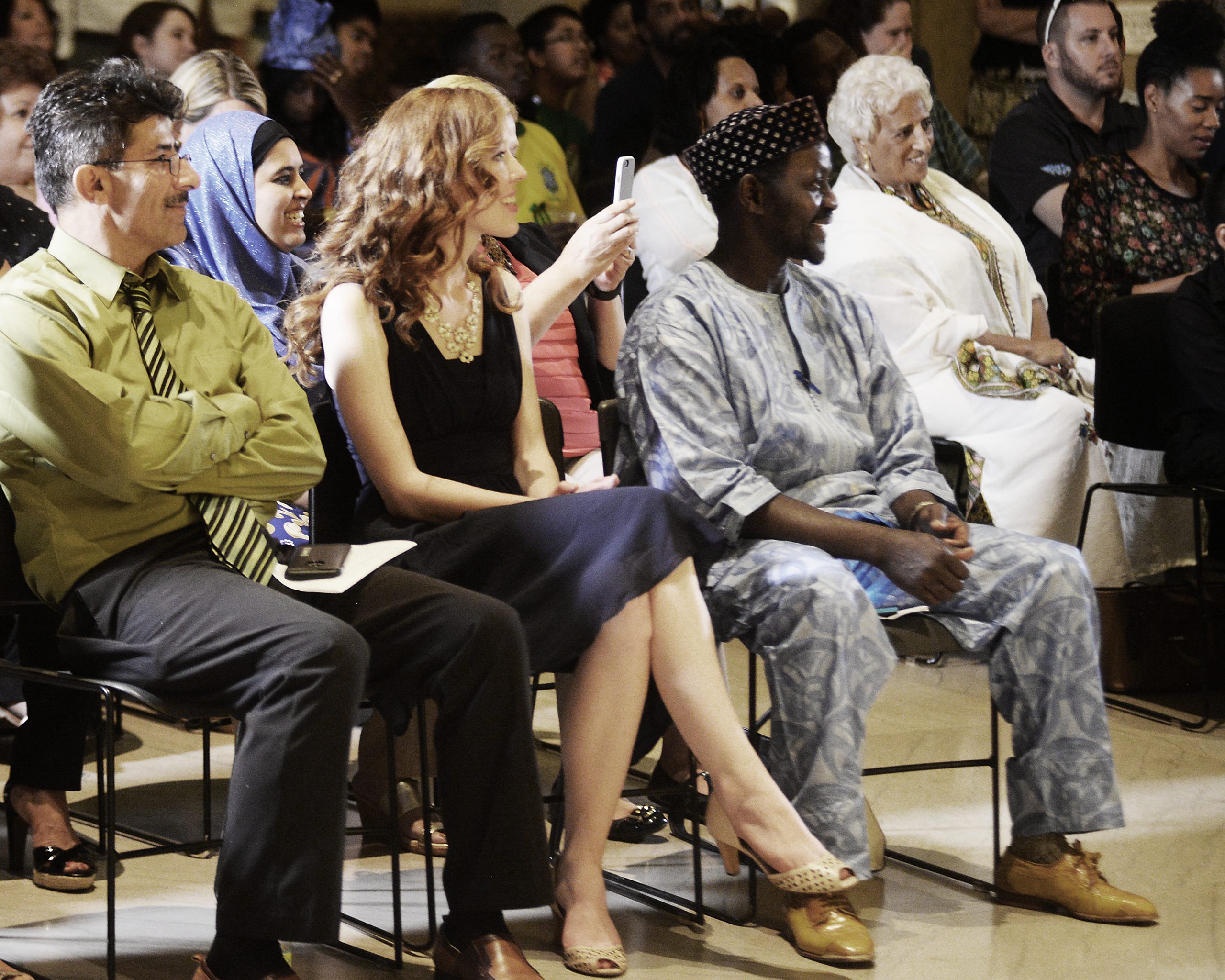 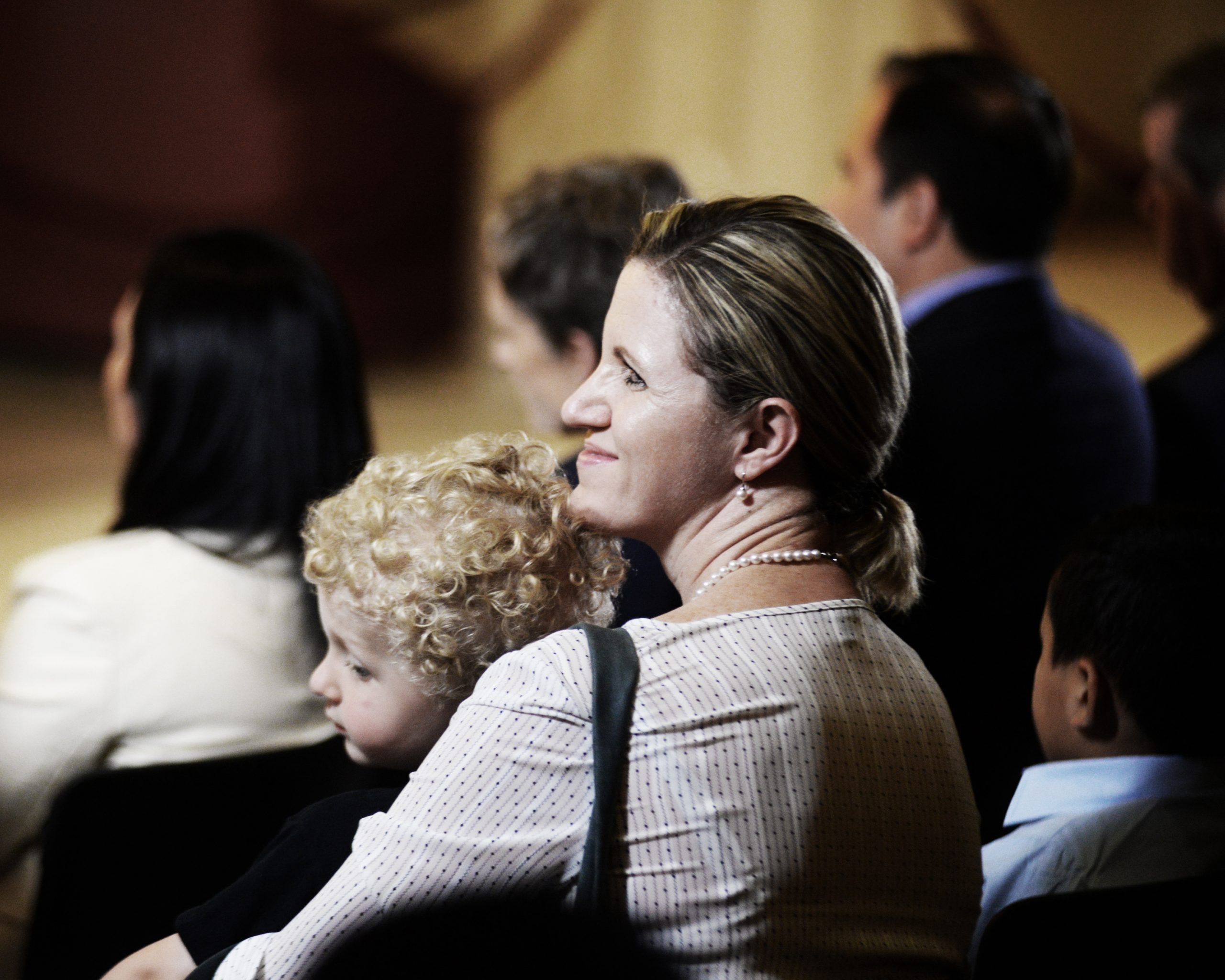 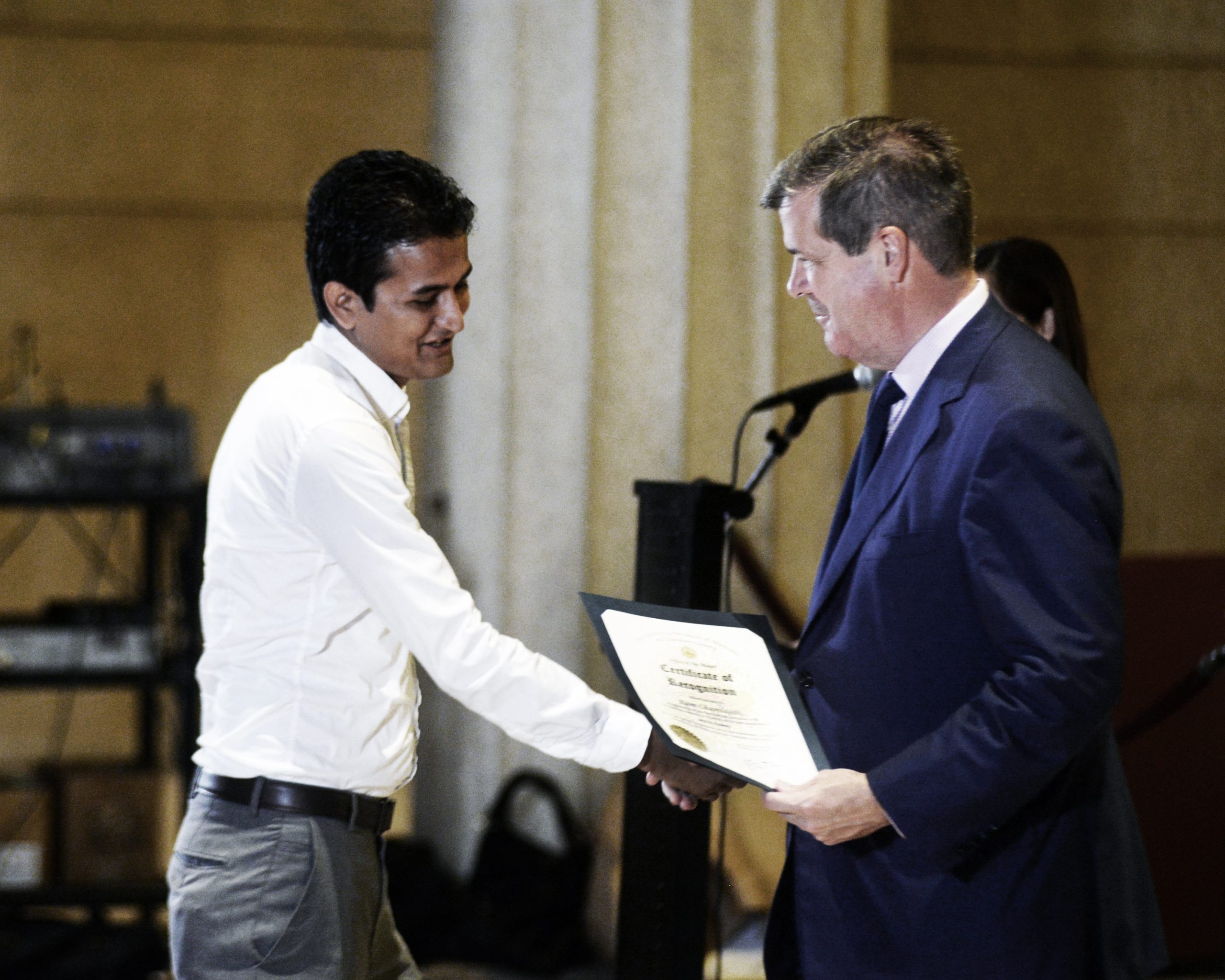