The event also will feature a luminary filled panel titled “A Conversation About Building Bridges to Equality” that will include:

Said Ellen Lehman, president of The Community Foundation of Middle Tennessee. “Like Francis Guess, many people born and raised here have worked to build bridges for those in need of a hand up to a better future. David and Gail Williams weren’t born here, but individually and collectively have set about building bridges to people of every age, race, religion and economic status. Hands were extended to them on their arrival, and in turn they extended their hands to make the path easier for others.

“They walked the walk instead of just talking the talk,” Lehman continued. “But for them the lives of hundreds would be on a vastly different trajectory.”

ABOUT DAVID WILLIAMS II
Williams died at age 71 on Feb. 8, 2019, just days after retiring from his 18-year tenure as a Vanderbilt University vice chancellor. He had returned to being a full-time tenured professor at Vanderbilt Law School. Williams was focusing his faculty efforts on the important role sports plays in society by establishing a new Sports, Law and Society Program at the Law School.

Williams, the first African American vice chancellor at Vanderbilt, dramatically elevated the student-athlete experience while leading Vanderbilt Athletics. During his tenure as athletics director, Williams brought significant attention to sports’ impact on society, underscoring Vanderbilt’s rich and often troubled history during the civil rights movement. He was instrumental in leading efforts for recognition of and reconciliation with Vanderbilt pioneers, including Perry Wallace and Godfrey Dillard, and in educating current students, faculty and staff about the university’s past.

Born and raised in Detroit, Michigan, Williams joined the law faculty in 2000, when he began working in Vanderbilt administration as a vice chancellor, general counsel and secretary of the university. His areas of expertise included sports law, law and education, and tax law. In 2002, student affairs was added to his responsibilities, then athletics the following year. In 2012, he was officially given the title of vice chancellor for athletics and university affairs and athletics director.

Prior to coming to Vanderbilt, Williams worked in student affairs administration at The Ohio State University, where he was also a law professor.

Williams held many professional and community leadership positions through the years as a prominent representative of Vanderbilt, including serving on the Board of Trustees of The Community Foundation of Middle Tennessee. He also chaired CFMT’s The Sports Fund Advisory Board.

ABOUT GAIL WILLIAMS
Since 2001, Gail Williams has been Associate Director of Community Relations at Vanderbilt, where she is responsible for building partnerships and collaborations on behalf of the university; mostly done through innovative, creative academic based programming.  Prior to moving to Nashville in 2000, she was on the human resources staff of Ohio State University and later became the Executive Assistant of Outreach and Engagement for the university. She earned her bachelor of arts degree in political science from the University of Michigan and holds a J.D. degree from the University of Detroit School of Law. Prior to moving to Columbus, Ohio, she practiced criminal defense and domestic relations law in the Detroit area.

Beginning summer of 2014, Gail became an instructor in the Peabody College of Education and Human Development’s Independent School Leadership M.ED program, where she teaches a course in Independent School governance along with a course in community engagement. She recently joined the Literature Science and Arts Dean’s Advisory Council at University of Michigan, which allows her to travel back to her alma mater twice a year, where she has led discussions on diversity and inclusion as well as been advisory to other important issues impacting the university.

Currently, Gail is serving for a second time as Chair of the Metropolitan Nashville Transit Authority Board of Directors and previously served as Chair of the Finance and Transportation Committees. She is the current Chapter President of the Nashville Chapter of the Links, Incorporated. Prior to serving as president, Gail served as Financial Secretary for her chapter. She is also the President of the Board of the Healing Trust.

Gail serves on the boards of: Transit Alliance; The Frist Art Museum and chairs its Education Council; Tennessee Performing Arts Center and the Opera Advisory Board. She has also previously served on the boards of the YWCA; The Women’s Fund Advisory Board of The Community Foundation of Middle Tennessee; University School of Nashville, having served as President and Vice President; Harpeth Hall School for Girls, Board of Professional Responsibility of the Supreme Court of the State of Tennessee; The Land Trust of Tennessee; Nashville Opera, The Ladies’ Hermitage Association, and The Nashville Aquatic Club, where she served two years as president. 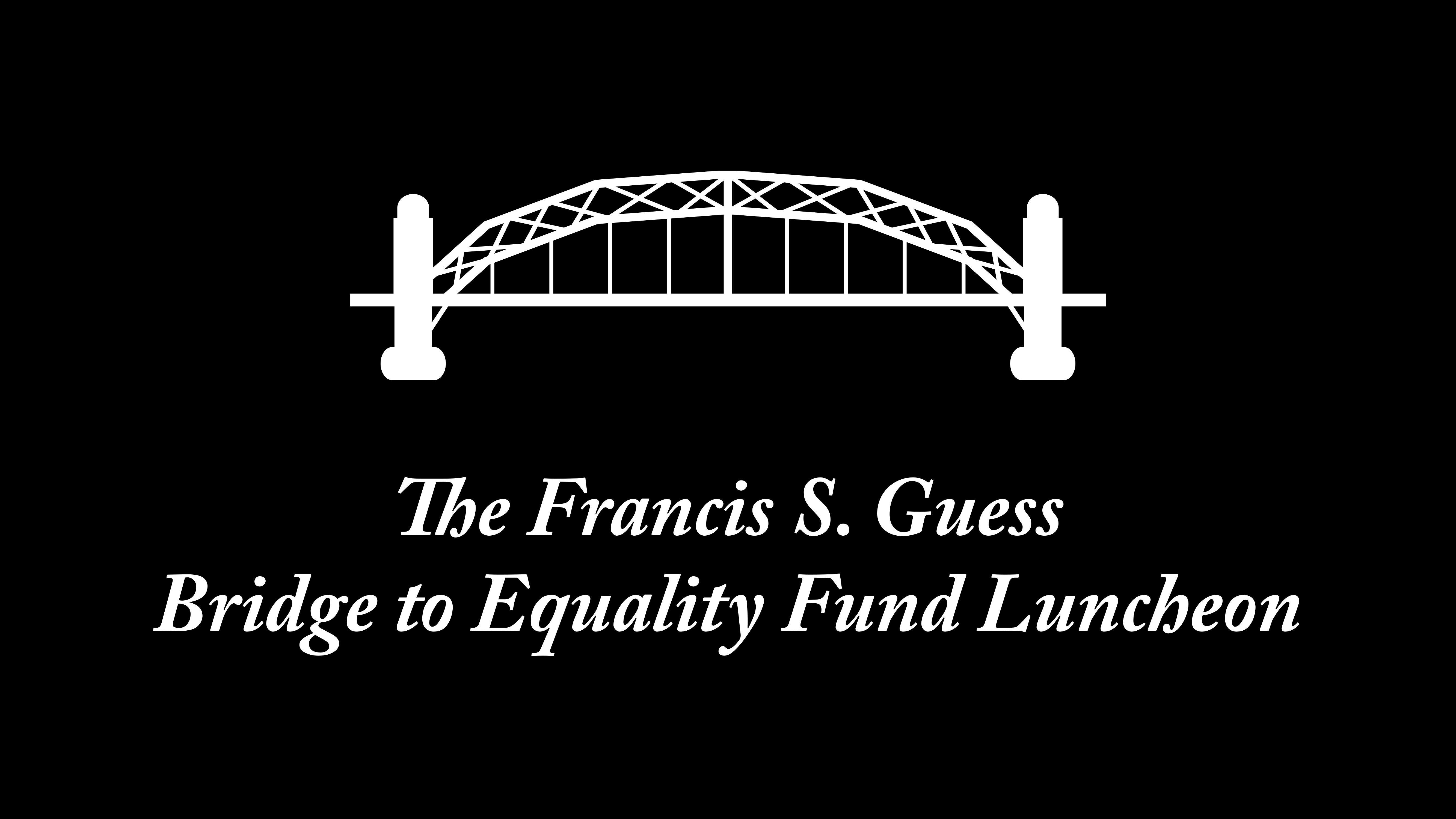 ABOUT THE FRANCIS S. BRIDGE TO EQUALITY FUND
The Francis S. Guess Bridge to Equality Fund was established to honor Francis S. Guess’s life and continue his work breaking down barriers and building bridges. The award was created to honor the memory of a man who served our community with vigor, commitment and pride for decades. He found his own bridge to equality and then created the same opportunities for others throughout the country and here at home. The award is given annually to individuals who, like Francis, have helped others attain equality and have created opportunities for all.

ABOUT FRANCIS S. GUESS
Francis S. Guess (1946-2015) was a Nashville trailblazer in his business and civic life as well as a tireless champion for civil rights. Guess grew up in the old Preston Taylor Homes public housing development. After serving in the U.S. Army during the Vietnam War, attending Tennessee State University and Vanderbilt University, he forged a path in the business world and became vice president of The Danner Company, which operated Shoney’s restaurants, and owner-operator of Helicopter Corporation of America. He served 30 years on the Tennessee Commission on Human Rights and was appointed by Ronald Reagan to the U.S. Commission on Human Rights. A resident of Bordeaux, he served on more than 100 boards and commissions and had a lifelong commitment to building bridges and creating equal opportunity in the community he loved.

ABOUT THE COMMUNITY FOUNDATION OF MIDDLE TENNESSEE
The Community Foundation exists to promote and facilitate giving in the 40 counties of Middle Tennessee and beyond. It does this by accepting gifts of any size from anyone at any time and by empowering individuals, families, companies, nonprofits, and communities to respond to needs and opportunities that matter. The Community Foundation works with people who have great hearts, whether or not they have great wealth, to craft solutions that reflect their intentions and goals. For more information, call 615-321-4939 or visit www.cfmt.org.