Sometimes the reasons for moving from an aging building to a new building have more to do than just leaving behind a leaky roof, cracked stucco, finicky plumbing and consistent electrical issues.

Pete Bird, longtime president of The Frist Foundation, got to the heart of the matter at a groundbreaking ceremony Wednesday, May 26 to unveil details of The Community Foundation of Middle Tennessee’s future home at the corner of Woodmont Avenue and Belmont Boulevard in Green Hills.

“It’s not because the Foundation staff needed new admin space,” Bird said. “It’s because The Community Foundation is the focal point for Nashville philanthropy. It’s where people and ideas come together — frequently — to make great things happen in our region.

“For that you need space, you need parking, and you need a welcoming environment,” he continued. “As I look at the building plans and at this fantastic location, I think that’s exactly what we’re going to get. 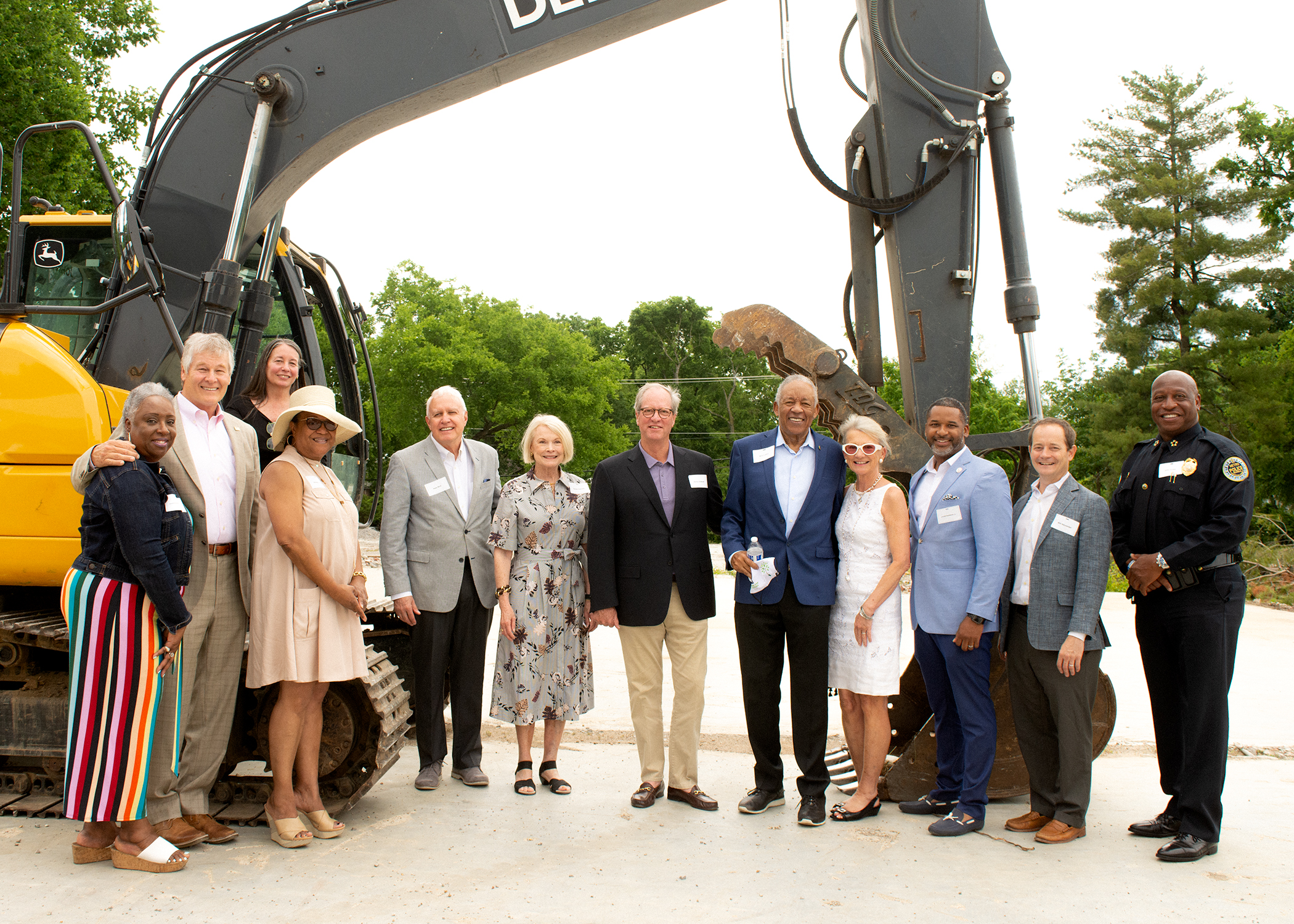 Bird’s announcement that The Frist Foundation has committed $1 million toward construction of the facility was a highlight of the ceremony at the site, which attracted more than 75 funders, board members, and city officials, including former Nashville Mayor Bill Purcell, Metro Nashville Chief of Police John Drake, Davidson County Clerk Brenda Wynn and Juvenile Court Clerk Lonnell Matthews, and Metro Council members Sharon Hurt (At-Large) and Russ Pulley, who represents the neighborhood’s District 25.

A full groundbreaking is set for later summer, with an anticipated late 2022 construction completion.

Former CFMT board chair Susan Simons has been a leader on the organization’s building committee and has worked with fellow Board of Trustee member Bert Mathews “for at least 15 years” in finding a new home for The Foundation, which has been in its 3833 Cleghorn Ave. home about a mile and a half away since 2002. 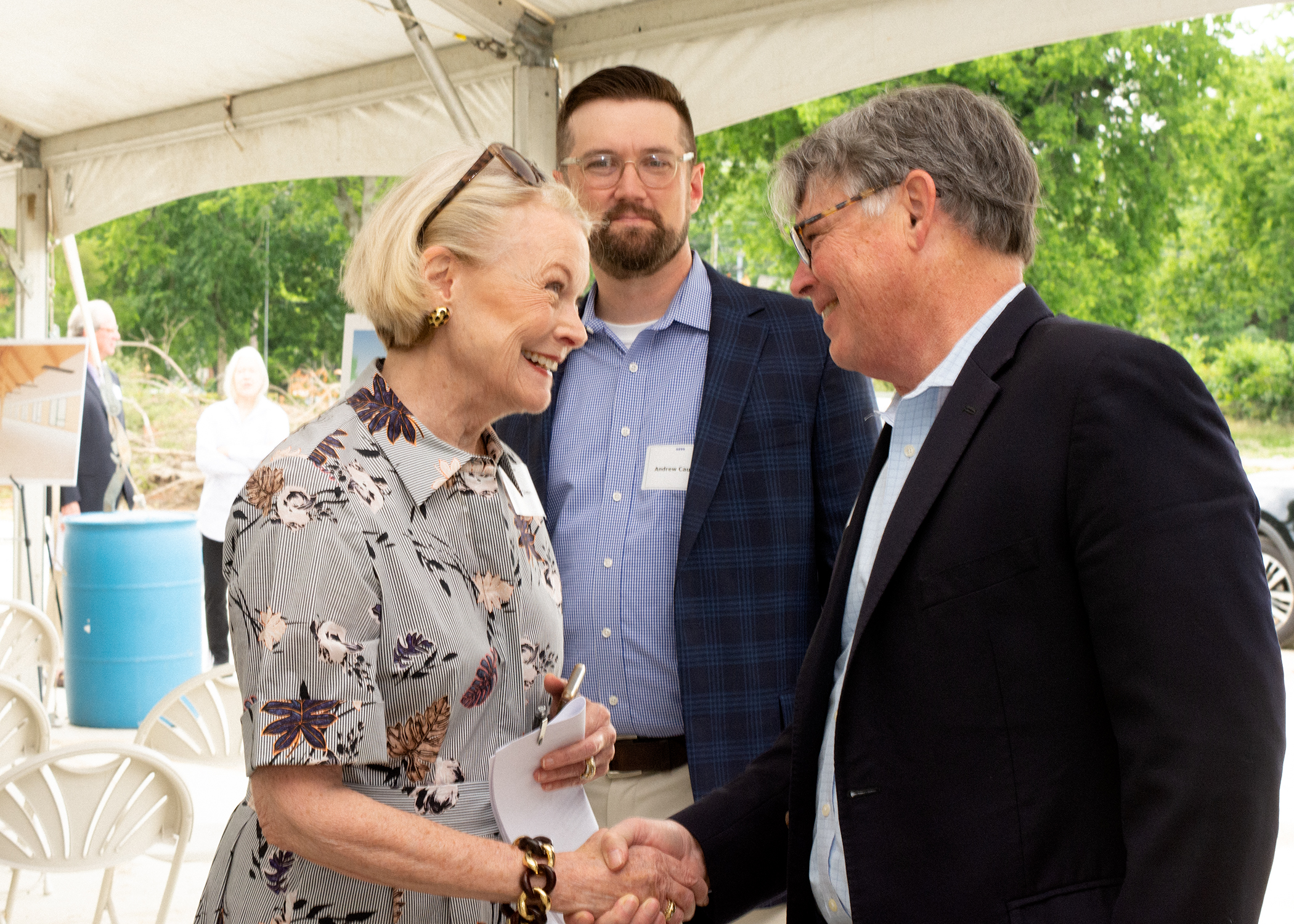 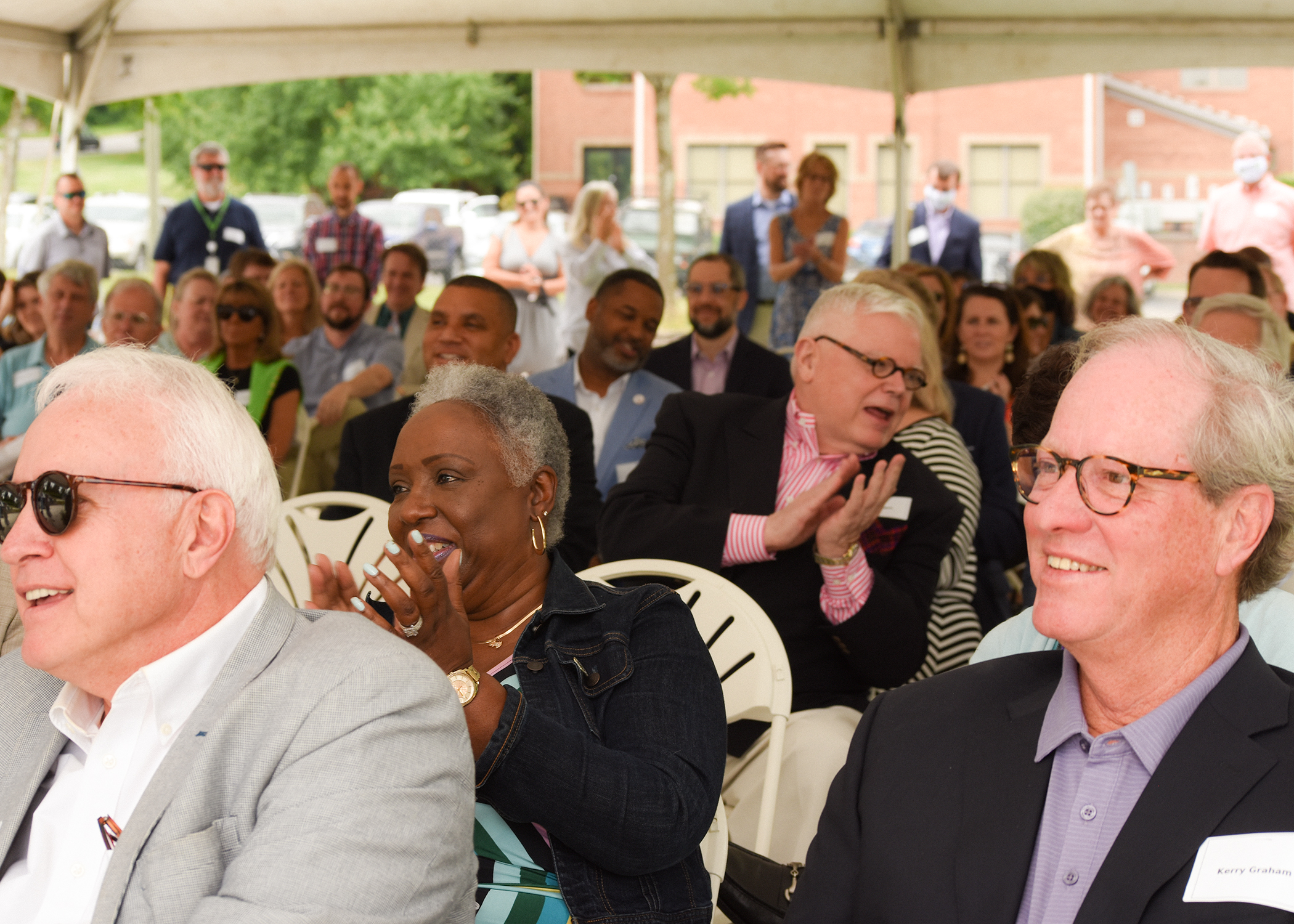 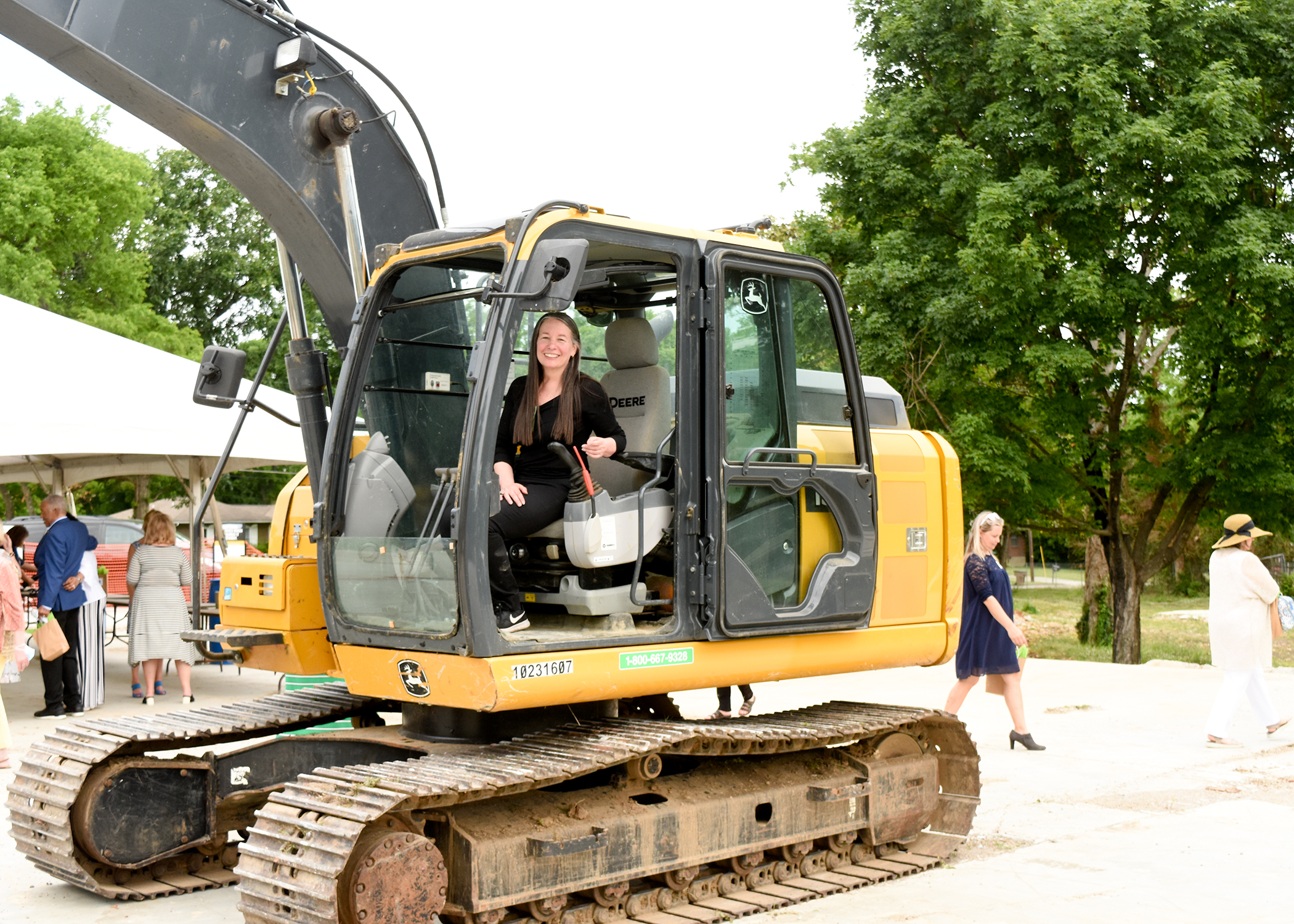 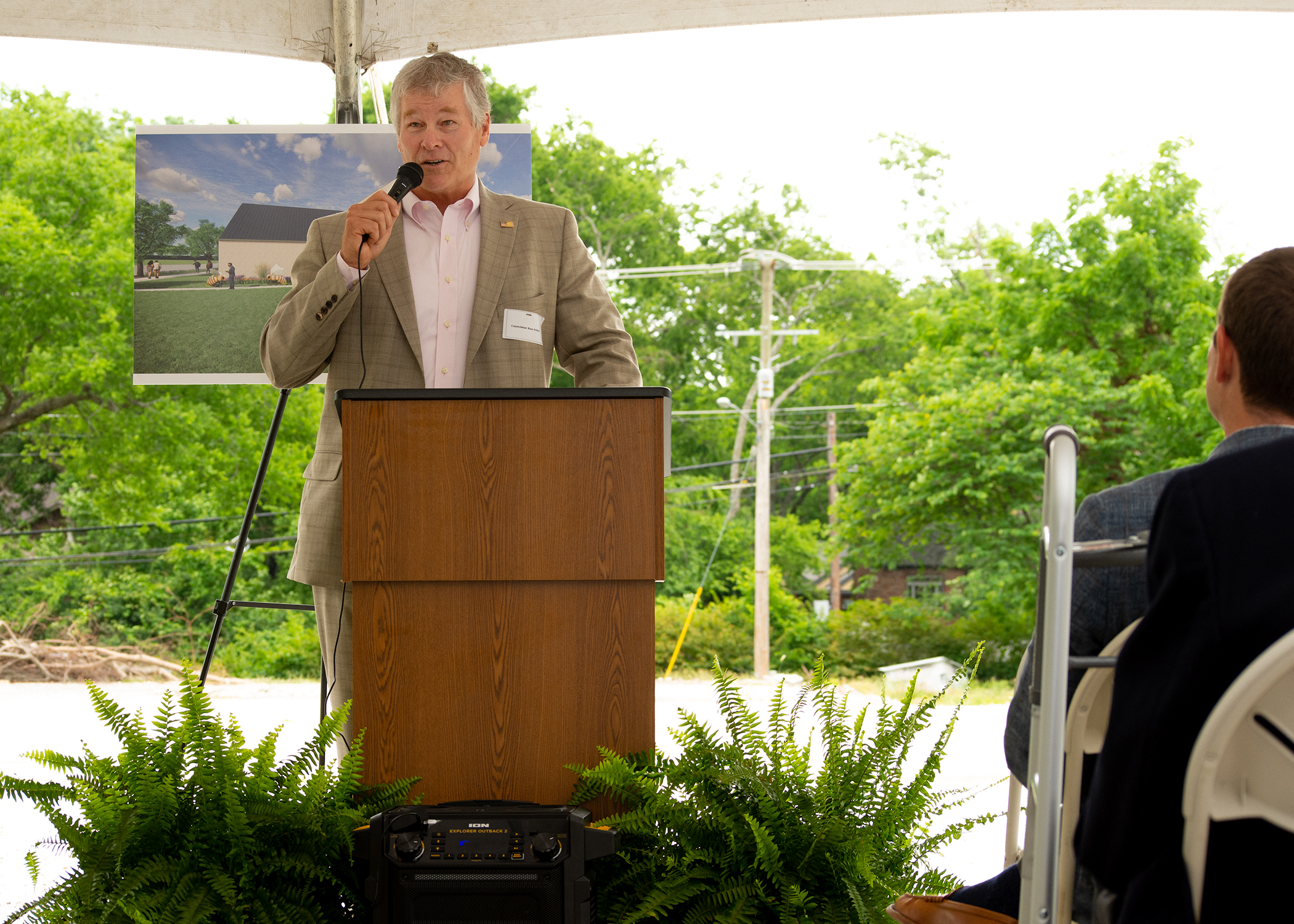 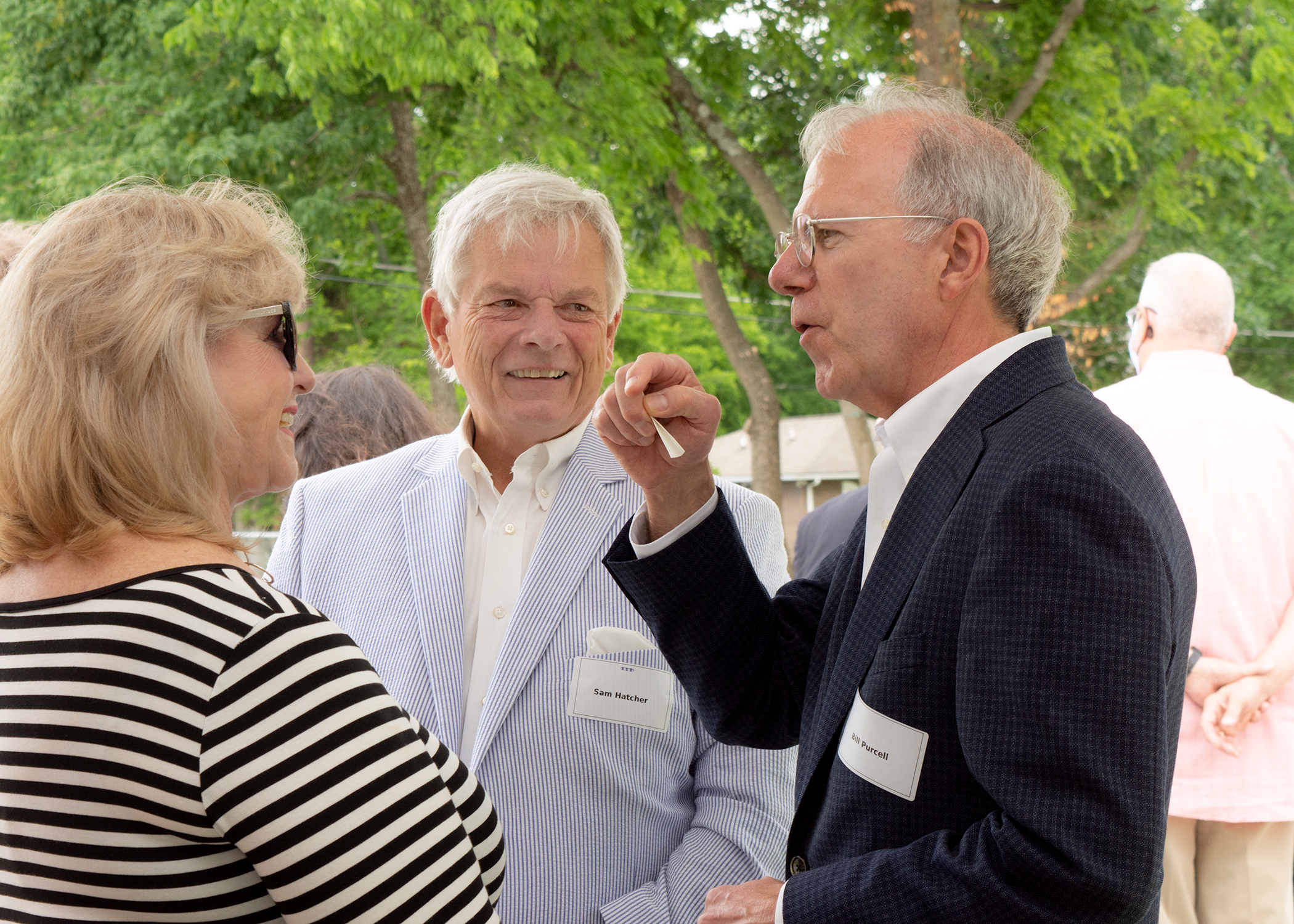 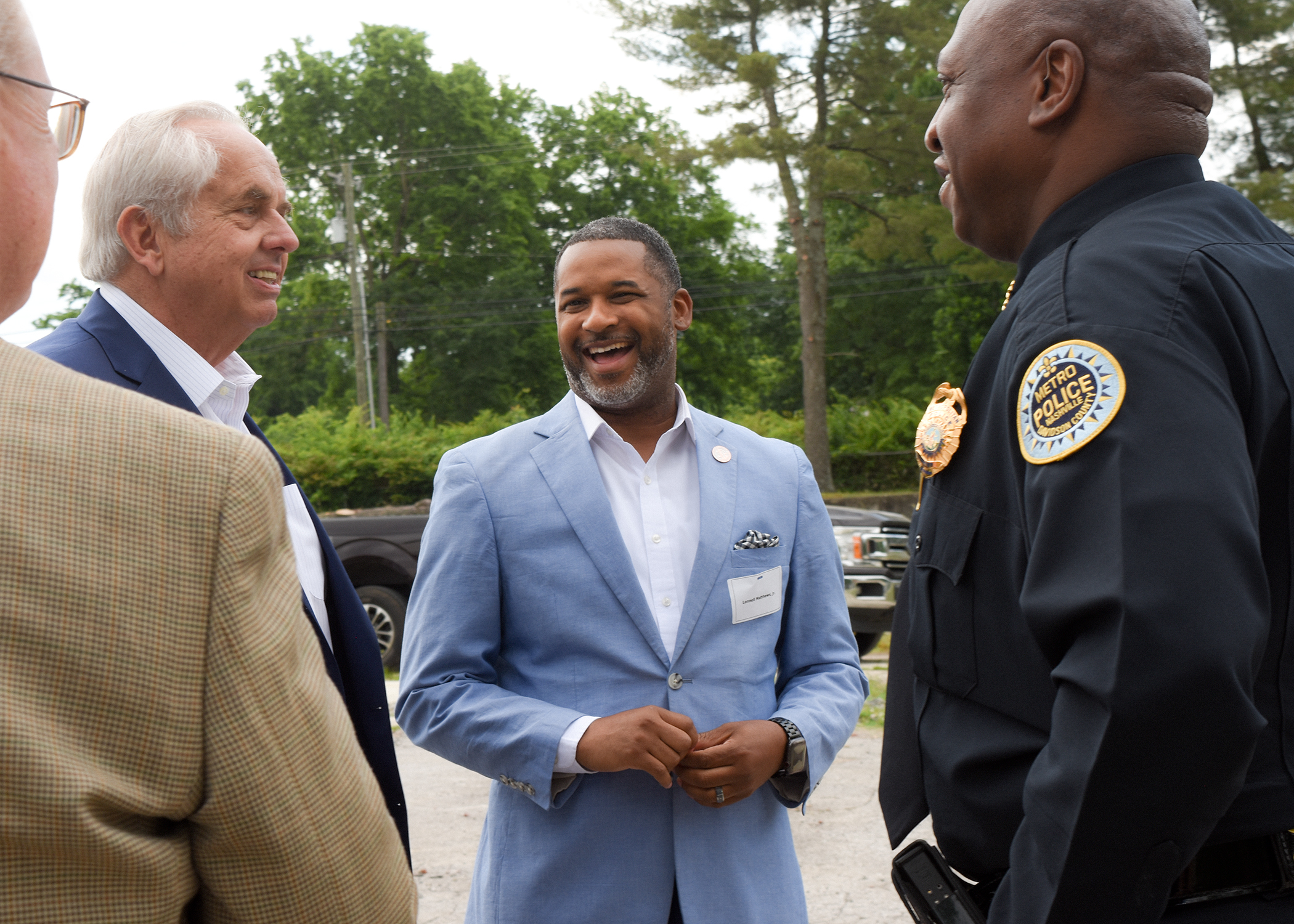 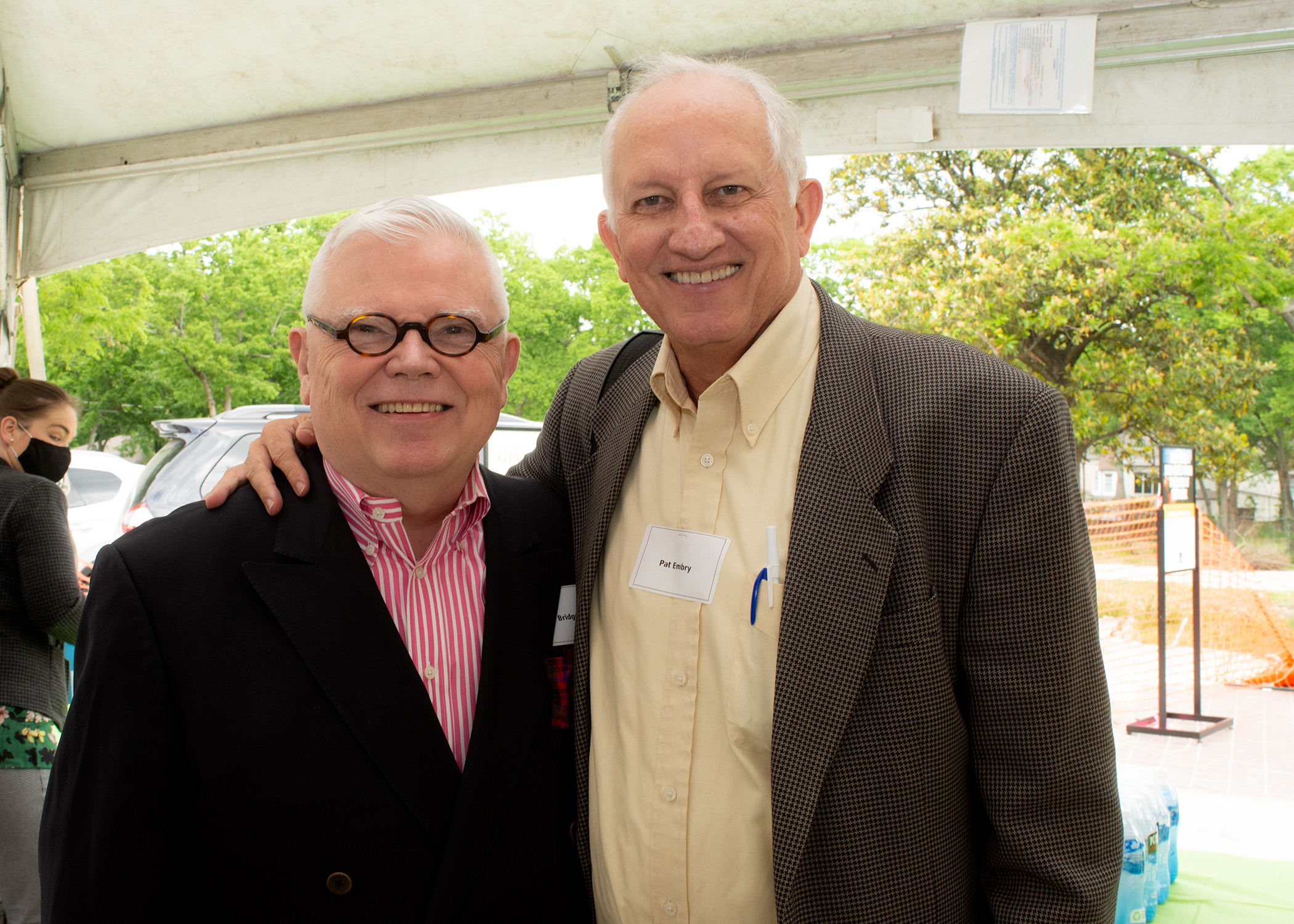 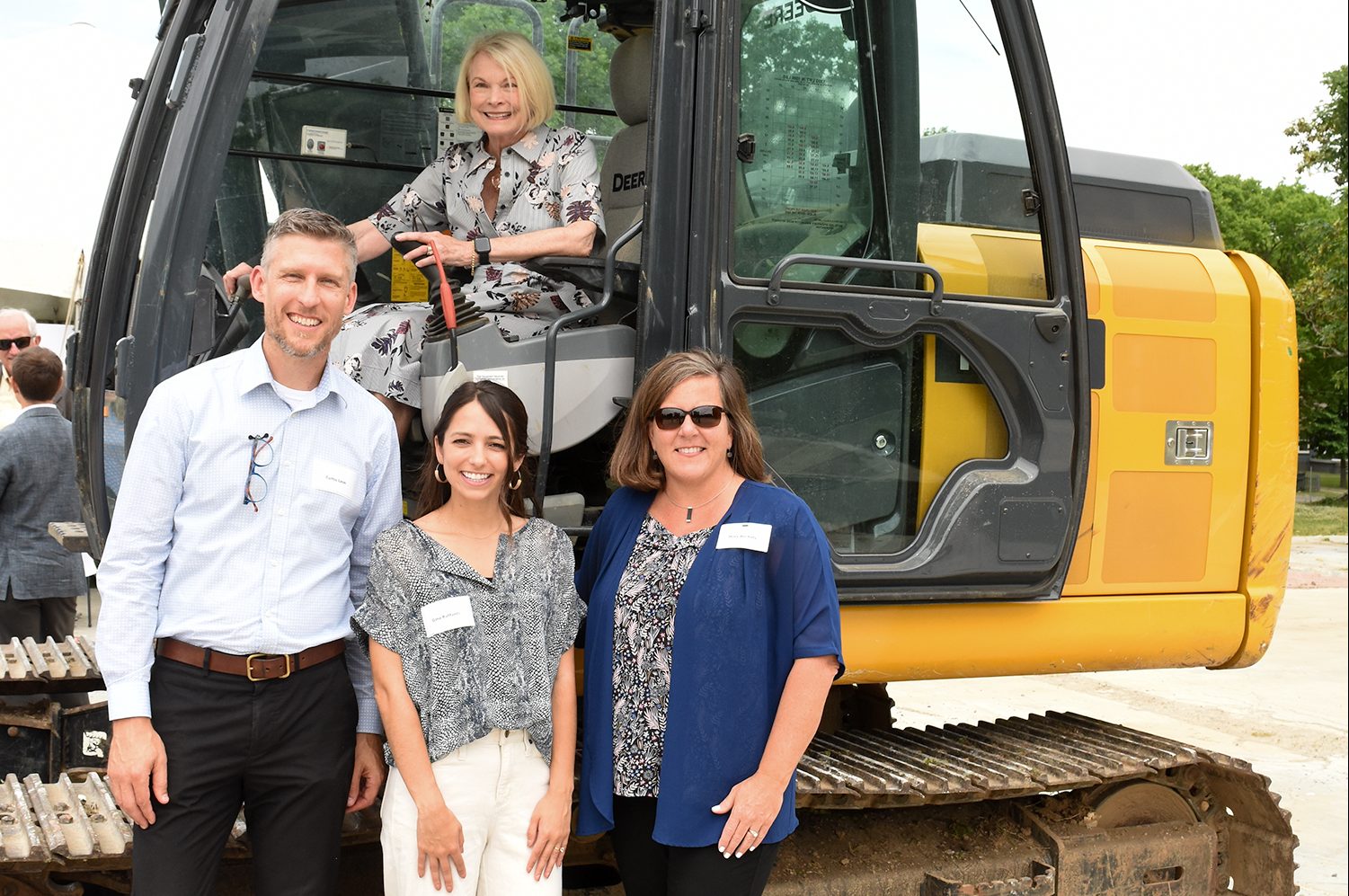 CFMT president Ellen Lehman envisions the property “as a resource to bring people and groups together to review and address community issues.”

“This is critical work for our communities and the region moving forward. And with this new property, we have high hopes for the future,” Lehman told the crowd.

The new building’s two floors will house CFMT’s operations, with a reception area, conference rooms, and a mix of open and private offices and meeting rooms.

“To continue its work as a catalyst and a convener, the Foundation’s new property will be available as a resource to bring people and groups together to review and address community issues, with the hopes of forging new partnerships and strengthening those that already exist,” Lehman said.

“One aspect of the new building that I think sets us apart will be our archives. We’re already working on digitizing our extensive archives over these past 30-plus years … so present and future generations can read stories, examine photos, and see and hear videos such as the tale of the HCA 21 and the years Trish Frist and Trisha Elcan helped launch and sustain The Women’s Fund, as examples.”

A proposed, as yet-unfunded, secondary building will be used to hold donor and grantee meetings and events, as well as providing accessible community space for people and organizations to work toward a common goal.

CFMT announced the purchase of the six-acre site from the state of Tennessee in August 2020.

The property had been home to the Nashville office of the state’s Regional Intervention Program, a multi-city social services initiative focused on behavior management for youth. 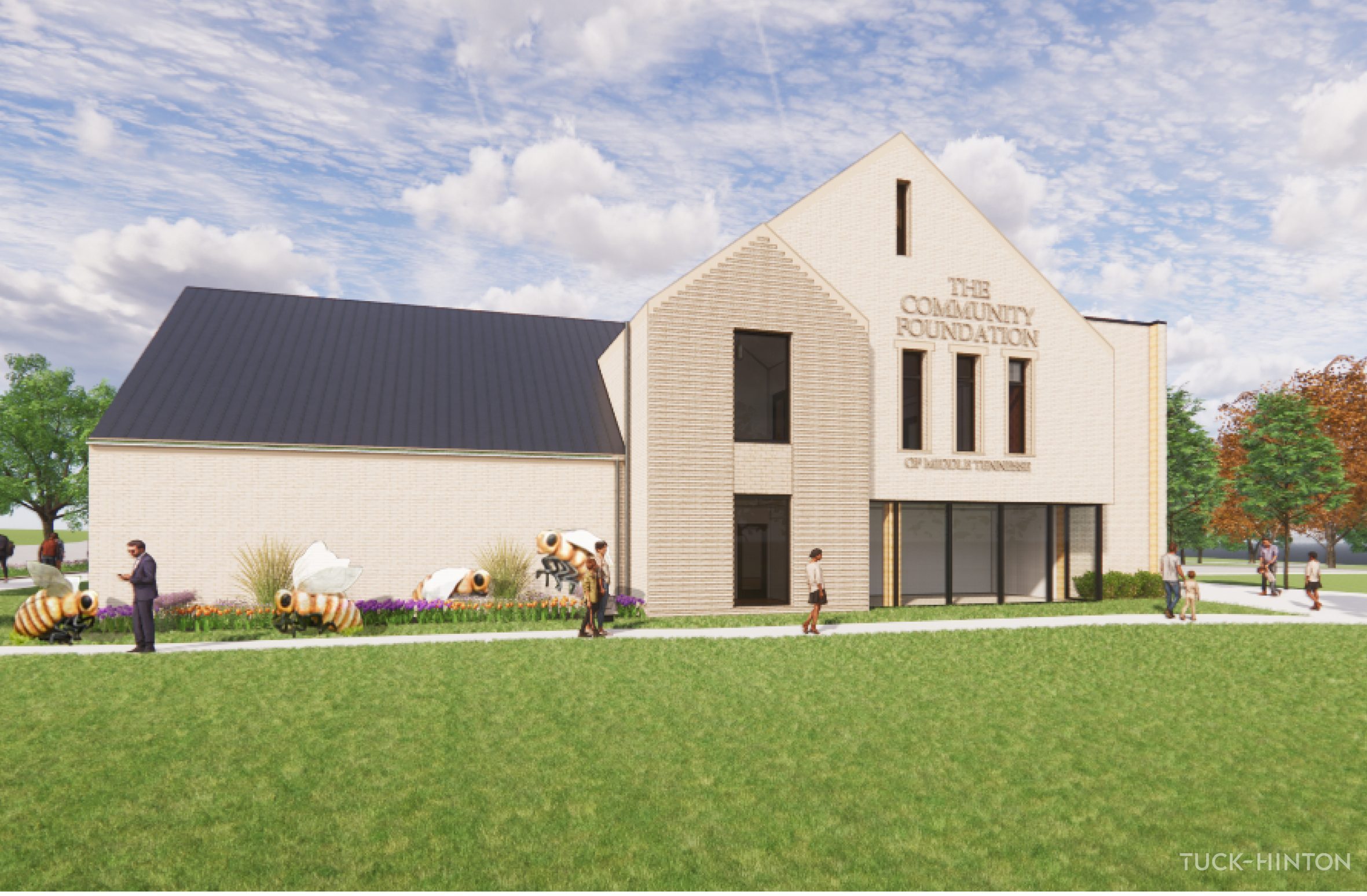 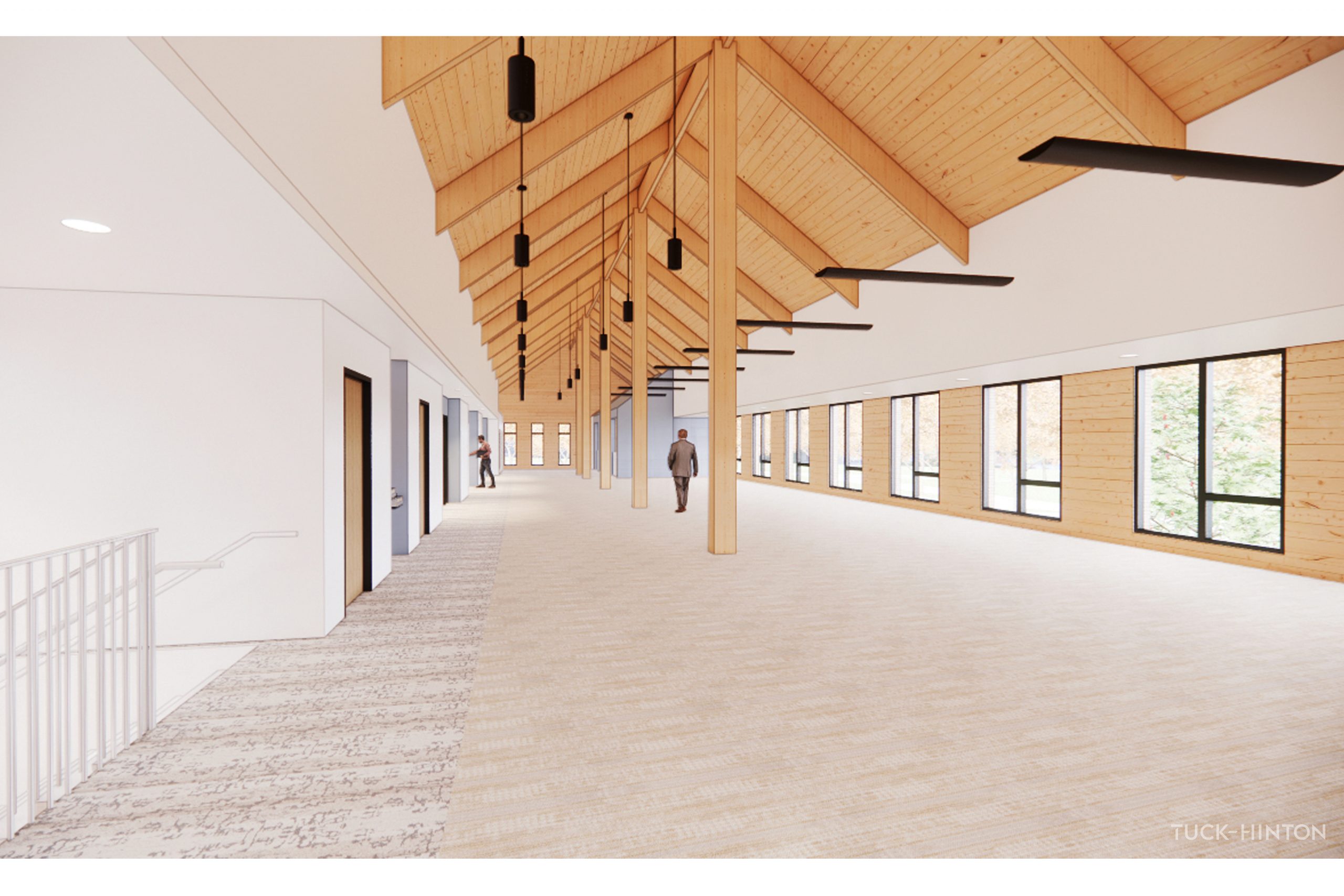 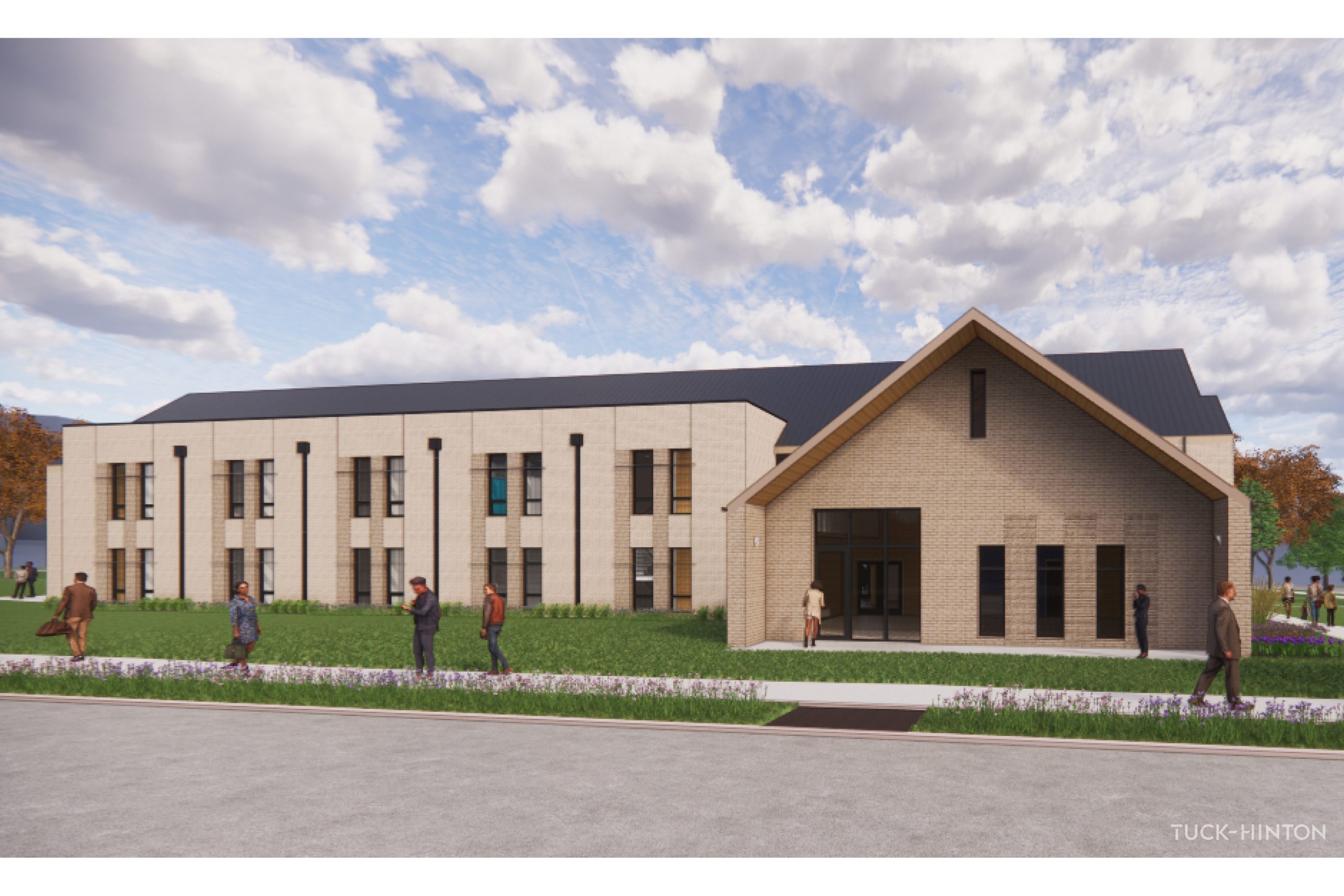 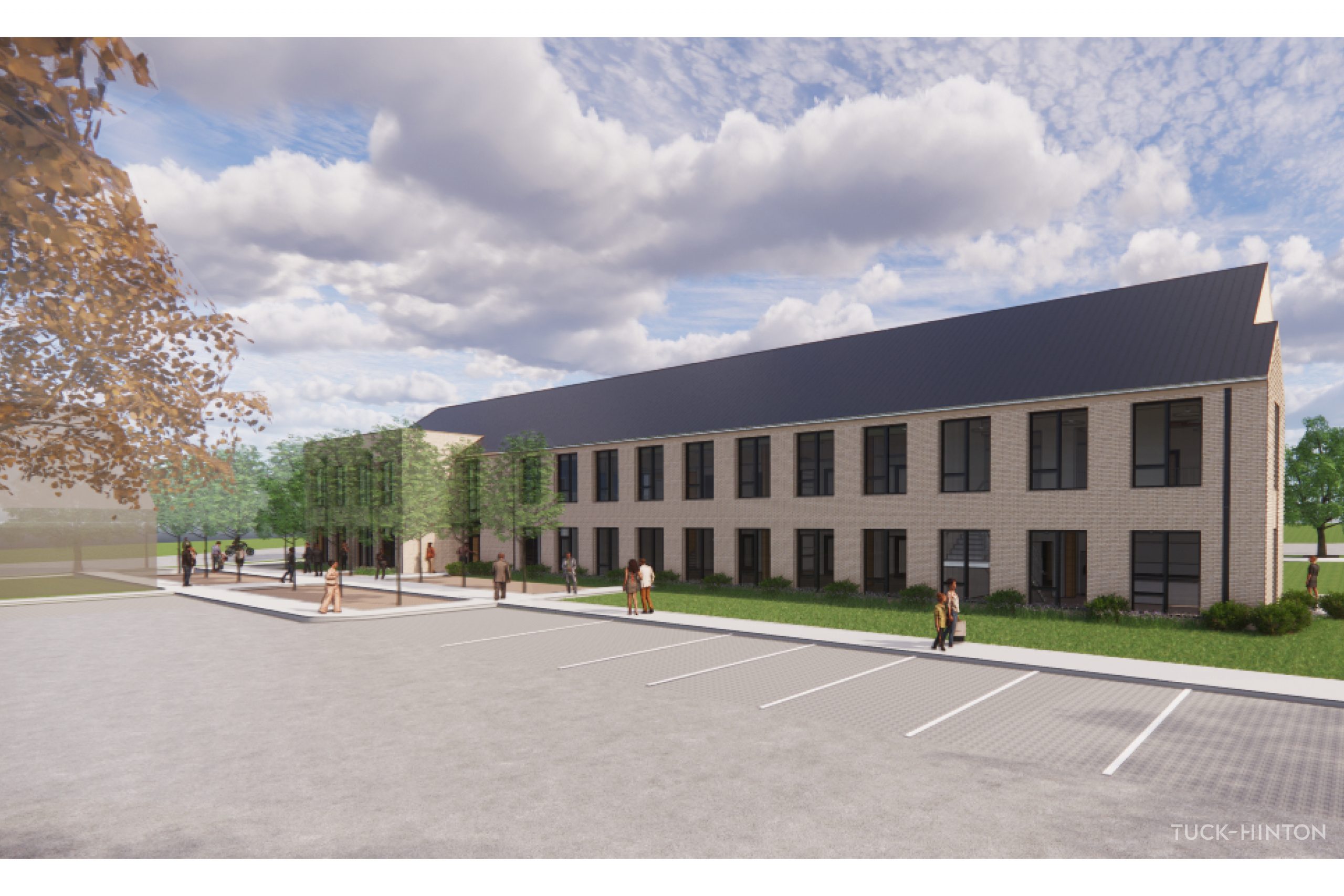