Dr. Jayme Coleman Williams, a renowned educator, church leader, activist, former board member and longtime supporter of The Community Foundation of Middle Tennessee, passed away Jan. 19, 2022 in Atlanta, Georgia, just over a month after celebrating her 103rd birthday on December 15.

Jayme and her husband of 75 years, noted educator McDonald “Mac” Williams, who died at age 101 on Aug. 11, 2019, were teachers at Tennessee A&I — now known as Tennessee State University — when they were involved as behind-the-scenes organizers in Nashville’s downtown lunch counter sit-in movement during the Civil Right Movement in the early 1960s.

At the time, Jayme was an advisor for the NAACP’s Youth Council and sat on the executive committee of the organization’s Nashville branch. Each week they had mass meetings, and the couple transported students from various college campuses to Downtown’s First Baptist Church, where the sit-ins were organized under the guidance of the church’s Rev. Kelly Miller Smith Sr.

That fall she joined the faculty at Tennessee State University and became a full professor of communications and took over in 1973 as head of the department, remaining so until her retirement in 1987. 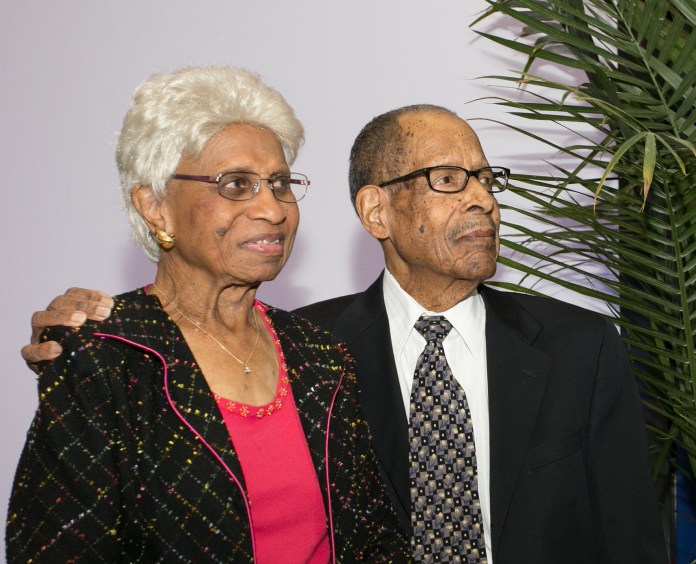 “Dr. Williams made a lasting impression on students, parents, colleagues, and anyone she met with her nurturing, but stern spirit,” Dr. Glenda Glover, Tennessee State University president, in a statement Wednesday. “I am almost certain that I would not be the person I am today without having crossed paths with Dr. Williams as my professor, mentor, and most importantly, as my friend.”

Jayme and Mac Williams were early supporters of The Community Foundation of Middle Tennessee.

In 1992, just a year after The Foundation was formed, they established the Williams Designated Fund to benefit Wilberforce University and Payne Theological Seminary. The Williams, who served on the boards of each of these esteemed institutions, wanted to endow their support. In perpetuity, payments from this Fund will be issued to these schools annually.

They, along with a number of community leaders, helped establish The Tricentennial Fund with CFMT in 1996, with grants from the Fund designed to address pressing needs in the future.

in 2002 The Foundation honored the couple with its annual Joe Kraft Humanitarian Award. Jayme also formerly served on the CFMT’s Board of Directors.

“I’m reminded upon the recent death of distinguished actor and activist Sidney Poitier how much my dear friend Jayme Williams reminded me of Poitier’s character in the movie, “To Sir, With Love,” said Ellen Lehman, president of The Community Foundation of Middle Tennessee. “They were both teachers who were always getting people into situations where good things happened.”

Jayme discussed her philosophies on philanthropy in a video interview a few years ago with The Community Foundation:

“People will look back and realize that someone had a great vision in deciding that there needed to be a community foundation,” she said. “I thought it was for people that had lot of money. And you know schoolteachers never have a lot of money. Everybody knows that we don’t have any money.

“All of us … need to see ourselves as part of this big picture. And not just leave it to people that are fortunate enough to have more resources than we do.”

Jayme said of her and Mac’s Fund at CFMT: “Wilberforce University has a $1,000 scholarship in our name each year, and Payne Seminary has a $500 scholarship. I think that we as individuals have a debt to pay because of what we have been blessed with.

“Twenty years ago it would have never occurred to me that I could have a fund at a community foundation that would benefit two schools, and that that would happen even after I’m not here,” she continued. “But that has happened, and for that I am really grateful.”

“I truly cannot imagine having worked to build this place [The Community Foundation of Middle Tennessee] without their incomparable support or their invaluable counsel, both at the head of the table and behind the scenes,” Lehman said of Jayme and Mac as they were honored as recipients of CFMT’s Joe Kraft Humanitarian Award in 2002. “They are great, and I am personally grateful to them, and for them.”

According to her biography in The History Makers: A Digital Repository for The Black Experience, at the same time that her academic career took off, Jayme began to ascend the leadership ranks of the African Methodist Episcopal (A.M.E.) Church.

She served as a delegate to the A.M.E. General Conference in 1964 and became a board member of the National Council of Churches in 1968. From 1976 to 1984, she was an alternate member of the A.M.E. Church’s Judicial Council, serving as president of the 13th District Lay Organization from 1977 until 1985.

At the 1984 General Conference, Williams was named editor of The AME Church Review, the oldest African American literary journal. She held that post for eight years. Williams also has paved the way for others in the A.M.E., helping Vashti McKenzie win election as the first female A.M.E. bishop.

“She was a treasure both in Nashville and in particular to the AME church — places where she gave the best of her ability,” her daughter, Donna Williams, of Atlanta told The Tennessean on January 19.

2.Go to https://www.facebook.com/BigBethelAME and scroll down to service on right hand side of screen. Then click on Live Stream to view the service.

3. Go to https://ame6.church/ and click on “Watch Live” button. Then click on Live Stream to view the service.