Fitting that Nashville’s soon-to-be newest icon to cultural diversity, downtown’s long-awaited National Museum of African American Music, owes a big part of its support to one of the country’s most iconic Black-owned businesses.

Last summer the Nashville-based R.H. Boyd Publishing Corp. announced a $1 million contribution to the museum, which recently postponed its scheduled early September grand opening due to the coronavirus pandemic.

“The museum was an initiative started by my father (T.B. Boyd III) over 20 years ago,” explained LaDonna Boyd, the fifth-generation President and CEO of the publishing company, in the Nashville Voice. “We’re very proud to see it come to fruition, and we’re certainly glad to be in a position to make such a large gift.”

Such philanthropy has long been a tradition of the Boyd family, which remains a critical part of Black Nashville’s economic development and cultural history.

Just eight years later, R.H. Boyd joined other Nashville businessmen in launching what became Nashville-based Citizens Savings Bank and Trust Company, where LaDonna Boyd serves on the Board of Directors.

LaDonna Boyd doesn’t dwell too much on her vaunted family heritage. She has lived it, after all.

“I don’t think about it,” said the 34-year-old Boyd, speaking to The Community Foundation from a rare day in her company’s Centennial Boulevard offices this summer during these shelter-and work-at-home pandemic times.

“Growing up, it was something far beyond what an adolescent can comprehend,” she continued. “Once you’re in it, it’s just life.”

Boyd attended high school at Nashville’s Lipscomb Academy. She then earned a bachelor’s degree in economics from Spelman College, a historically Black liberal arts college for women located in Atlanta, and went on to earn her MBA at her parents’ alma mater, historically Black Tennessee State University. She’s currently pursuing a doctorate degree from Pepperdine University.

“It was more important to my parents for us to go to a historically Black college — we all did,” said Boyd of her siblings. “I loved the experience and wouldn’t have changed it for the world.”

Adding to the Boyd family legacy, her great-grandfather, Henry Allen Boyd, was among the business leaders who in 1912 founded her alma mater Tennessee Agricultural and industrial State Normal College of Negroes, now known as Tennessee State University. 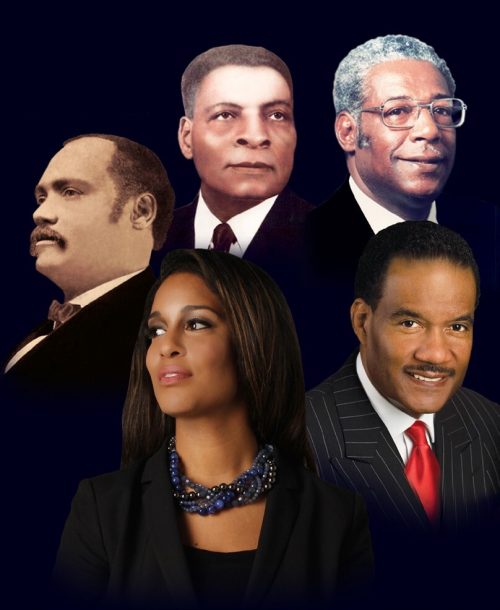 College scholarships are a big part of The R.H. Boyd Family Endowment Fund, which was started in 1982 by LaDonna’s father T.B. Boyd III, three years after the death of his father, T.B. Boyd Jr.

The Fund serves as a vehicle through which the company puts resources back into the community in a positive and helpful way and encourages churches, organizations, and deserving students to attain goals and standards for the betterment of the total community, according to the company’s website. The purpose of its scholarships and grants is to promote knowledge and participation in the African-American heritage and the African-American culture of students, as well as increase the number of minority graduate degree holders in certain fields of study.

The Fund is part and parcel to the Boyd family’s leadership role in the continued push for racial justice, equity, and equality.

“The importance of the Black voice and narrative is unquantifiable, as this nation was built on the strength and perseverance of our ancestors,” Boyd states on the company’s website. “We have to tell our stories and write our dreams.”

She had this to say recently in her company’s The Union Review publication’s June-July edition, with the cover Black Lives Matter:

“The challenges of our day call for us to look to our forebears for strength. When we consider all they endured — kidnapped from Africa, forced servi­tude, Jim Crow laws, convict leasing, redlining, segregation, and other forms of discrimination — yet they perse­vered, survived, and even thrived, can we do less for future generations?

“We can be encouraged by the legacies of Rev. C.T. Vivian and Rep. John Lewis even as we mourn their passing. They let nothing hinder them from their goals of justice and equality for all people. The trials they endured and the victories they gained remind us to strengthen our resolve and keep pressing forward, as our hope lies in the Christ who has conquered all.”

Count LaDonna Boyd among those welcoming the recent and ongoing protest movement coast to coast and globally.

“It’s much-needed change. I’m glad to see such an uproar,” said Boyd, who bemoans the significant gaps in society between rich and poor, Black and white, and men and women.

And with that, LaDonna Boyd returned to her work, a young Black female executive very much a part of changing times.

1843: Birth of Richard Henry Boyd in Mississippi as a slave

1865-1870: After the Civil War and the Emancipation Proclamation freed the slaves, Dick Gray moved to Texas as a freedman. He changed his name to Richard Henry “R.H.” Boyd in order to free himself of his slave master’s name. R.H. Boyd helped to organize the Texas Negro Baptist Convention. He also organized and served as pastor to several churches in Texas.

1879: R.H. Boyd served as a district missionary and became Educational Secretary of the Texas Negro Baptist Convention and a moderator for the Central Baptist Association. 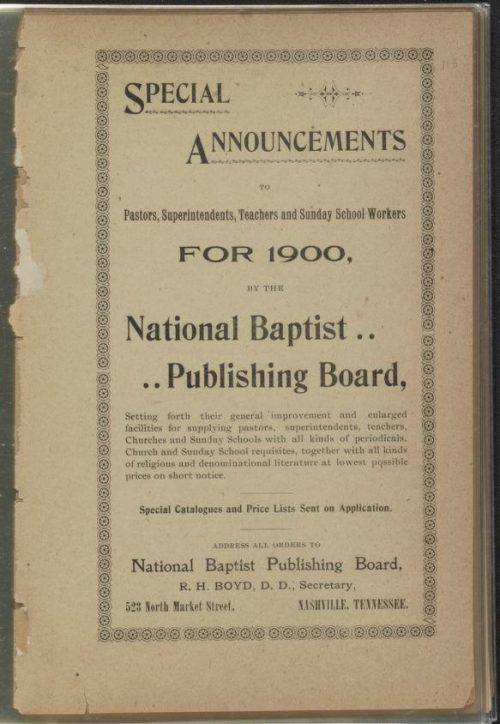 1922: The death of Rev. Dr. R.H. Boyd. His son, Dr. Henry Allen Boyd (1876-1959), became the second generation to lead the company. He implemented new operational procedures and the company continued to flourish.

1934: NBPB was servicing 20,000 Sunday schools and 8,000 churches. It published more than 20 different hymnals and music books, a broad variety of Christian education materials, church supplies, and doctrinal resources for ministers and Christian workers.

1955: Dr. T.B. Boyd, Jr. (1917-1979) followed in his uncle’s footsteps by becoming a member of the company’s board of directors. After returning from military service in the United States Army in the mid-1940s, T.B. Boyd Jr. began his career with the company as a linotype operator in the composing room and became the understudy to Dr. Henry Allen Boyd.

1960s: The publishing company was a leader in the forefront of the national civil rights and social agenda, giving strong support to the National Baptist Convention of America, the Rev. Dr. Martin Luther King Jr., and the Civil Rights Movement.

1979: The death of Dr. T.B. Boyd Jr. The board of directors appointed Dr. T. B. Boyd III as President and Chief Executive Officer. He became the youngest executive to hold the position in the 80-year history of the company. A year earlier, he had been elected to the Board of Directors of the Citizens Savings and Trust Company Bank. He became chairman of the board in 1982.

2000: NBPB becomes known as the R.H. Boyd Publishing Corporation. “We are very excited about this new and exciting publishing venture. The fact that we are paying homage to a man whose life and ministry created such positive impact in lives and communities across America, the Caribbean islands, and the Panama Canal alone, for over 100 years is befitting honor,” said Dr. T. B. Boyd III.

2015: The R.H. Boyd Publishing Corporation’s Board of Directors unanimously voted LaDonna Boyd to serve as the Chief Operating Officer of the Corporation.

2017: Dr. T. B. Boyd III announced his retirement and transition to Chairman Emeritus status in October 2017. LaDonna Boyd is named as the President/CEO and Chairman of the Board of R.H. Boyd Publishing Corporation.

To learn more about the R.H. Boyd Corp, visit https://www.rhboyd.com.