The Morris Memorial Building, built in the 1920s for the National Baptist Convention’s Sunday School Publishing Board, housed Citizens Bank from 1974-85. Designed by the architectural firm McKissack & McKissack, it’s the only building still standing that is originally associated with African American businesses in the Downtown Nashville core. It has been listed on the National Register of Historic Places since 1985.

They were oases in an economic desert of delays, denials, and dead ends.

More than a century ago, in an economy and American society marked by Jim Crow laws mandating segregation of public schools, public places and public transportation, there was but one place to turn to as a person of color wanting to start a business: minority owned banks.

The Citizens Savings Bank and Trust Company opened in 1904 as the One Cent Savings Bank. It operated from one of its founder’s offices before moving in 1922 to downtown’s former Duncan Hotel, home of the YMCA and other African American-owned agencies.

When other banks failed during the Great Depression that began with the Stock Market Crash of 1929, Citizens Bank survived.

As indicated in its original charter, the bank’s intentions were “to encourage frugality and systematic savings among our people, to secure the safekeeping and proper investment of such savings, and to set in motion business enterprise.”

As we mark Black Philanthropy Month this August, it’s well worth honoring the legacy of Citizens Bank. Without the foresight and courage of its founders, and its steadfast leadership through the years, the bedrock of funding for minority investment and giving might still be an elusive dream.

Citizens Bank remains the city’s lone minority owned bank, with two offices in Nashville and one in Memphis. Attorney Richard Manson, president of minority owned and Brentwood-based medical and surgical supply company SourceMark, is the bank’s Chair of the Board of Directors. 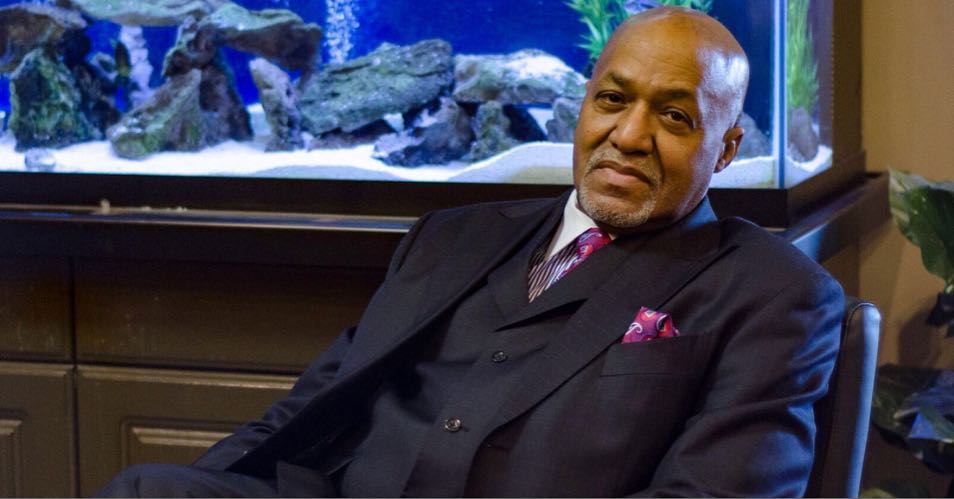 Attorney Richard Manson, president of minority owned and Brentwood-based medical and surgical supply company SourceMark, is the Citizens Bank Chair of the Board of Directors.

CFMT: From your perspective as board chair, how important has Citizens Bank been to Nashville through its long and historically rich history?

CB: Citizens has been a part of Nashville for over 115 years and represented the potential we had in becoming a real metropolitan city. It provided for many Nashvillians the economic opportunities that were not granted to Black Americans, and in some cases they had been specifically excluded in areas like housing and business loans.

We should not forget that white banks had no respect for Black money or people. Citizens Bank supported many of the movements that took placed in the city in the early ’60s: making funds available for bail and, in many cases, tuition. It made confidential loans to the Black church and universities to keep them open. It has been a steadfast anchor to Black Nashville.

CFMT: How has Citizens Bank contributed to the philanthropy of Nashville and its communities?

CB: The Bank has been involved in wealth building in our community that allows people to make contributions to charities that they believe and support. There are countless numbers of people that can trace their success to the Bank. This allowed them to obtain professional degrees and wealth, which allows them to support many charities. We have focused our efforts on scholarships and financial literacy.

CFMT: What special challenges does the bank face in these extraordinary times of pandemic and economic turmoil?

CB: The Bank continues to support our community as we are faced with tremendous challenges, and also opportunities. The current BLM [Black Lives Matter] movement has drawn attention to the racial injustices that our community faced in lack of economic growth and the intentional nature of the policies that were designed to hold Black people back.

We were established to counteract this, and to a degree our standing is a tribute to the support of a few that benefits the many. We have something to show our children that refutes what is often said about our participation in the American economy. The bank now needs the entire Nashville community to support this institution that is truly worthy of its support, because we have been here since 1904.

CFMT: What will it take for Citizens Bank to survive and thrive for generations to come?

CB: We need to teach the next generation about what it means to own something and to take pride in that ownership. We need to make sure they learn the real story of Citizens and how it grew out of protest about how we were being treated.

We have to put the next generation in positions of ownership and let them grow the bank into what the founders wanted: a place that we support, that is able to support the community with pride and dignity.

1904: The One Cent Savings Bank, now Citizens Savings Bank and Trust Company, became the first minority-owned bank in Tennessee. Only one other bank, a branch of the Freedman’s Savings and Trust Company Bank (1865) based in Washington, D.C., had been operated for the African-American community in Nashville since the Civil War.

Founded by distinguished community leaders R. H. Boyd, the Rev. Preston Taylor, J.B. Bosley, E.B. Jefferson, J.S. Ewing, J.A. Cullom, the Rev. William Haynes, and J.W. Grant. It was determined that charter members would include those who contributed at least $100 to the capital stock. Each of the nine men in attendance pledged the $100. With that meeting, the One Cents Savings Bank and Trust Company was born.

The bank opened on Jan. 16, 1904. Its first home was donated space in Napier’s law office. Although, the bank’s name suggested that an account could be opened with one cent, 10 cents was the minimum deposit accepted.

1929-1930s: Citizens Bank survives the Great Depression. Richard Henry Boyd told tellers to stack bundles of cash in the window and teller cages during a run on the bank.

1974: The bank moved into the Morris Memorial Building at 330 Charlotte Ave.

2017: Attorney Richard Manson elected as Citizens Bank’s Chairman of the Board of Directors.