Fundraising is easy, says Reggie Ford, when you’re passionate about it.

“It would normally not be comfortable for me,” adds Ford, a co-founder of the Brandon Key Scholarship Fund at The Community Foundation of Middle Tennessee. “But being about Brandon, and education and the many people who will receive the award, I’m passionate enough to go knock on doors. I’m willing and all in.”

Ford was one of four young men in their 20s, including Cayce Ortale, Daniel White, and Morris Eguakun, who worked with The Community Foundation this year to establish the Fund in memory of Brandon, a Montgomery Bell Academy (MBA) alumnus best known for his commitment to his community, including volunteering for causes that were most important to him, and for his interests in human and civil rights. 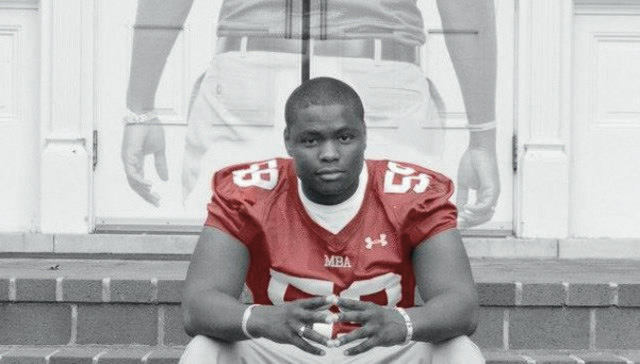 Brandon was also a terrific athlete and actor, and while at MBA he was involved with a variety of teams, clubs, and activities — namely football, wrestling, lacrosse, debate, and theater. He went on to attend Morehouse College in Atlanta before his life was tragically cut short in 2015 at age 19.

Ford, an MBA alum himself, was a role model for Brandon as well as to his other partners in creating the Fund.

“I was the mentor and big brother for Brandon and all the other guys at MBA,” Ford recalls. “They looked up to me, and I looked up to them for being smarter and better at things than I ever was. I would come back and mentor and talk to them and just be around, remembering that when I was there at that age, seeing older guys come back and be involved was spectacular for me.”

It was Ortale, a couple of years older than Brandon, who came up with the original idea to dedicate something to him. After dismissing suggestions for a park or a structure, the men talked with Scott O’Neal in the donor services department at The Community Foundation and discovered that a scholarship would be an everlasting approach to carry on Brandon’s legacy.

O’Neal, also an MBA alum and a former administrator at the school, recalls of Brandon: “He was an all-around awesome kid and wonderful young man. In between track and wrestling, he still took time to do Shakespeare.”

“We first sat down with Scott and came up with a game plan,” Ford says. “Having not done this before, we had very little knowledge on how to even start. Scott gave us the step by step. It was many of the logical things — meeting with some of the network that we already have, telling the story of Brandon and why we are doing it, and getting some good donors under our belt. From there, we are hoping to host an annual event to build awareness and to get more people on board.”

The Brandon Key Scholarship Fund will benefit Middle Tennessee students who embody the life-loving characteristics that Brandon possessed. Applicants must have a minimum weighted GPA of 2.5 and show a willingness to serve their community, with plans to attend an accredited college or university immediately after high school. While preference will be given to those applicants with low socioeconomic statuses who plan to attend a historically black college or university, says Ford, The Foundation’s scholarship committee also will be looking for more criteria.

“That was a part of Brandon,” Ford says. “But the Renaissance man — the guy or gal who has interests across the board, who is not one-dimensional — this will be important.

“If we can see bits and pieces of Brandon in the candidate, that would be the best recipient for us.”

Give to this Scholarship