Places of worship can benefit from CFMT funds

The message concerning the closing, although disappointing, didn’t come as a total surprise.

Members of the church, which occupies a small parcel neatly placed at the end of a narrow street in what’s known as the Edgefield Historic District, recognized that attendance had been declining for several years. So much so that in recent months before the closing only some 40 or 50 were attending Sunday services regularly.

Years ago the congregation turned its attention to providing much-needed assistance to the immediate community around the church and in particular to students attending Warner School, a nearby neighborhood elementary school for grades pre-K through fourth. (Warner School was built in 1891, the same year as the Tulip Street church building.)

Congregants of Tulip Street recognized that Warner was far more than a neighborhood resource for learning.

“Besides teaching core subjects associated with an elementary education, the school provides food and shelter and caring hands for many students who otherwise would likely be left to fend for themselves,” says Sandy Tipping, former head trustee at Tulip Street.

Some 90 percent of those attending Warner are students who mostly come from disadvantaged and financially stressed homes in the neighborhood. In the mid-2000s, upon determining there was a need and a fit with the church’s overall mission to serve the local community, Tulip Street members began to focus on helping Warner students.

One of the first steps was to organize an annual backpack project, which began in 2008. Before the two-week holiday break in December, church members raised funds to buy student backpacks and fill them with nutritional snack bars and simple, self-contained meals. Tipping says that in many cases, the only meal some students may get in a single day would come from the school’s free meal program.

“So, when school is out for the holiday break, many students lose their only chance for their one meal a day,” he says. 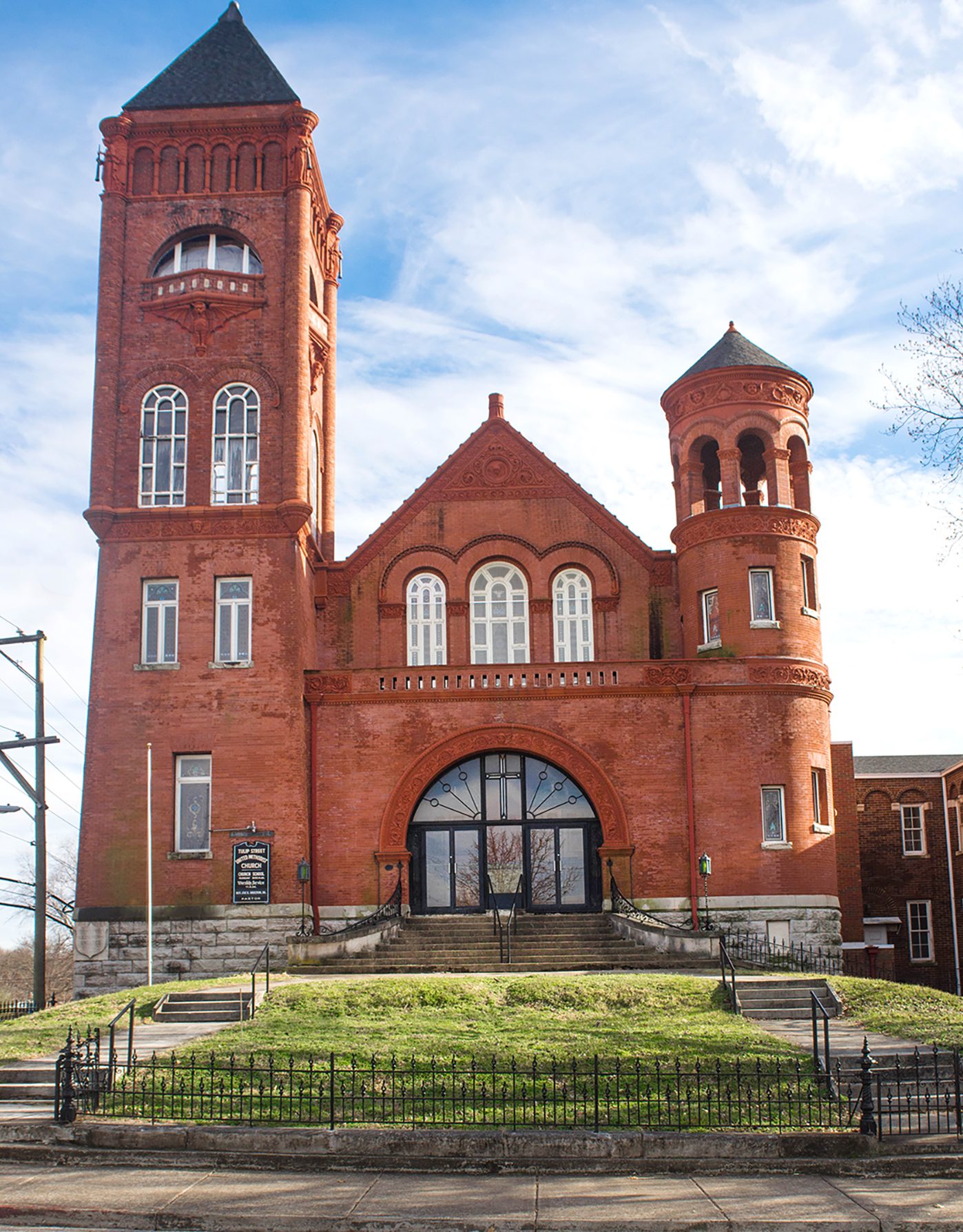 Although the church is shuttered, the Tulip Street Fund now continues the backpack program and this past December placed 180 backpacks in the school’s office filled with a variety of nutritional food products, some of which were complete meals that can easily be prepared by students as young as age 6. Students pick up the backpacks knowing what each contains and are able to do so in a way so that they can avoid being embarrassed or ridiculed by other students. And, once the food is consumed, students end up with a brand-new backpack to boot.

Organizers now partner with neighborhood residents, groups, and businesses. Says Tipping, “I can’t think of a better way to continue doing the work of the church than by feeding those who are hungry and in need.”

Through the Tulip Street Fund, church members also sponsor a Diversity Book program for Warner students, during which each class receives a monthly gift of a new book featuring diverse characters, themes and subjects. The Tulip Street Fund also gave books to each student last summer to encourage reading over the long summer break when there’s less or no access to reading materials.

The Diversity Book program is made possible through an annual fundraising drive in which $100 donations are collected for each of the school’s 18 classrooms. Also contributing to the program is a special arrangement with Parnassus Book Store, in which books are sold at a wholesale price. This year the program will place 180 books at Warner School.

Thanks to a legacy gift from a long-time church member, the late Frances Southerland, and the remaining balance in the outreach fund held by the congregation before the church closed, the Tulip Street Fund ensures that financial resources to sustain the good deeds of the Tulip Street United Methodist Church will continue in perpetuity.

“As the Fund grows, so will its ability to support more ambitious projects, which can directly impact the
community that was the church’s home,” Tipping says.

Tipping is part of an advisory board of five former church members that oversees the Fund. “The Community Foundation has provided all the necessary legal structure to create the Fund, maintains all records, handles all gift acknowledgements, and makes all necessary filings for tax purposes and other requirements,” Tipping says, “which has truly made the process very easy.”

You too can help your favorite religious institutions through opening or contributing to a fund at The Community Foundation.

Starting in 1991, churches or similar faith-based entities have been able to prosper through funds set up either by the organization itself, from an individual donor, or as a scholarship.

The first of these designated funds was established in 1994 for preservation of Maury County’s Historic Zion Church and Cemetery – established in 1802 – by sisters, Alyne Massey and Elizabeth Queener.

In 1999, the African Methodist Episcopal Church Endowment Fund was established to assist young men and women training for the ministry in the A.M.E Church. Two of the many A.M.E churches in Nashville are the Lee Chapel African Episcopal Church and the Greater Bethel A.M.E. Church.

Founded in 1992 as an addition to the three other synagogues serving Middle Tennessee, Congregation Micah has since welcomed some 600 families as members, built a permanent home, created a cemetery, and begun to ensure its ability to serve the generations to come through an endowment. To be certain of Congregation Micah’s continued growth, The Jane and Richard Eskind Family established a fund designated to help in 1997.

In 1995, the B. J. Runnels Dean Scholarship was created by Myrte Veach to carry on her friend’s legacy as a longtime minister and church leader. The Fund endows interdenominational scholarships for women entering the ministry.

The Shofner Lutheran Chapel Fund, established in 2010, is a Fund designated to ensure the Shofner Chapel will be around to serve successive generations of the Shofner family. Martin Shofner migrated with his family from the state of North Carolina to settle a tract of land, given to him for services rendered in the American Revolutionary War. Being a devout German Lutheran, Martin dedicated an acre of this land for a church constructed of logs, with a cemetery beside it. It became the first Lutheran church in Tennessee and the “Mother Church” of the denomination in the area west of the Great Smokey Mountains.

To learn more about the many types of funds that can provide long-term support to your favorite religious institution well after you’re gone, contact us at (615) 321-4939.