Artober Nashville to Celebrate 10 Years of the annual month-long celebration of the arts in Nashville and Middle Tennessee this fall with Tammy Gentuso’s Wee Little Houses. 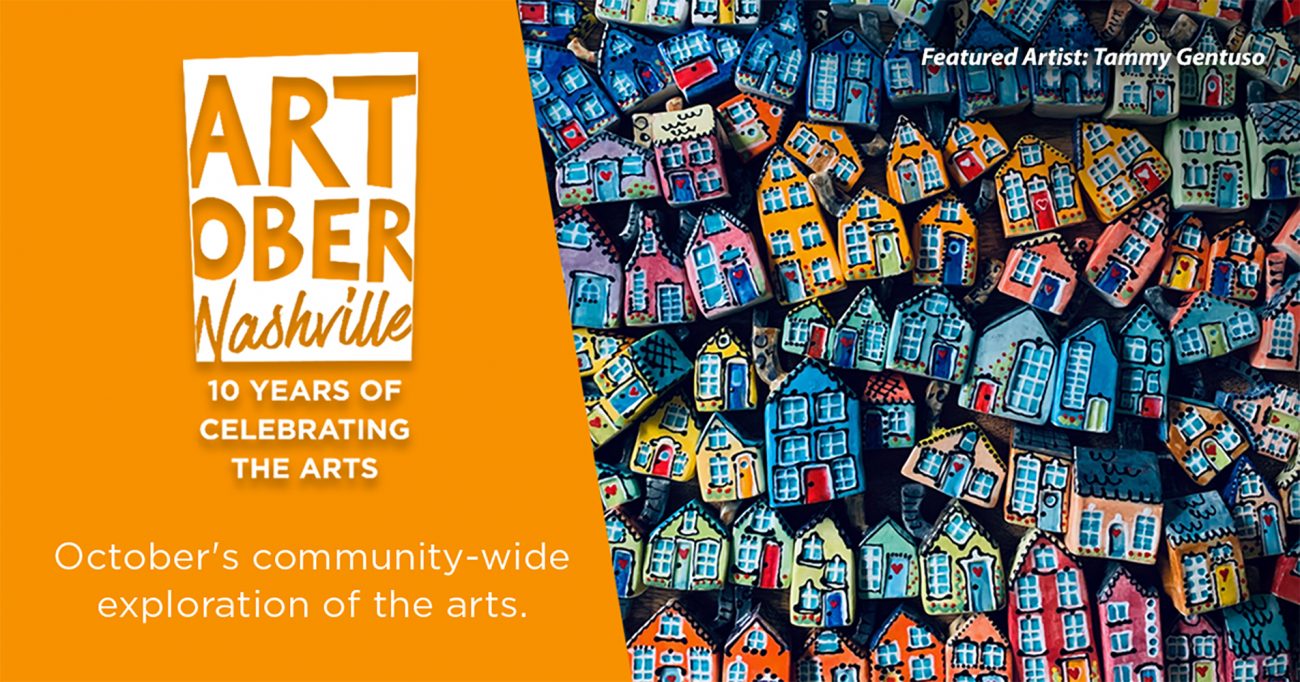 Artober Nashville, a program of NowPlayingNashville at The Community Foundation of Middle Tennessee, will celebrate its 10th anniversary of the annual month-long celebration of the arts in Nashville and Middle Tennessee this fall.

The piece was selected by a panel of judges as part of 40-plus submissions of visual art from Nashville and Middle Tennessee artists that were to exhibit the qualities of Artober Nashville — full of vibrant colors, patterns or abstract design.

“It’s important for us to continue featuring and supporting local artists,” said Erin Holcomb, manager of NowPlayingNashville. “Tammy captures her theme of the spirit of community perfectly with ‘Wee Little Houses’, and in turn portrays the spirit of Artober Nashville’s community-wide celebration of the arts.”

A Farmington, Missouri native and a Nashville resident since 1984, Gentuso displays and sells her artwork at her own Studio Gentuso on The Clay Lady’s Campus, 1416 Lebanon Pike. Her artwork is also featured at Swipe Right Art as part of downtown’s Fifth + Broadway development. Several of her larger ceramic houses are on display at Vanderbilt University’s The Curb Center, 1801 Edgehill Ave. 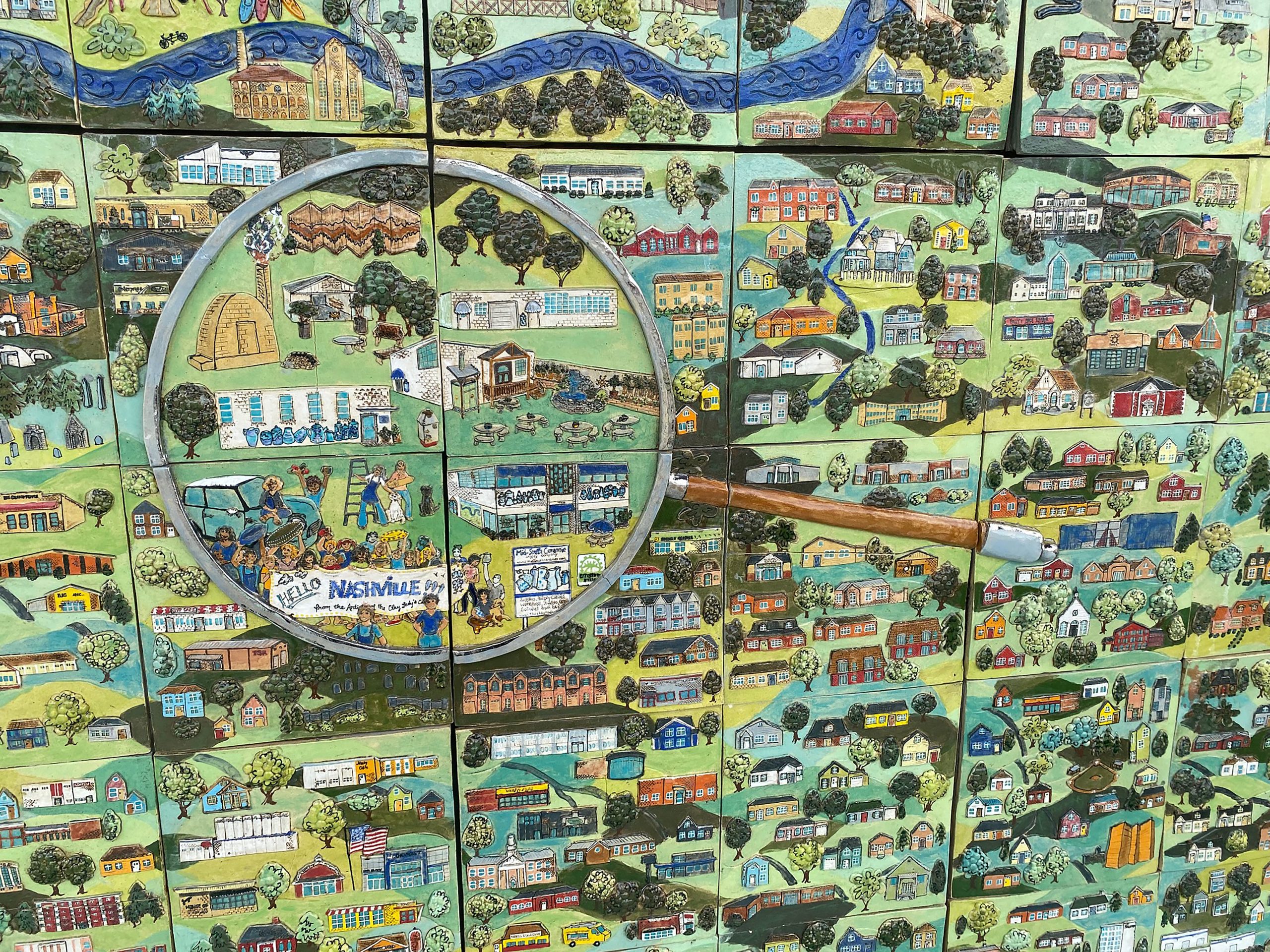 Her artwork includes “Nashville Clayscape,” composed of 192 square-foot handmade tiles depicting Nashville as a whimsical folk art map. The project took three years to complete and was installed on The Clay Lady’s Campus in May 2020. The unveiling of the Nashville Clayscape will be held on Saturday, September 11 at 10AM.

Describing her style, Gentuso said, “My work leans toward folk art, with many of the simple designs I employ, as well as with the oft-occurring themes of home and community. My palette is usually a bit bright, but it still fits in with the folk art feel.”

“’Wee Little Houses’ are such a happy thing for me!” Gentuso said. “The first few were created when I was full tilt into making large ceramic houses, and they were the result of an effort to recycle my clay scraps. I guess making big houses was the influence that resulted in little houses rather than little critters, or whatever.

“During this period, there were some stressors in my family’s world that made the concept of a happy and safe home immensely important,” she continued. “Part of that need for, and sense of, happiness and security overflowed into my color choices for these sweet little houses — bright, vivid colors, always.

“They represent calm and bright and happy and strong homes — and that is a lot of what community is all about, isn’t it?” 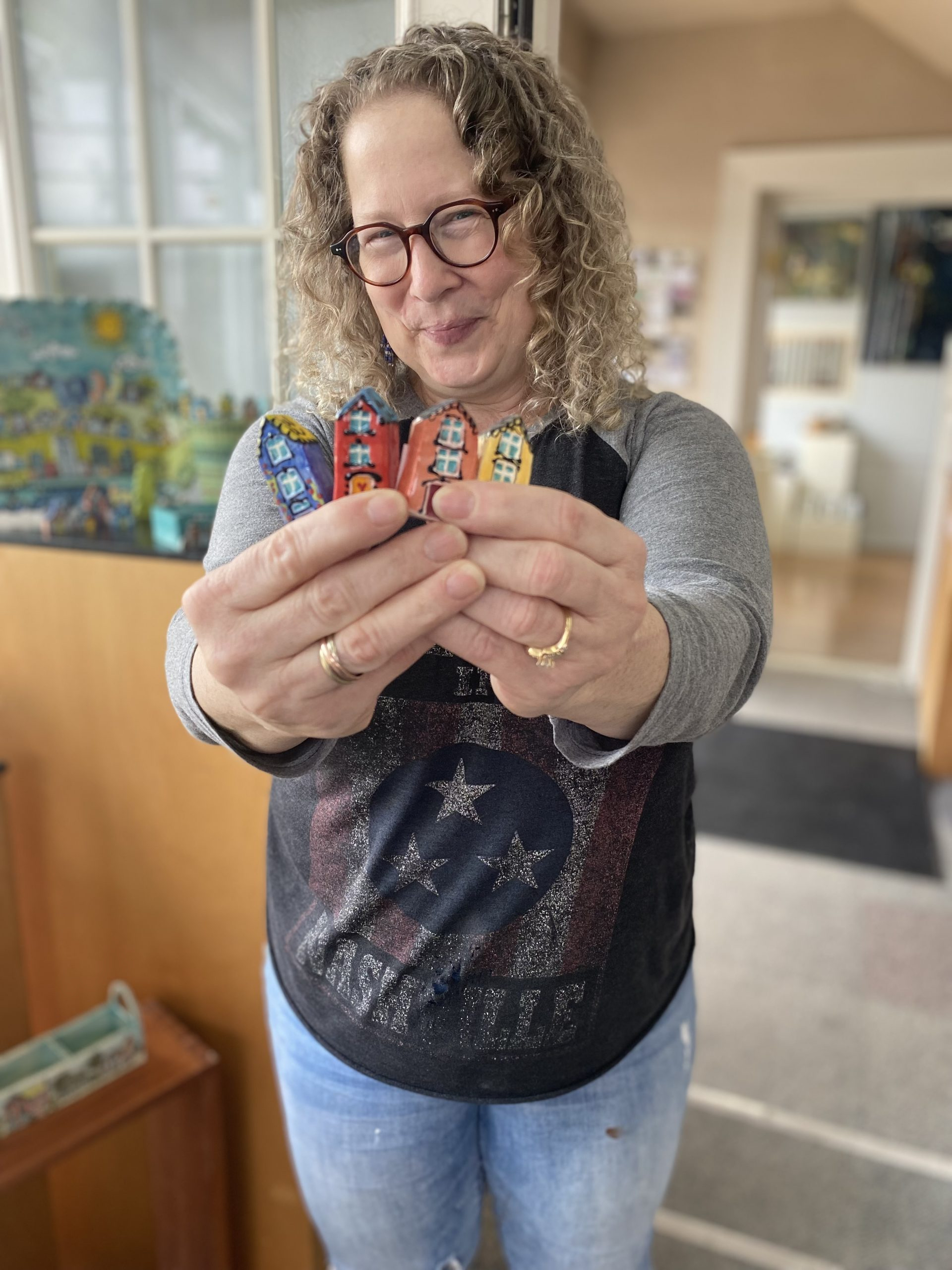 Held on September 27 – October 31, 2021, Artober Nashville will highlight the depth and variety of the arts community and its many public offerings while encouraging participation in the arts virtually from residents and tourists alike.

Visitors to ArtoberNashville.com will find hundreds of arts and cultural events both online and in-person — many unique to the month of October — in every discipline, including visual and performing arts, music, history, language, and film.

Although NowPlayingNashville.com has been an organizer and presenter of Artober Nashville since its creation by the Metro Arts Commission in 2011, this marks the online arts and entertainment website’s fifth year operating the program.

Artober Nashville is funded by NowPlayingNashville, as well as The Community Foundation of Middle Tennessee and the Tennessee Arts Commission.