Coach Ron Word and his West Nashville Broncos football team have benefited from new footballs and new and used shoulder pads from past equipment drives supporting The Sports Fund.

Coach Word’s team provides inner-city underserved kids, regardless of their ability to pay, the opportunity to play football at multiple age levels. These coaches — former college players — donate their time to coach and families pay what they can plus volunteer. The league helps with uniforms and equipment, mostly hand-me-downs, and our donation equipped over 25 kids, not to mention balls for all teams.

Lack of access to quality athletic equipment, both new and gently used, is a major barrier to young people participating in organized sports activity instead of lying around playing video games. Or, worse, getting into trouble after school and eventually perhaps joining a gang instead of a sports team.

“With kids, you’re planting the seeds,” Sean Henry, the CEO and president of the wildly popular Nashville Predators, has been quoted. In fact, Henry has credited getting new hockey equipment when he was a youngster with igniting his lifelong love affair with hockey.

Equipment drives for new and gently used sports gear — hockey sticks, pucks and other gear; soccer balls, cleats, and shin pads; basketballs; footballs and football gear; baseballs, bats and gloves; new mouth guards and other equipment in other sports — help so that no young people are denied the chance to live an active, quality life through teamwork and sports.

Nashville Predators To Host Equipment Drive for The Sports Fund

The Sports Fund, an initiative of The Community Foundation of Middle Tennessee, will be on site outside and just inside the entrances to Bridgestone Arena from 6 p.m.-7:30 p.m. to collect donations of new and gently used sports equipment as well as monetary donations of cash or check.

Checks may be made payable to The Sports Fund, and collections will be sorted and distributed to local nonprofits that fit The Fund’s mission of providing team membership experiences to at-risk youth in the 40 counties of Middle Tennessee. 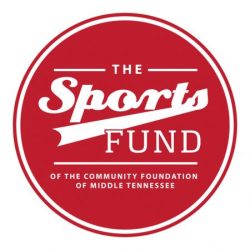 About The Sports Fund

The Sports Fund supports Middle Tennessee nonprofits and community programs that use athletics as a “hook,” offering kids a range of resources including tutoring, providing a source of activity during after-school hours, and giving kids a sense of belonging and guidance from coaches. Learn more at www.thesportsfund.org.