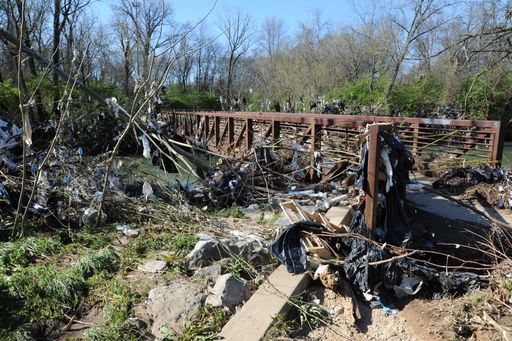 “I was getting worried, because my mom never comes [home] this late,” recalls Manuel Rico of the frightening night of the March 2021 flood and severe storms in Nashville.

“Something told me to call her,” Rico said.

Manuel’s mother, Alejandra, who along with her family requested the use of pseudonyms for this story, was with her husband, Tomás, trying to escape their truck, which had been swept away by rapidly rising floodwaters in the Paragon Mills neighborhood of South Nashville.

“The water wasn’t even touching the rims. Then, I don’t know how — water just came in and started taking the truck,” Alejandra said through an interpreter.

Firefighters and an unidentified man with a rope tried but were unable to reach them. So Tomás, who doesn’t know how to swim, wrapped his fist in a shirt and broke the vehicle’s sunroof. They jumped from the top of the truck, clinging to trees.

On the same street, Maria Soto and her family were trying to use towels to stop the water coming in the backdoor on their split-level home’s lowest floor, but the waters rapidly rose to about five feet, covering the lower and main levels. The family of 10, including Maria’s husband, brother, mother, niece and children, along with their pet dogs, crowded into the top floor.

“We were really scared,” Maria remembered. “Thankfully, the water stopped there.”

They looked out at the street, where they saw vehicles at both ends of their road struggling to escape the floodwaters.

“We saw a lady getting pulled by the river,” Maria said. “My brother was like, ‘We should help her,’ and I was like, ‘How?’ Her husband grabbed onto a tree, and she was being dragged by the river.”

The Ricos did make it to safety and walked home, where their son and four daughters had fallen asleep, exhausted and worried after their efforts to search for and call their parents were unsuccessful.

Alejandra is still covered with scars from abrasions she got clinging to the tree.

Manuel recalls the worst part of that night: “Seeing my sisters crying.”

He wondered before he knew they were safe, “How are they going to stay without a mother?” 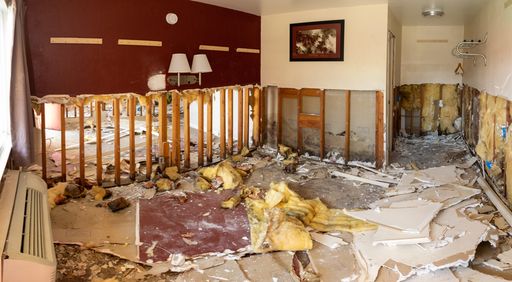 Dealing with the aftermath

Maria Soto, whose brother owns their home, lost everything on the lower two levels of the house, which had to be gutted and repaired. Since her brother had flood insurance, the repairs were paid for, but the family’s flood insurance didn’t cover contents or temporary food and lodging.

After spending a week housed with family, they returned home and lived in the top level while rebuilding the bottom levels, frequently spending money eating out at restaurants until the kitchen was repaired.

Maria says her husband, brother, adult son, and mother all lost their vehicles in the flood. Her car was spared only because it happened to be at a mechanic’s shop for a repair at the time.

Although her brother had comprehensive insurance to cover his truck, the others didn’t.

Her son, age 19 at the time, still owed money on his car. He was “upset and worried and stressed that, you know, paying for something that you don’t have any more felt really hard on him,” Maria said. 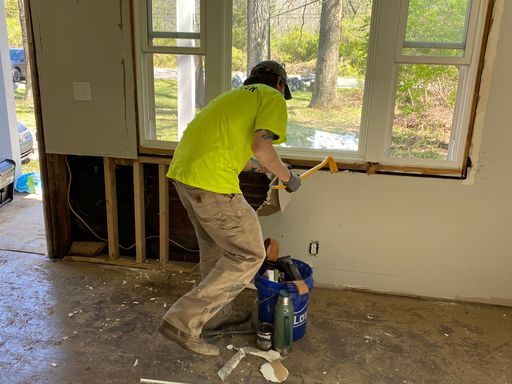 Getting survivors set-up with assistance

Both the Sotos and the Ricos were assigned Disaster Case Managers through the Disaster Recovery Connection, one of 40 members of the Nashville Voluntary Organizations Active in Disaster (Nashville VOAD).

The Rico’s case manager, Steve Venick, received funding from organizations supported by the Metro Nashville Emergency Response Fund at The Community Foundation of Middle Tennessee to cover a portion of the repairs to their truck, and the Soto’s case manager secured funding to pay off their son’s car so he could start saving for a replacement.

Maria says her son got emotional when she told him about the funding. “He was like, ‘Mom, for real? Mom, these strangers are going to pay for my car!’” she recalled him saying. “He was so happy that day.”

The rest of Maria’s household has been able to replace their vehicles with help from family members, but Maria says her son is “still saving up because he wants to buy a car and not owe anybody anything.”

Venick said the Ricos just got their truck repaired a few weeks ago.

“[Tomás] had to just get rides to go to work,” Alejandra said, recounting the nearly year-long recovery that is still in the works. At the time they were interviewed, Tomás was in Atlanta at the Guatemalan embassy, replacing important documents that were lost in the flood.

The Community Resource Center, both a member of the Nashville VOAD and March 2021 Long-Term Recovery Group, had provided beds for the family as soon as their case manager ordered them, while other household items have taken longer to replace.

Soto’s husband had only been back at work for a week after a long illness when the flood happened. They used his first paycheck to begin replacing household items, and Maria took an extra job to try to catch up.

Who responded to the needs of the survivors?

Lori Shinton, president and CEO of Hands On Nashville and chair of the Nashville VOAD, said one of the challenges of the 2021 floods has been that this disaster didn’t receive as much attention and donations as previous disasters in a city that had already endured a tornado, pandemic, civil unrest, and a bombing in just over a year.

As a result of this donor fatigue, the Community Resource Center’s funding to help replace furniture for the Soto family came nine months after the March 2021 flood.

Still, the Sotos expressed gratitude to everyone who helped, from VOAD’s member organizations to people who showed up in the neighborhood with food the night after the flood.

“We were all hungry, tired, dirty, everything,” Maria said. “We were so thankful for that food that night.”

Soto also received assistance from several of the other VOAD organizations such as Conexión Américas, Catholic Charities, and the Hispanic Family Foundation, organizations that helped both Hispanic and non-Hispanic flood survivors.

The March 2021 Flood has left a lasting impact on both the Soto and Rico families. Maria said the Paragon Mills neighborhood has changed.

“There were some houses completely abandoned,” she said. “They have boards in the windows, and nothing’s been fixed. Looks sad, you know, just to think of families being there before the flood and now it’s like, ‘What neighborhood?’”

And both families are more cautious. Recently, when heavy rain brought rising waters again to the neighborhood, a worried Maria Soto looked at the swelling creek. She said her brother is considering selling the house.

Manuel said he was going out to get a haircut during the rainstorm not long ago. His mom called and said, “Get a haircut another time.” The haircut could wait.

A year removed from floodwaters, rain is a reminder of just how dangerous heavy rains can be.

In need of assistance?

If you or a loved one are still in need of local assistance to recover from the March 2021 Flood and Severe Storms, the Disaster Recovery Connection is available to help you connect with resources.

Nashville VOAD is a coalition of dozens of nonprofits, community organizations, faith-based institutions, and government departments working to ensure effective response to disasters through cooperation, communication, coordination, and collaboration. Nashville VOAD’s goal is to provide knowledge and resources throughout the disaster cycle—preparation, mitigation, response, and recovery—to help disaster survivors in Davidson County communities.

During times of active disaster, the Nashville VOAD provides a single point of coordination for all member organizations seeking to assist survivors in our community so that needs are met in the most efficient manner possible. Learn more at www.NashvilleResponds.com.