Texas may be called the Lone Star state, but this time they cannot do it alone.

As Harvey hit Houston, the National Weather Service issued a dire warning: “This event is unprecedented” and “beyond anything experienced”…

We, in Nashville and Middle Tennessee, understand so well the trauma of flood.  In 2010, we had 13.57 inches of rainfall over 36 hours. Texas is looking at perhaps 5 days of torrential rain. Below is where they were as of Sunday morning, August 27, 2017.

Those of us who have lived in Middle Tennessee for awhile still remember so vividly our own recovery from our 2010 Flood. We remember how much the kindness of strangers from across the world meant to us.  We recognize oh-so-well the challenges disasters bring. The layers of need for every disaster unfold differently, but unfold they do. 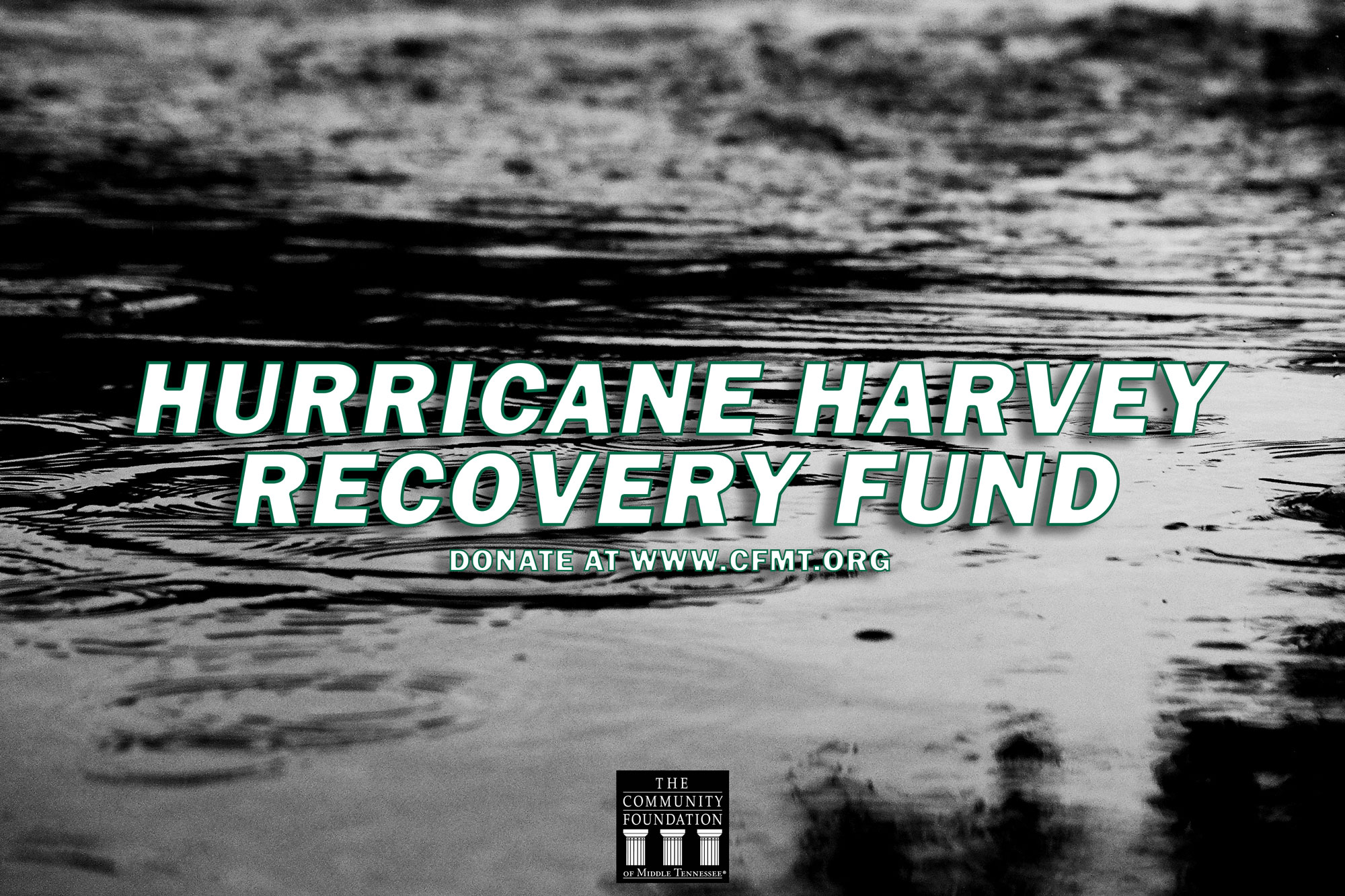 Sunday morning, August 27, 2017
• At least five deaths and more than a dozen injuries were reported by Sunday morning in the aftermath of Harvey, the hurricane that tore across the Gulf Coast of Texas over the weekend.

• The powerful system, now a tropical storm, pounded the region with torrential rains that were expected to continue, causing catastrophic flooding for days, according to the National Hurricane Center.

• “This event is unprecedented,” the National Weather Service said in a tweet.

• Emergency responders completed more than 1,000 high-water rescues during the night.

• Parts of Harris County, which includes Houston, have seen more than 20 inches of rain in the last 24 hours.

The waters are still rising in Houston, Texas. NBC News shared these before and after photos of Buffalo Bayou Park captured by Aaron Cohan on its Twitter account at 1 p.m.

•364,000 people have registered with FEMA for assistance