Beyond the glamour and glitz and the sequins and the sparkles, Nashville Fashion Week (NFW) reminds us year in and year out of its true goal: supporting and spotlighting Nashville’s growing fashion community.

The eighth annual celebration drew capacity crowds of 400 people nightly at OZ Arts Nashville, supports the Nashville Fashion Forward Fund at The Community Foundation of Middle Tennessee. Established in 2011, the Fund supports the next generation of fashion industry professionals with ties to Middle Tennessee by providing an annual financial award and resources for experiential professional development opportunities.

Examples of such development abound from this year’s NFW, from the influx of student volunteers from the design programs at Middle Tennessee State and Lipscomb universities to recent Fund winners and other emerging talents: 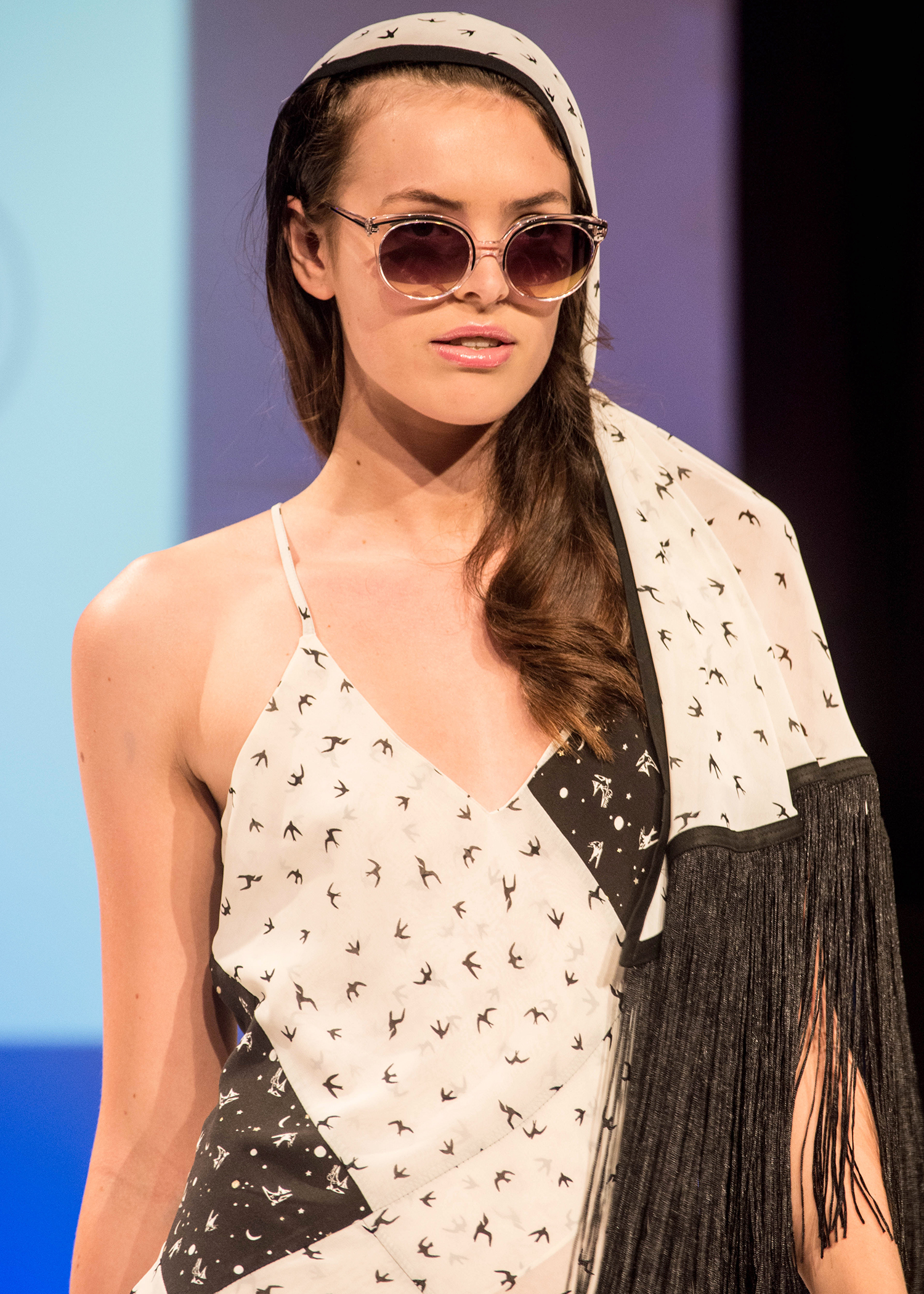 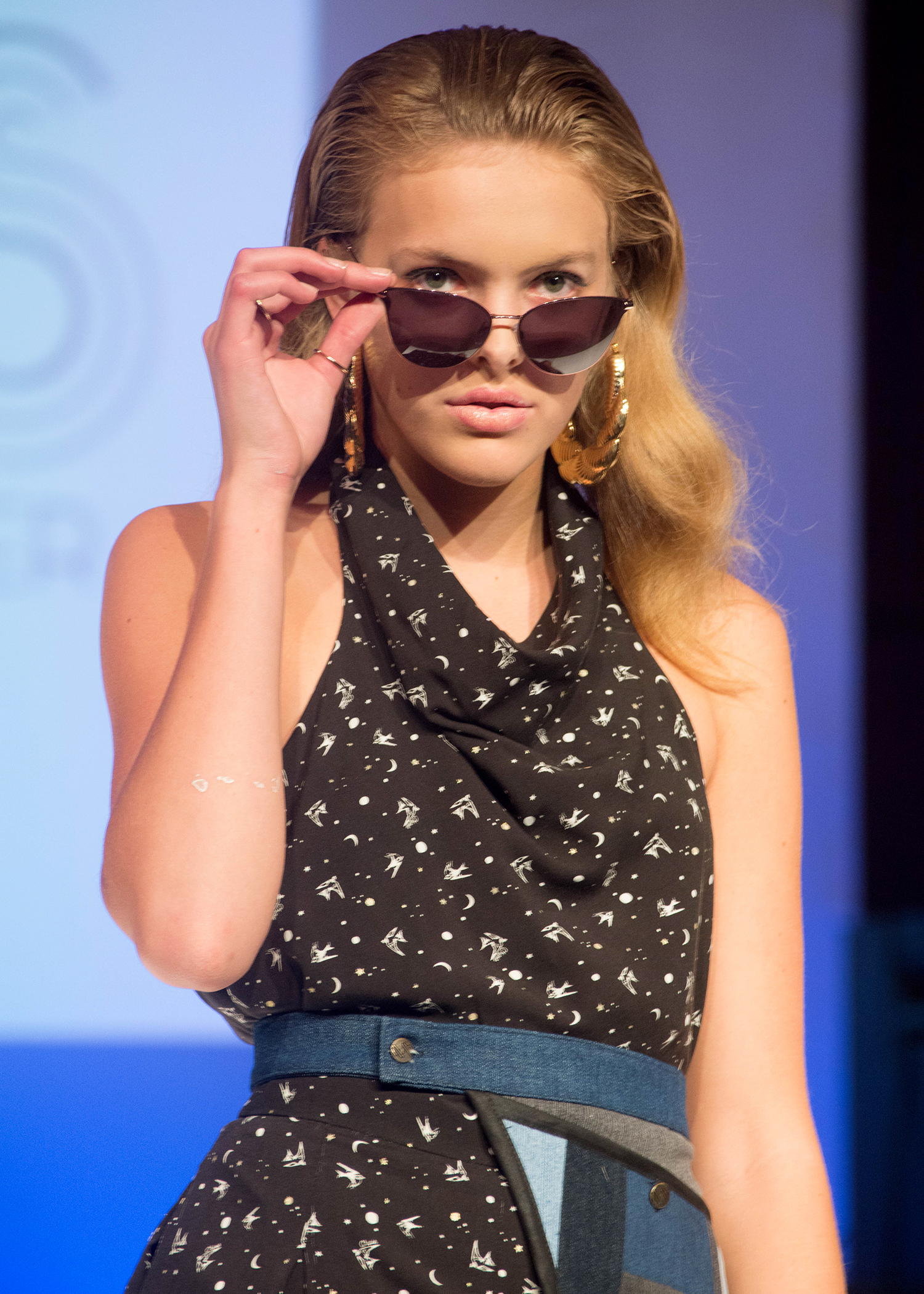 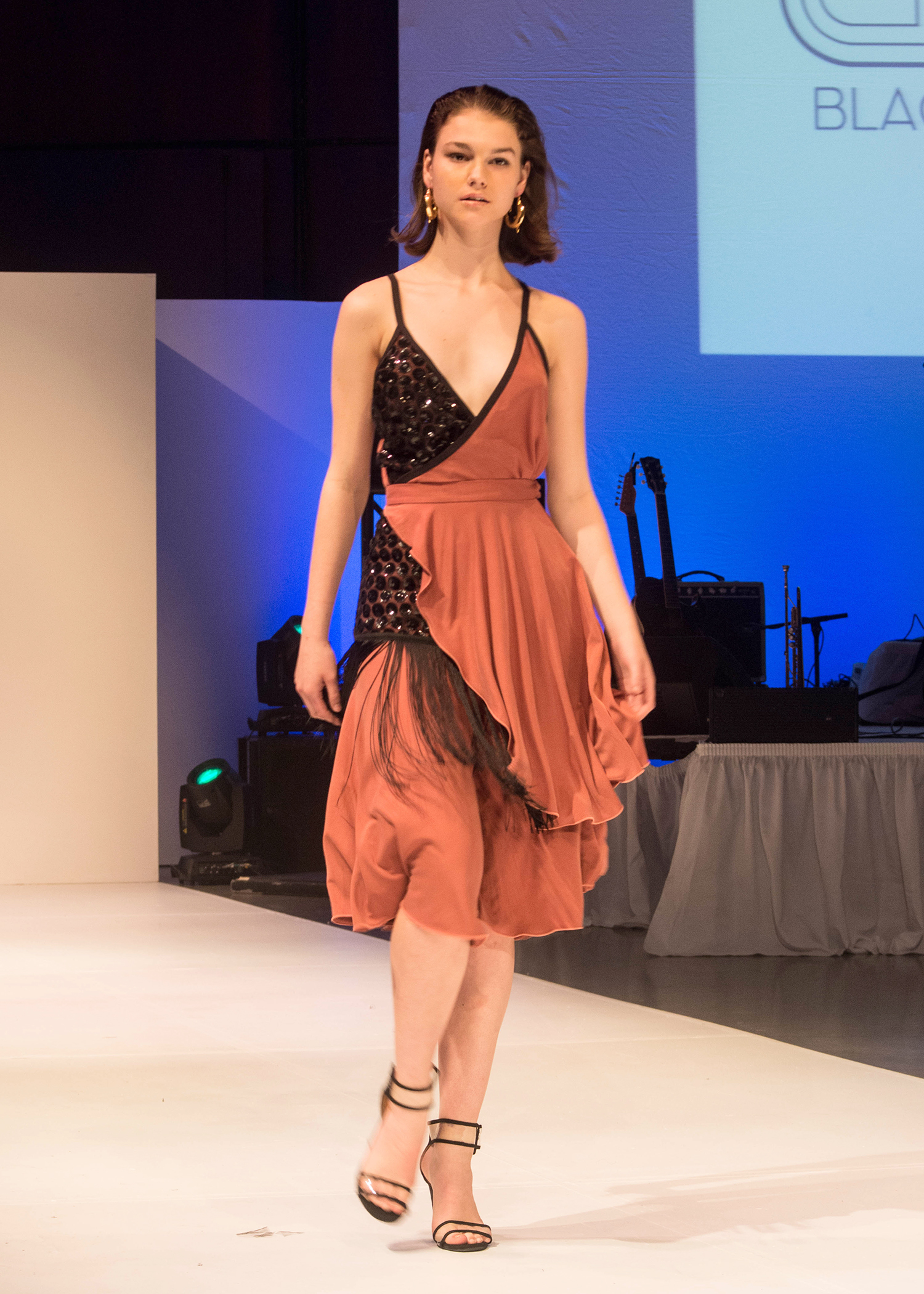 Maria “Poni” Silver, co-founder of the critically acclaimed rock band The Ettes, kicked off the five-day event with her 2018 collection of her fashion line Black By Maria Silver (BMMS). A graduate of the Fashion Institute of Technology in New York, Silver was the 2017 Nashville Fashion Forward Fund winner and was an emerging designer in the inaugural Nashville Fashion Week in 2011.

She also won the 2016 Rising Star Award and has gone on to design custom pieces for renowned Nashville-based singers such as Margo Price, Ruby Amanfu, and Deer Tick’s John McGaughey and also designed costumes for Nashville Ballet’s much-praised production ‘7 Deadly Sins.” A founder of Fond Object Records, she recently opened her first brick-and-mortar store at 1008 Woodland Street in East Nashville. She will use the money from her fund to travel to Europe to study the effects of technology in the fashion industry. 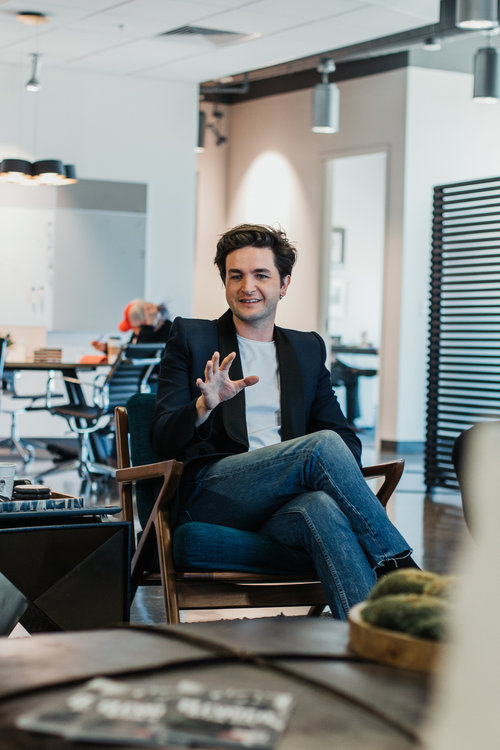 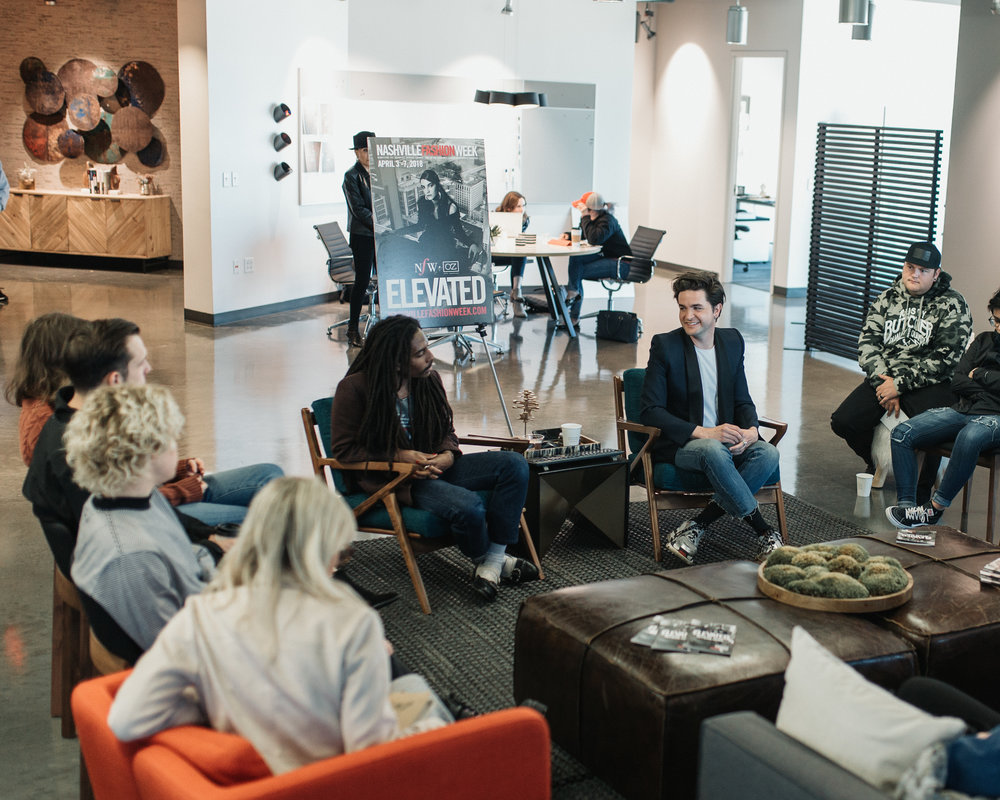 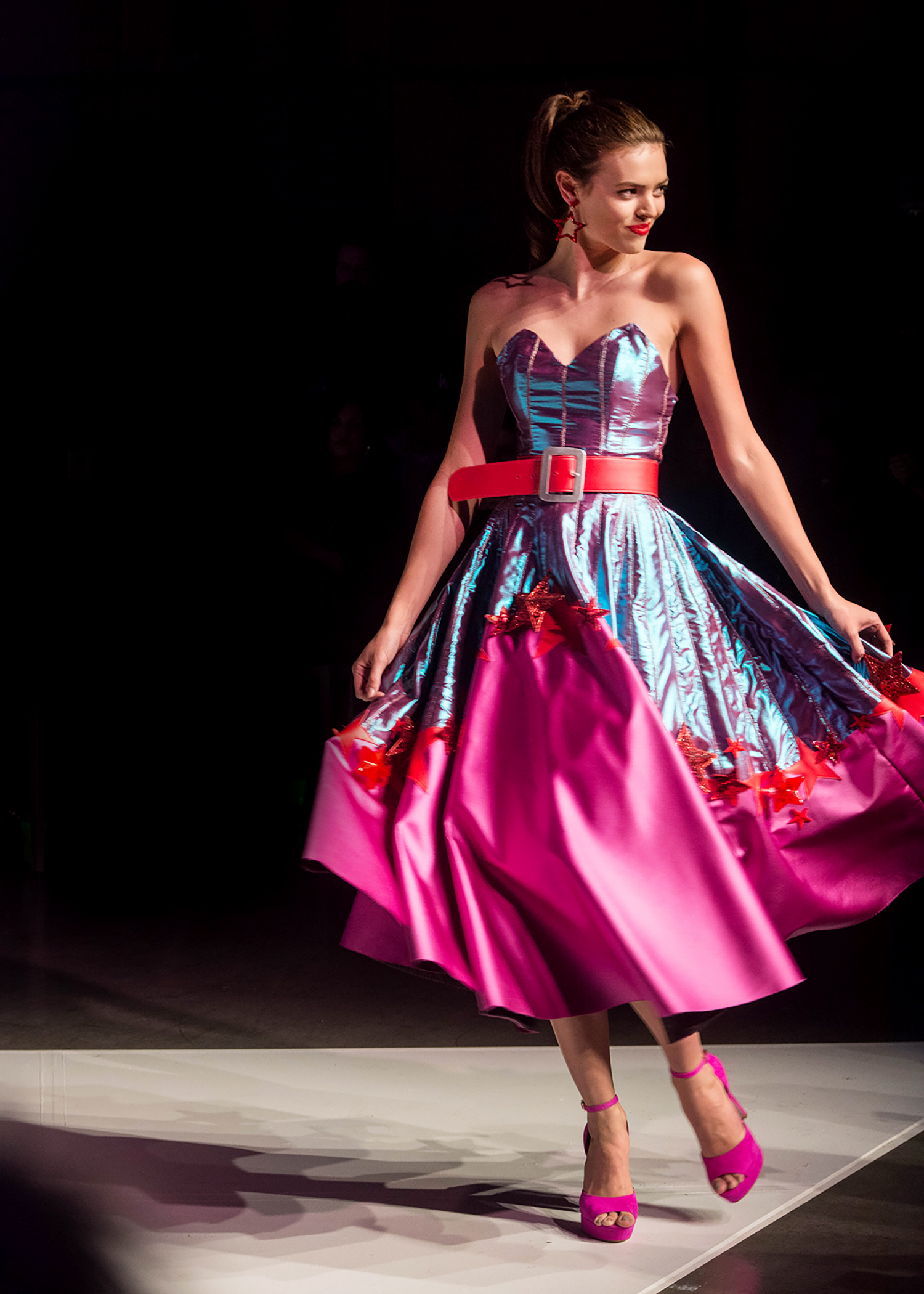 Eileen Kelly, part of NFW’s Friday night Emerging Designer Showcase, has worked with legendary fashion designer Manuel. Like Manuel, she specializes in Western and stage wear for musicians and others with bold fashion tastes. “Launching Eileen Kelly at Nashville Fashion Week has been a tremendous dream of mine,” says the designer, whose full name is Elleen Kelly Nieser. A native Ohioan, Kelly began volunteering with Nashville Fashion Week several years ago while a student at Kent State University. She graduated in May 2018 from O’More College of Design. 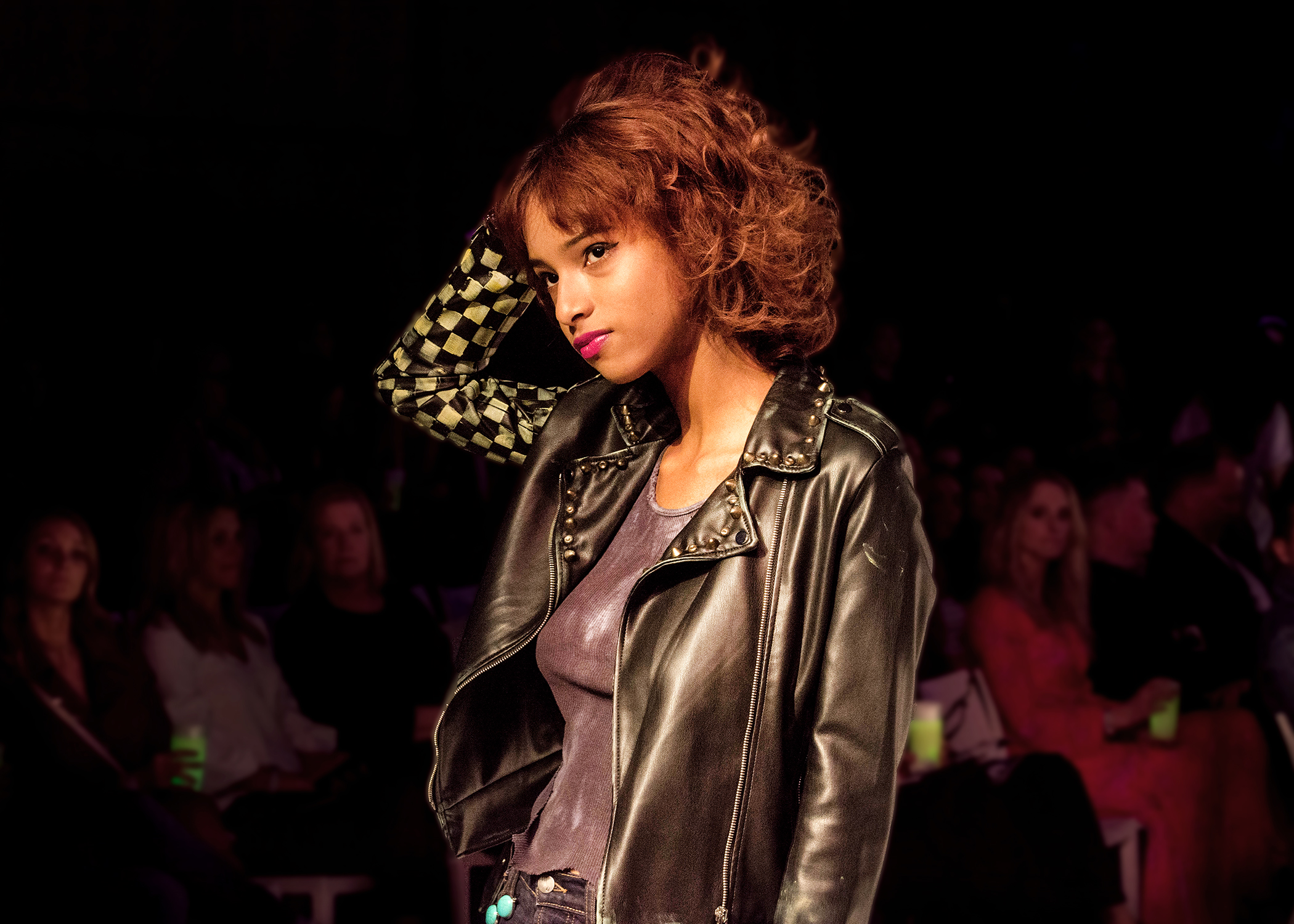 Justin Mark Richards, a guitarist for the country music duo Dan + Shay, made his debut as a fashion designer as part of Thursday night’s Emerging Designer Showcase. He began his designing career just over a year ago and told media he had never even attended a fashion runway show until this year’s Nashville Fashion Week.

It’s estimated that the value of being part of a NFW designer showcase is $25,000 thanks to the show’s caliber, exposure to participating fashion retailers, and access to photographic images shot throughout the week.

More than 50 promotions and events were hosted by participating local retailers and brands as part of the Shop Nashville Week program during NFW, which supports the goal of promoting economic development and support of the local fashion business community.

Co-founded and directed by a collaboration of fashion, media and marketing professionals, and working in collaboration with a host of businesses and sponsors, Nashville Fashion Week remains a completely volunteer-led and -run event that came along at just the right time.