One of Middle Tennessee’s most significant celebrations of women’s philanthropy is marking its 25th anniversary in style.

The Power of the Purse®, an annual luncheon benefiting The Women’s Fund at The Community Foundation of Middle Tennessee, plans to celebrate its 25th edition by saluting the hard-working volunteers who helped Middle Tennessee bloom.

Many of the previous co-chairs of the event will be the honored guests at the luncheon, set for 11 am-1 pm Thursday, April 28 at The Renaissance Nashville Hotel’s Grand Ballroom.

Keynote speaker will be Tiffany Dufu, a catalyst-at-large in the world of women’s leadership and the author of “Drop the Ball,” a memoir and manifesto that shows women how to cultivate the single skill they really need in order to thrive: the ability to let go.

The Women’s Fund itself was established at The Community Foundation of Middle Tennessee in 1994 by a committee of brave community leaders who wanted to invest in long-term solutions for transforming the lives of women and girls, improving the well-being of our entire community. The Fund began with eight grants totaling $500 each

Humbly beginning with eight $500 grants, The Women’s Fund grantmaking capacity has grown every year and has granted more than $2.3 million to scores of area nonprofits in Middle Tennessee.

Such philanthropy couldn’t have happened without The Power of the Purse® — affectionately known as POP to its many insiders. 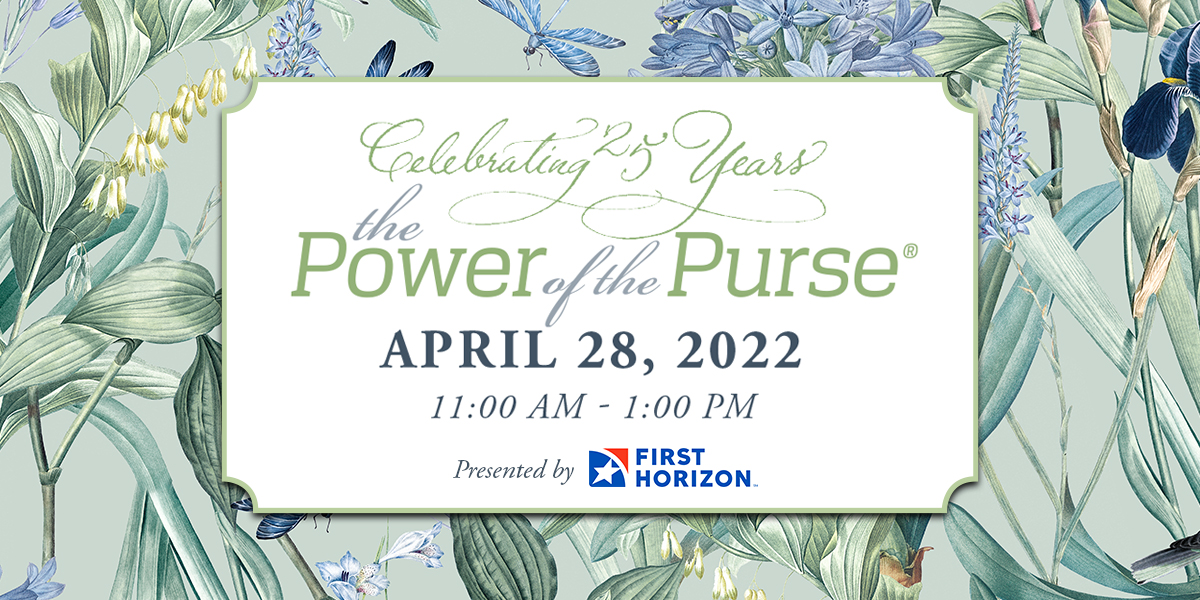 As Barbara Chazen, the first chair of the Advisory Board of The Women’s Fund, wrote in 1998 to explain the Fund’s first community-wide fundraising event and POP’s predecessor, called A Celebration of Women: “The Women’s Fund is still very young and as a youth needs attentive nurturing, guidance, investment and care,” wrote Chazen, who remains active with The Women’s Fund and is a fixture at the POP luncheons. “Your support and generosity are essential dimensions to the growth and success of this wonderful resource. The energy, creative and relentless devotion of the women and men who have been affiliated with this project are constant sources of inspiration.”

The luncheon’s origins began when Ruth Ann Harnisch, then and now a major benefactor of The Women’s Fund, encouraged CFMT president and co-founder Ellen Lehman to accompany her to a fundraising luncheon in New York that focused on star power and conversation.

The seed planted, Lehman and Judy Liff Barker, also one of The Women’s Fund’s early leaders and who still serves on CFMT’s Board of Trustees, later sat at a table addressing fundraising letters and trying to come up with a compelling name for the fundraising event.

Barker then recalled her time in graduate studies in history. “When I would teach a class and we wanted to know who had the power throughout history, particularly in Europe, it was the power of the purse,” she said.

Ever since, a key element of POP has been an auction of purses donated each year.

Another key element has been the annual Tribute Book, which carries the subtitle A Celebration of Women, featuring salutations and memorials to treasured women and girls. This year marks its second as a virtual book after years of being a bound volume sometimes suitable for a coffee table.

“A Celebration of Women celebrated humanity as we pay tribute to women and children who have touched our lives,” reads the description to the 2006 book. “We commemorate the many contributions made by women through their personal sacrifices, strength, perseverance, wisdom, support, love and grace. Business associates and friends, these women have helped us grow.

“By supporting The Women’s Fund, you have given women and children who are facing the daily challenges of poverty, homelessness, violence, discrimination lack of education or personal value an opportunity to realize their full potential.”

Keynote speakers throughout the years have followed that theme.

Former New York First Lady Matilda Raffa Cuomo — wife of the late Gov. Mario Cuomo and an advocate for women, children and families — spoke at the first luncheon in 1998.

With the COVID-19 pandemic knocking out the 2020 luncheon, 2021’s The Power of The Purse® rebounded with a virtual celebration from world-famous The Bluebird Cafe featuring singer-songwriters Aimee Mayo, RaeLynn, and Regina McCrary.

Of many POP highlights through the years, in 2011 it was announced that philanthropist Jane Eskind gave $1 million to create the Jane G. Eskind Endowment for The Women’s Fund, of which Eskind, who passed away in 2016, was one of the founders. Janet Ayers and Ruth Ann Harnisch also have made $1 million commitments to the Fund.

For present and past co-chairs, the event has meant a lot of work and satisfaction for jobs well done, as well as a special education about The Power of the Purse® and the value of The Women’s Fund.

“The Women’s Fund has touched the lives of so many people in ways that I take for granted in my world,” said Sondra Cruickshanks, who co-chaired POP in 2007. “I never realized that women could not pay for mammograms, that essentials like diapers are not in a home, that transportation to a ‘safe house’ was vital, that counseling regarding parenting was not shared through family members, that guiding young girls as they mature through ballet, running, creative writing, and music could support adulthood and citizenship, on and on!”

Mary Rolando co-chaired the first-ever POP Tribute Book in 1998. “The staying power of POP is notable,” Rolando said, “and attributable to the integrity of the purpose of the event and the ingenuity of the board in keeping the event fresh.” 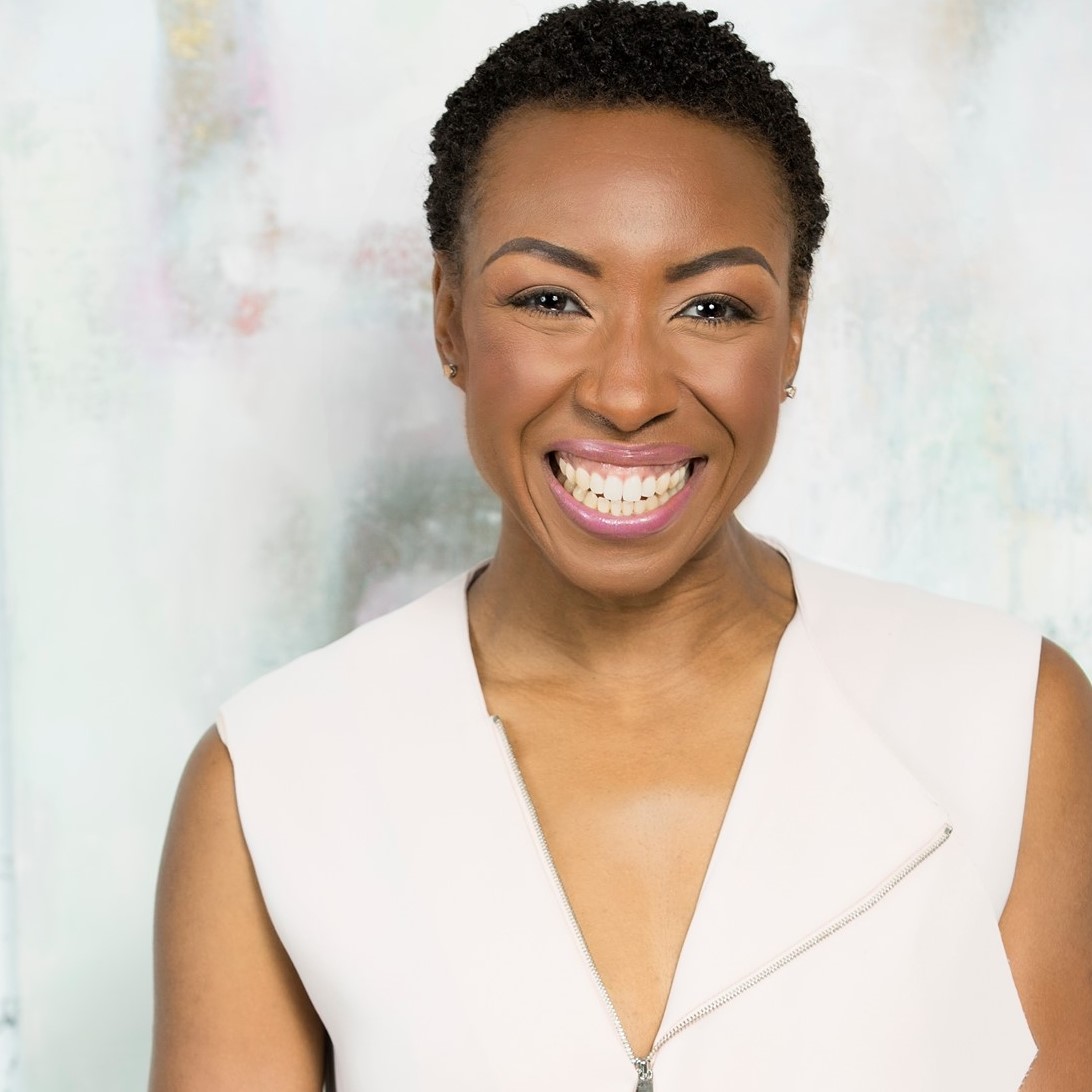 Tiffany Dufu, author of “Drop the Ball” and The Power of the Purse® keynote speaker, has dedicated her life’s work to advancing women and girls.

Said Dufu, “I relentlessly pursue one goal: a world in which women’s gifts and voices are fully harnessed for the benefit of all of us.”

According to foreword contributor and famed women’s rights advocate and activist Gloria Steinem, “Drop the Ball” is “important, path-breaking, intimate and brave.”

Named to Fast Company’s League of Extraordinary Women, Tiffany is Founder and CEO of The Cru, a peer coaching platform for women looking to accelerate their professional and personal growth. She was a launch team member to Lean In and was Chief Leadership Officer at Levo, one of the fastest-growing millennial professional networks.

Prior to that, Tiffany served as President of The White House Project, as a Major Gifts Officer at Simmons College in Boston, and as Associate Director of Development at Seattle Girls’ School.

Tiffany serves on the board of Girls Who Code and Simmons College. She is a member of Women’s Forum New York, Delta Sigma Theta, Sorority, Inc. and is a Lifetime Girl Scout. She lives in New York City with her husband and two children.