This initiative, dedicated to harnessing the energy, enthusiasm, and resources of young Nashville residents, started like many other great ideas, sharing a beer with friends around a kitchen table.

The Tomorrow Fund, established in 1998, has officially completed its twentieth year of operation. This initiative, dedicated to harnessing the energy, enthusiasm, and resources of young Nashville residents, started like many other great ideas, sharing a beer with friends around a kitchen table. When a young Casey West sat with his friend, Jay Williams, to discuss ways to make a positive impact in our community, they didn’t expect all the friendship, sense of purpose, and project longevity the idea they imagined would create and endure. But that’s what happened.

The group that they formed, The Tomorrow Fund, became centered around three tenets: social participation, active community service, and financial contribution to our community.  According to that young Foundation President, Casey West, “the three tenets of The Tomorrow Fund are really intended to feed off one another– members will want to contribute financially because they are out in the community volunteering and learning more about nonprofit organizations, they’ll continually be encouraged to volunteer and contribute because of the friendships they’ve formed with others who do the same.”

When we sat down with Jay Williams some twenty years later, he is now co-head of the WME office here in Nashville. He reflected in satisfaction stories about how this “little fledgling idea”, created amongst friends looking to spend their time doing better, got started. “It’s not only self-satisfying but it’s necessary for people to give their time… Think about it now. It’s like anything, if you start good habits at an early age, it’s easy to carry them through, and I really credit Casey for stopping what everybody was doing and finding a way to think about people other than ourselves.” 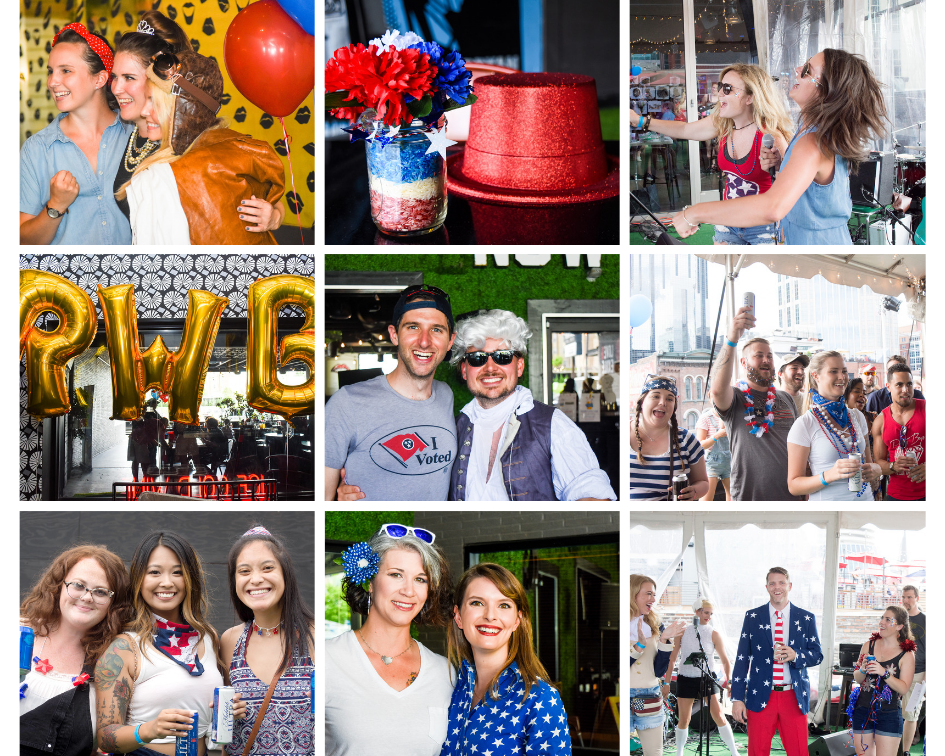 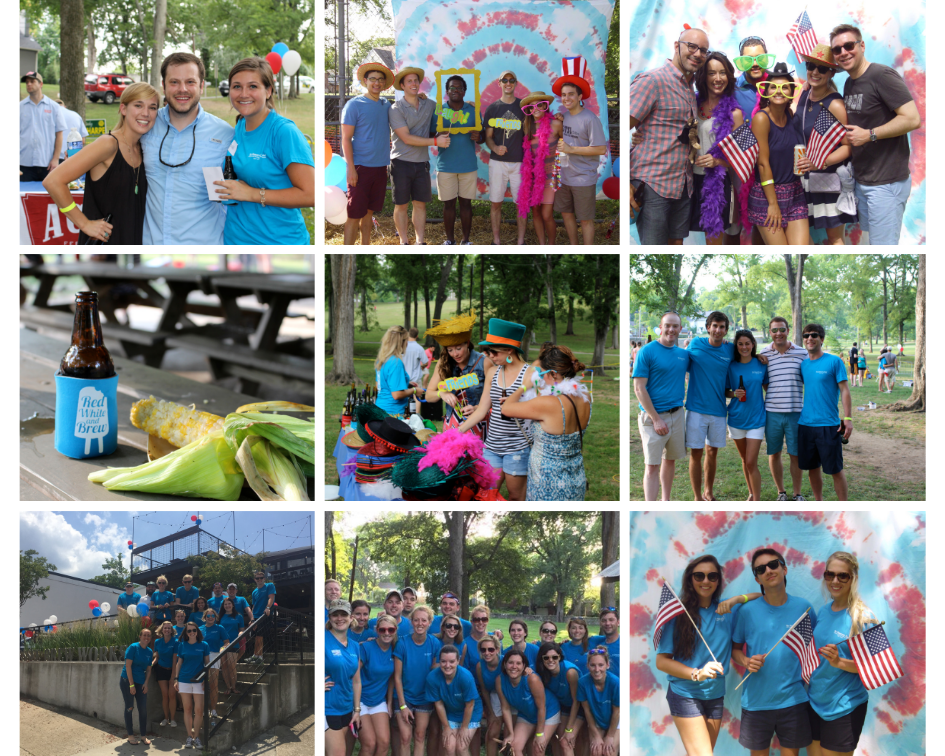 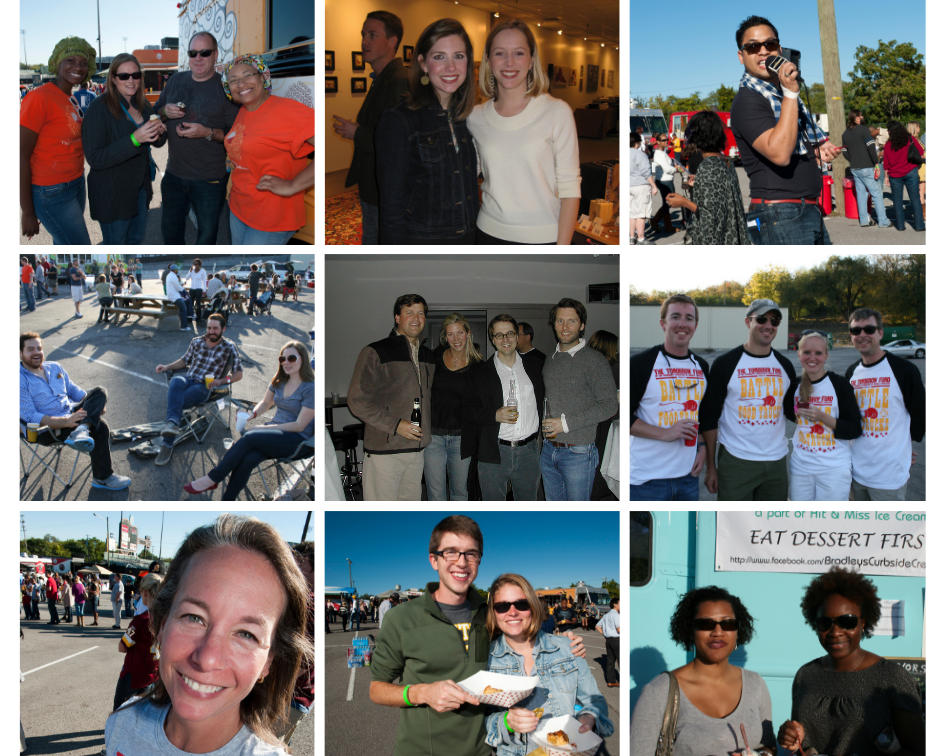 In the early years of The Tomorrow Fund, the founding board knew that they needed to come up with innovative ways to raise money for the fund that didn’t exhaust their members’ resources. They found that path with an annual community event, and in its first years hosted a Mardis Gras-themed party at Marathon Village. The event included a 9-piece band, straight from New Orleans, providing their crowd of 250 people that upbeat ambiance that only traditional New Orleans jazz and high energy hip-hop can provide. Party-goers also enjoyed tasty Cajun fare of red beans & rice, shrimp gumbo, and other traditional dishes. Between eating and dancing, guests spent their time bidding on silent auction items and chatting about the early good works of the Tomorrow Fund board. These first events provided the template to what the events have become today, and in all, provided the funds they needed to sustain the financial growth of the Fund and impact the fund members were hoping to create through grantmaking to the nonprofit community serving children.

In the following years, members decided to keep the energy of their community events fresh by changing them up. This allowed for transitioning in and out of event formats as the members of the Board’s interest also shifted. In 2005, the ArtisTree event was launched. ArtisTree was an art show that featured paintings, prints, and jewelry by local artists, paired with wine and light refreshments for its guests.

In 2011, The Battle of the Food Trucks event was born, the same year that Zagat’s newest edition included the category of “Food Truck” as its own separate category. The event boasted upwards of 20 restaurants from the burgeoning Nashville food truck scene, where attendees were invited to sample bites and then vote for their favorites in a friendly foodie competition.

Lastly, in 2013, the event that the Fund currently throws today, Red, White & Brew was launched. Red, White, and Brew is an over the top, America-themed party, complete with costume and karaoke contests. It’s the only event in Nashville where you may hear one of your pals singing Lee Greenwood’s “Proud to be an American” dressed as Dolly Parton. Though the location has changed throughout the years from Sevier Park, the old stomping ground of Paradise Park, and this year’s event location Nashville Urban Winery, the sentiment is still the same, a good ‘ole ‘merica-yelling good time.

The Tomorrow Fund logo, created by former member Lou Chancellor, is the oak tree seedling, and this seedling represents the fund’s philosophy and mission succinctly. The metaphor often used to describe endowment funds with a Community Foundation is planting seeds for community betterment. By setting aside money in an endowment fund and allowing it to grow, early Tomorrow Fund changemakers were ensuring that their community impact, which started with small yet meaningful grants, would transform over time into strong and vibrant support for the nonprofit community.

Today, thanks to its generous supporters and volunteers, as well as the hard work of The Tomorrow Fund board throughout these twenty years through their annual events, The Tomorrow Fund has granted over $88,000 to organizations that provide services to children, predominantly focused in Middle Tennessee. It is the continued hope that members grow the fund through innovative use of social media, event planning, and networking in order to amplify the impact local young professionals are able to make by being a member of the Board or participating in one of The Tomorrow Fund events. 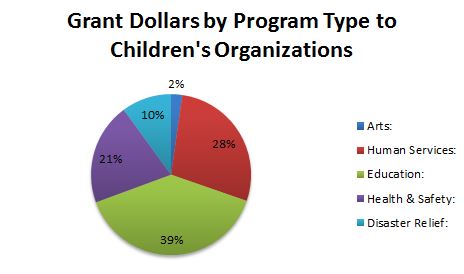 The Tomorrow Fund has distributed:

By 2005, members had donated more than 4,000 hours of community service to non-profit organizations such as The Salvation Army, Second Harvest Food Bank, Warner Parks, Ronald McDonald House, Renewal House, The American Red Cross and many others. Since then, our Tomorrow Fund board, friends, and alumni have lost count, but the members still maintain that community service events are a capstone item in what the Tomorrow Fund provides to the local community. 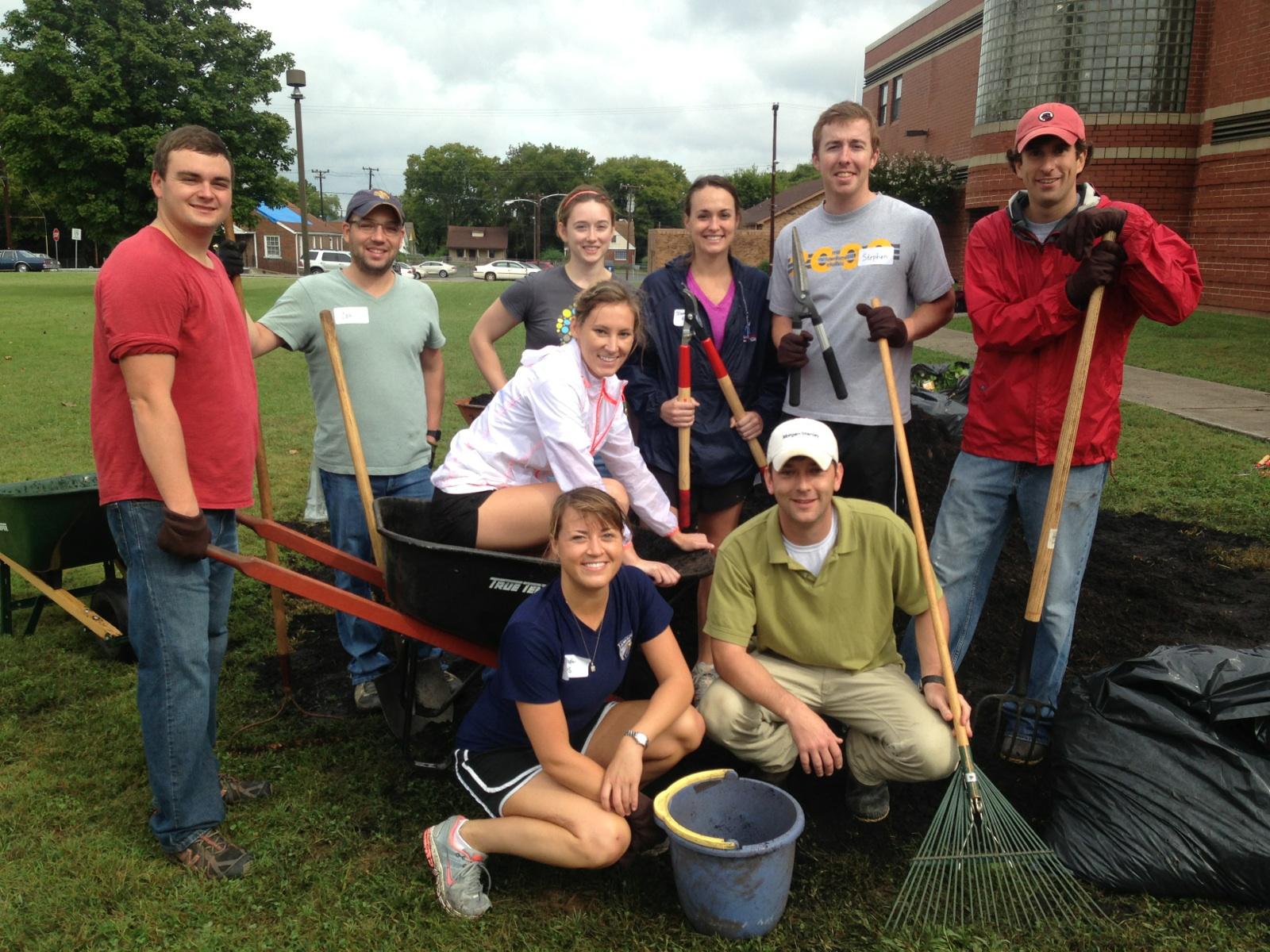 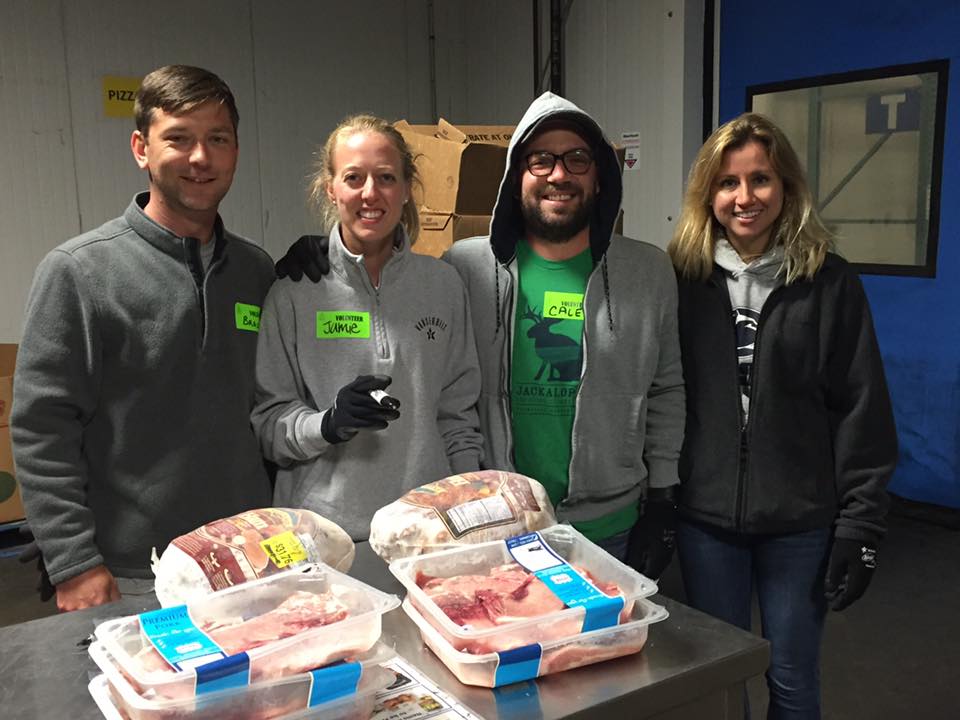 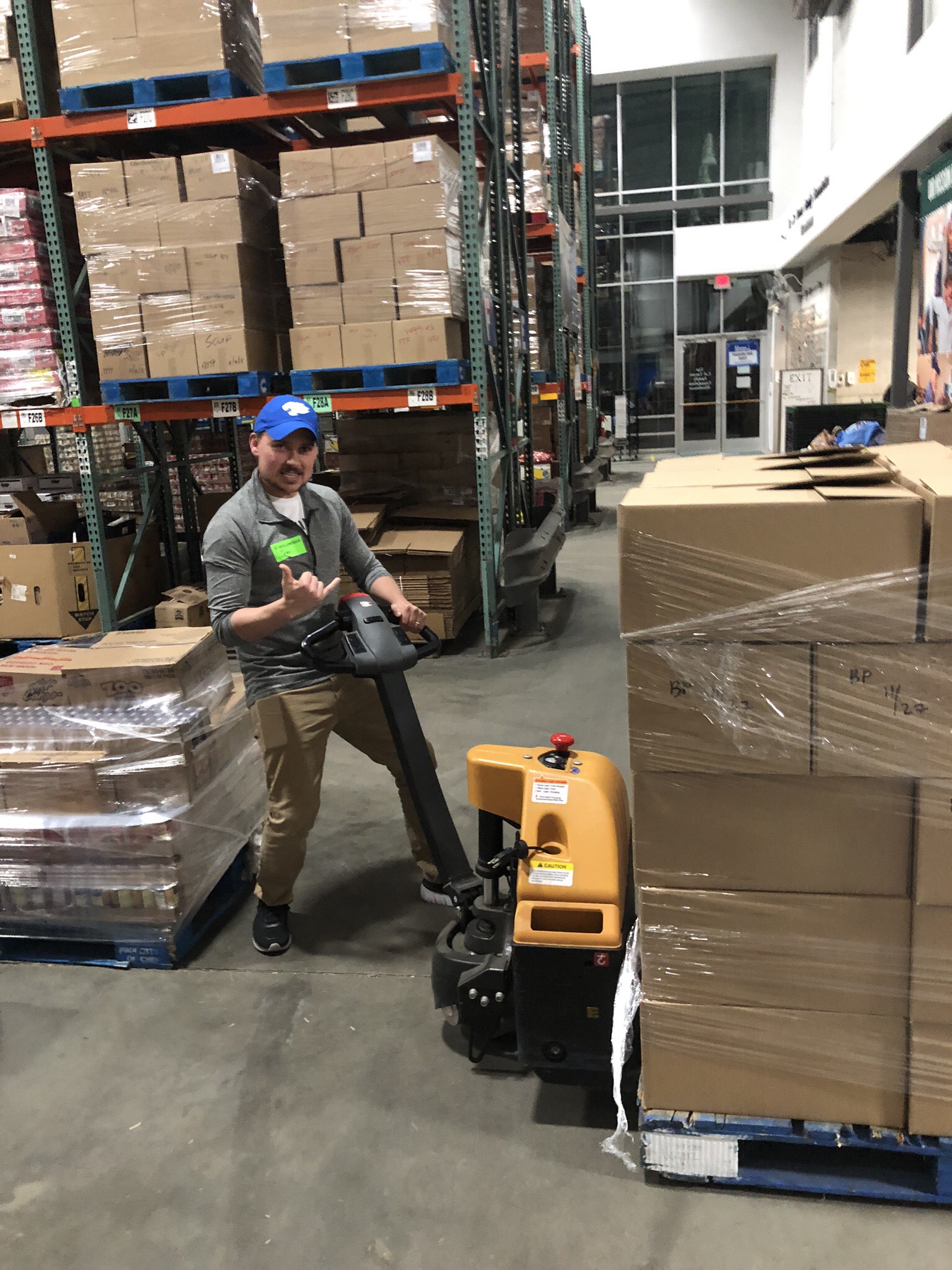 In 2008, The Tomorrow Fund launched a new project called the Giving Tree. By reaching out to their own social networks with a $100 ask in the months of November and December and partnering with local childcare providers, members were able to fill a need by supporting local low-income families with their holiday shopping.

To date, The Giving Tree initiative has supported over 800 families amounting to $80,000 of assistance, and the initiative has become one of fund members favorite activities of the year. During collection week, Tomorrow Fund members and staff at The Community Foundation of Middle Tennessee get a special sense of satisfaction trying to fit all of the items collected from the Nashville community into a UHaul that seems to shrink every year. In the years to come, The Tomorrow Fund plans to continue to develop relationships with local businesses who also want to share the holiday spirit, allowing them to support even more families in Middle Tennessee. 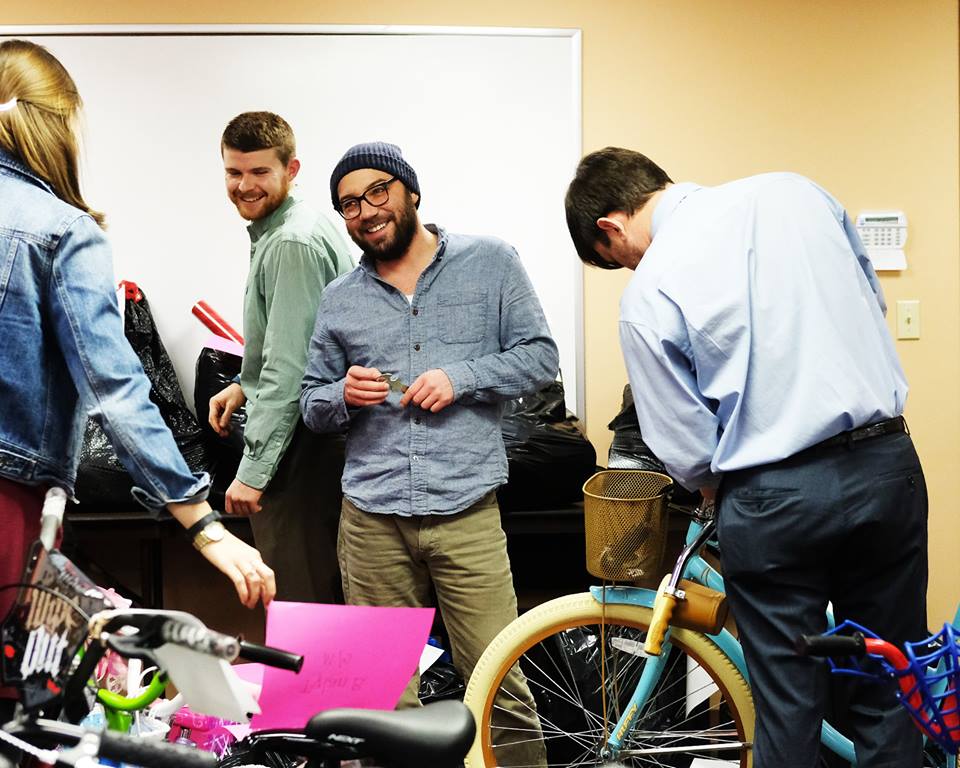 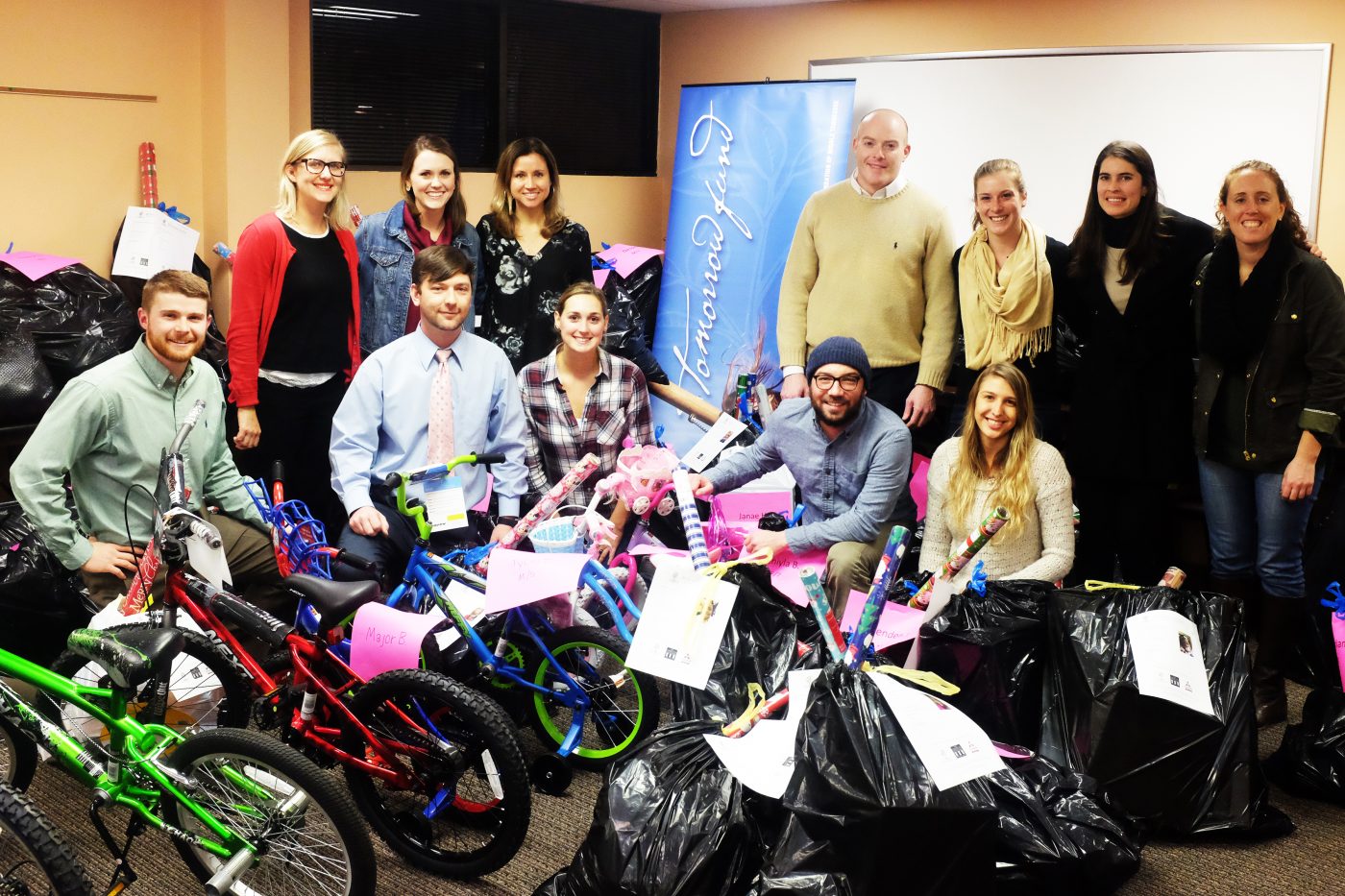 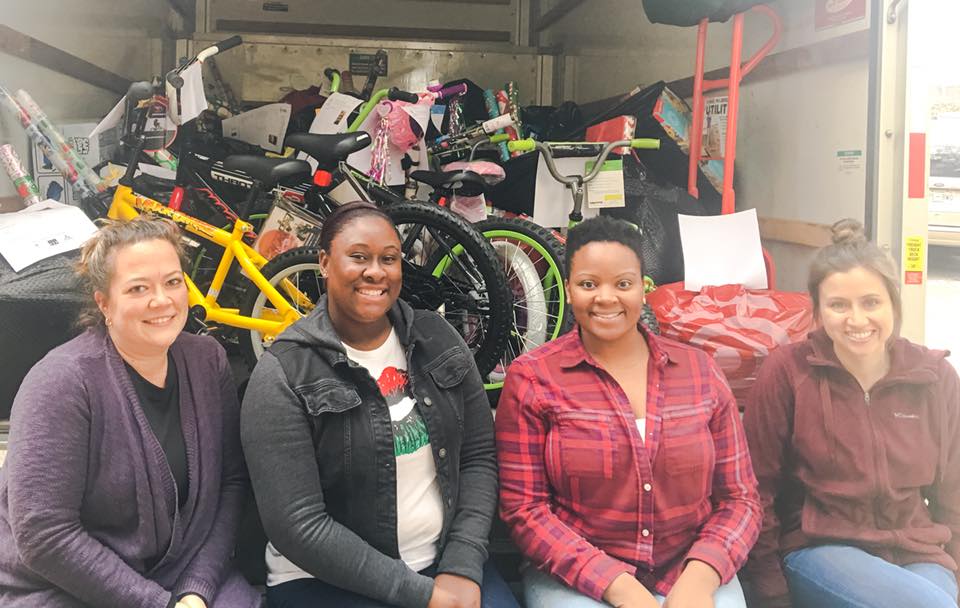 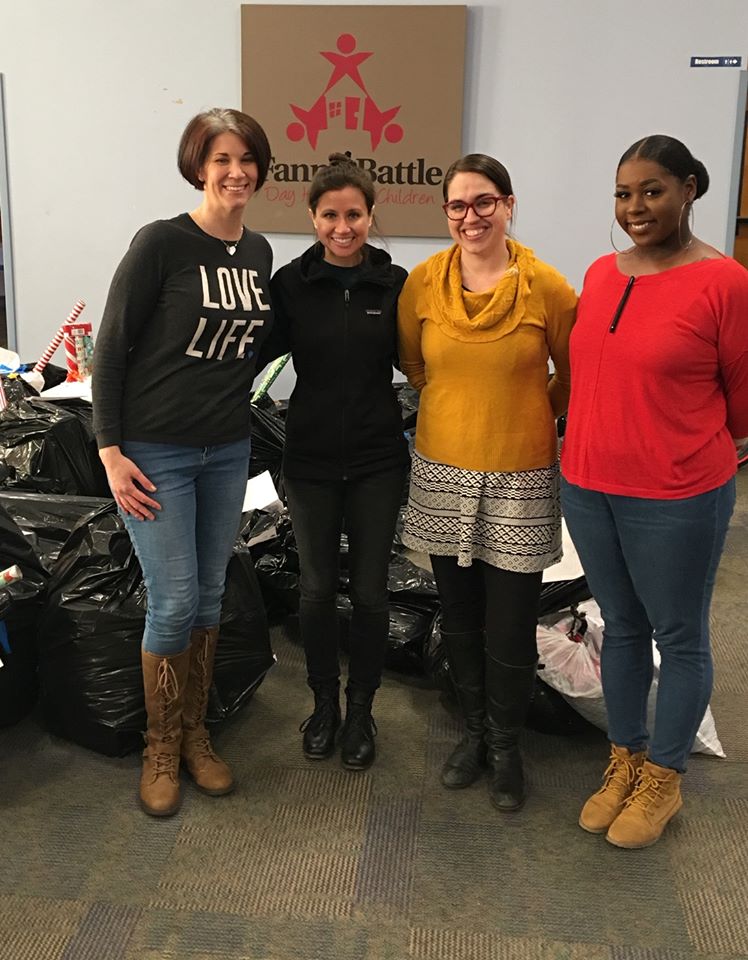 The Tomorrow Fund has been a starting place for many young Nashville philanthropists just getting their start in this great city. Below is a list of The Tomorrow Fund’s current and alumni members, who in their earliest years of adulthood found it important to make their mark in Nashville through the use of their time and resources toward efforts providing community service, civic leadership, raising dollars for the local nonprofit community, and sharing their time with the other community-focused friends they would meet along the way:

If you’re interested in joining The Tomorrow Fund board and are a young professional above the age of 22, please contact the Tomorrow Fund Coordinator, Nicole Rose, at nicole@cfmt.org for more information.