902 Nonprofits to Participate on May 2 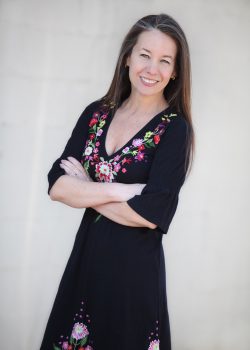 IF YOU LIVE HERE. GIVE HERE.

EVERY person in Middle Tennessee has been touched by a nonprofit.
Their lives are better for it.
Maybe they were born in a nonprofit hospital.
They were certainly educated in a nonprofit school.
Every time they go to their church, synagogue or mosque… they reap the benefits.
When they take out a book from the library or go to the theater or rescue an animal….

Wednesday, May 2, 2018 – for 24 hours – its time for Middle Tennessee to come together to pay back these nonprofits for the life-changing work they do.

I mean, would any of us want to live in a community without schools, hospitals, religious institutions, animal shelters, art museums and the rest?

A total of 902 local nonprofits have opted to participate in The Big Payback this year, from 35 counties. This is absolutely the most collaborative and inclusive giving event ever held in Middle Tennessee.

People often think that The Big Payback is all about a 24-hour online giving event to pay back Middle Tennessee nonprofits which have decided to participate. And, it is.

The fact is, however, that The Big Payback is much larger than simply that metaphoric “pot of gold at the end of the rainbow.”

In preparation for The Big Payback of 2018 and during the years that have preceded it, thanks to our generous sponsors – especially the Kharis Foundation – Middle Tennessee’s nonprofits are now conversant in engaging donors using digital tools they formerly feared – or at least about which they were skeptical.

My favorite statistic from The Big Payback is that, through 2017, 18,606 donors have self-reported making a gift through The Big Payback to a nonprofit they’d not previously supported. 18,606 donations from new donors in four 24-hour days is transformative, and it is safe to say that although it is a 24-hour event, the effects of The Big Payback last 365 days a year.

Thanks to The Big Payback sponsors – every nonprofit in Middle Tennessee has had access to training in how to engage donors through their websites, social media, newsletters, direct mail and the like. These are tools they can use each and every day to improve their communications and to help them help others.

Ultimately, the goal of The Big Payback.org is to help the LOCAL nonprofits we love get the tools, the support and the awareness they need to help more and help better.

We need EVERYONE to pitch in during the 24 hours of May 2!!! Invest in your favorite charities – the ones that touch your heart and touch your life. But also invest in some new ones you’ve been meaning to help but haven’t ever taken the opportunity. Gifts as small as $10 can really add up and make an impact.

At The BigPayback.org you can search by the name of the organization, the county they serve, or the work that they do. You can invest in a cause – like making sports and team membership available to at-risk kids or in a specific geographic area such as Wilson, Dickson, Cheatham or Rutherford counties.

Bottomline: On May 2nd, we need each and every Middle Tennessean to STEP UP. GO to TheBigPayback.org AND make a difference by giving to local charities! Remember: Live Here. Give Here.

Ellen Lehman has served The Community Foundation of Middle Tennessee as president since it began in 1991, and has seen it grow to become a philanthropic force in 40-county area in Middle Tennessee.