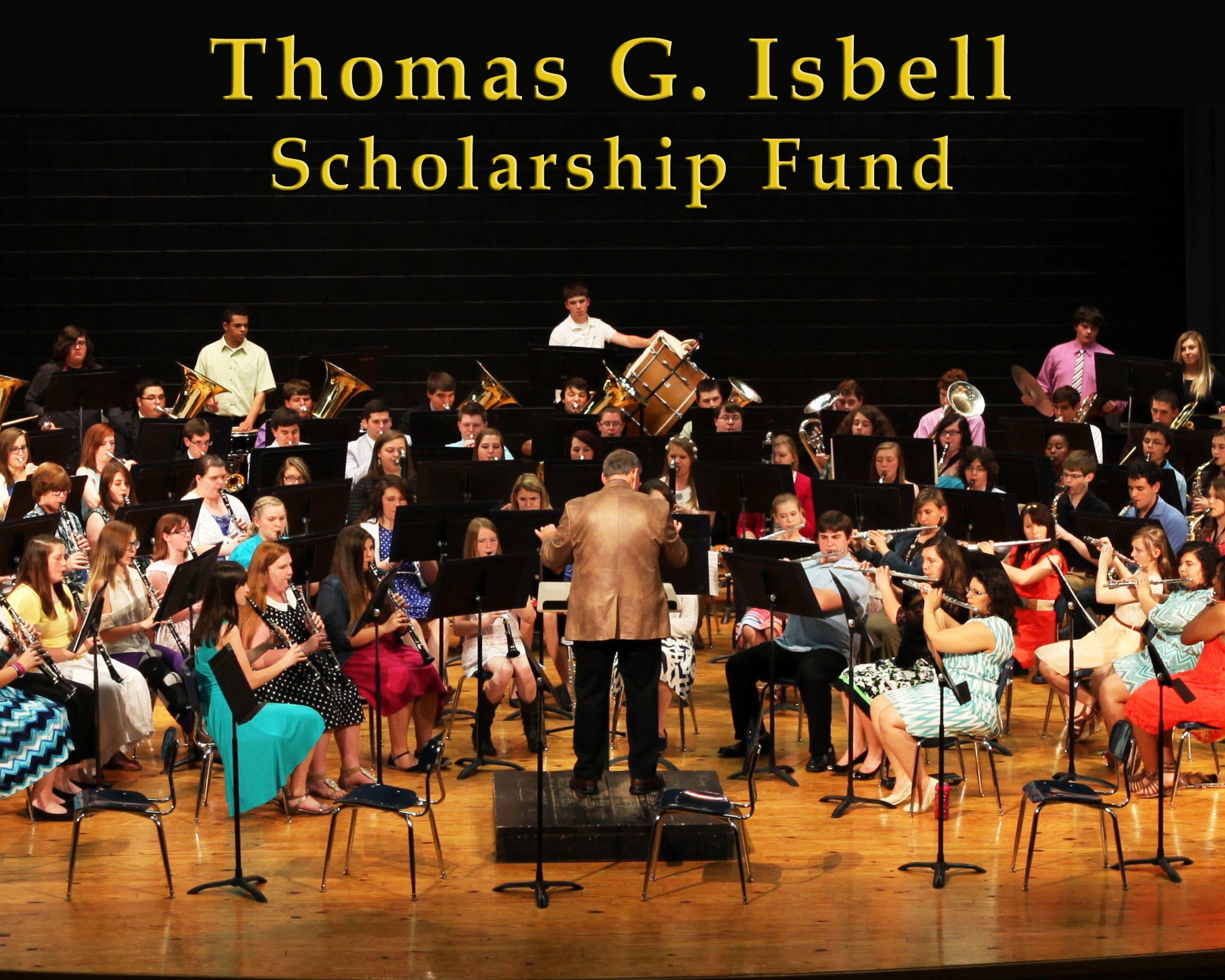 Eligibility: One or more scholarships for graduating seniors from Franklin County High School (Winchester, TN) who have participated in instrumental band class for all 4 years of high school and plan to attend college full-time to pursue an undergraduate degree in music—including music education, music performance or music therapy.  (There is a preference for music education students.) The scholarship is not renewable.

Thomas Gary Isbell’s musical story begins with him playing cornet in the boys’ locker room at Clark Memorial School, where Franklin County’s band director Ray Tanksley conducted class. Tommy continued his career at Franklin County High School, attending and performing at numerous events under Mr. Tanksley’s direction. Many of those performances and events, prior to Tommy’s 1967 graduation from Franklin County, occurred at Tennessee Technological University, a school he was growing fond of. Despite Tommy’s love and passion for music, he entered Tennessee Tech to pursue an engineering degree. After his first college marching band camp freshman year, Tommy’s musical calling became clear, and he changed his major to music. He graduated from Tennessee Technological University in 1971, and proceeded to enlist in the Tennessee Army National Guard’s 129th Army Band.

Tommy’s early music education career took him briefly to Williamson County, TN where he started the band programs at Fairview High School and Fairview Elementary School, then for two years as band director at Moore County, TN. It was during his two-year tenure at Fairview that Tommy married Gina Powell, the sister of his Tennessee Tech University roommate. Gina would become Tommy’s beloved partner in his life’s work. Tommy was very busy during these early years building his career, performing with the 129th Army Band, and founding the Tri-Lakes Band Directors Association with other dedicated regional music educators.

In 1976 a band directing position opened in his hometown, and Tommy and Gina moved their young family back to Franklin County, TN. His assignments were to assist Larry Buckley with band directing duties at North and South Junior High Schools, as well as conduct the marching band and assist his former mentor and band director, Ray Tanksley, with concert band at Franklin County High School.

Thomas Gary Isbell would spend the next 42 years, raising a family, achieving his Master’s Degree, and tirelessly serving the students, parents and community of Franklin County High School. Gina Powell Isbell, with any number of children or later grand children in tow, could always be found close by, providing her own exceptional musical assistance, or to provide advice or encouragement to students where needed. Together through the years, Thomas and Gina Isbell provided Franklin County High School with exceptional quality leadership and instruction whether it be Concert Band, Marching Band, Jazz Ensemble, Pep Band, General Music, Music Theory, Choir, Show Choir, or Dinner Theater. They positively impacted the education of thousands of area students, and enriched their lives for years to come. Franklin County Tennessee, and decades of music students, will forever be thankful.