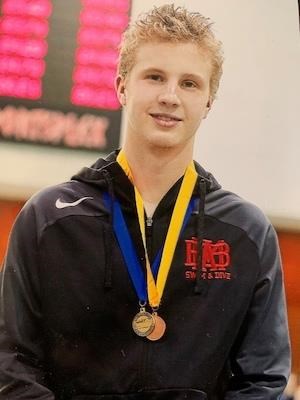 Benedict Guilford (“Ford”) Ray left us on April 4, 2021 at the age of 22. Born on March 14, 1999, Ford grew up in Nashville, attended Harding Academy and graduated from Montgomery Bell Academy, where he was an All-State swimmer. As effortlessly gifted in the classroom as he was in the water, Ford later earned conference all-academic honors while a member of the swim team at Southern Methodist University.

Those who knew Ford loved him deeply, and part of what made Ford special is that all of those in his life felt Ford’s love in return. Ford so deeply loved his family, cherished his friendships, and treated everyone with genuine respect. Ford was intentional in how he cared for his friends and made himself accessible to those who needed his support. He was always quick with a laugh and always willing to listen, not with judgment but with empathy.

Ford was a humble, authentic, gentle, and spiritual soul who cared for others with selfless love and who gave more of himself than he asked of others in return. At the age of 16, Ford decided himself to become an organ donor. As he left this life, he saved the lives of four organ recipients, with several receiving two organs. Throughout his short life, Ford was always a giver, and he left us with his gifts of love and friendship, and perhaps with lessons to ponder about our own futures.

To lose someone so young with so much to offer the world is heartbreaking, but we celebrate the time we had with the Ford we loved. His family encourages everyone to honor Ford’s memory by caring for others the way he cared for each person fortunate enough to cross his path. In lieu of flowers, Ford’s family suggests consideration of a contribution to The Ford Ray Memorial Fund at The Community Foundation of Middle Tennessee which will be used to support mental health charities and organizations.

To donate by check:
Please make check payable to The Community Foundation of Middle Tennessee and note The Ford Ray Fund in the memo line.