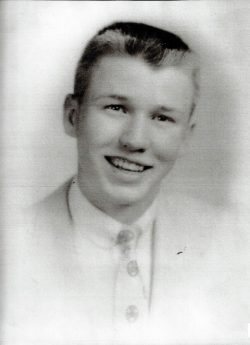 Eligibility:  The Steve Thompson Scholarship will provide financial scholarships to high school graduates of Hillsboro High School, Nashville, Davidson County, Tennessee (or should Hillsboro High School cease to exist, any high school serving the Green Hills area or Davidson County, Tennessee) to a public or private college, university or technical school of their choice. Preference will be given to in-state Tennessee institutions. Students must be eligible for the Pell Grant to receive this scholarship.

Stephen Meek Thompson was remembered in 2007 by his classmates on the occasion of the 50th Reunion of the Class of 1957 Hillsboro High School with the establishment of the Steve Thompson Scholarship. In October 1955 at age 17, Steve’s junior year, he died of a head injury sustained during a football game.

Steve was one of the greatest athletes to ever play at Hillsboro High School. He left his name in many record books. He was the first freshman to letter in football and was destined for a fine career as an athlete in college. He also lettered in track and basketball. Popular and deeply respected by all who knew him, his famous smile and presence was felt everywhere.

He was known as a team worker who could serve as a leader or a follower. His courage, determination, competitiveness and loyalty will never be forgotten.