Eligibility: Students must be graduates from a public high school in Williamson County after attending for a minimum of three years; be in good standing as a citizen in the school and community; have a 3.2 or better GPA, minimum ACT score of 22 or SAT of 1100; and be involved in at least one outside extra-curricular activity (which could include working part-time). This scholarship will be valued at up to $10,000 per student over four years. The scholarship is renewable for the student who reapplies to The Community Foundation and is in good standing as a citizen, has a college GPA of 2.75 in the freshman year and 3.0 each year thereafter, involved in at least one extra-curricular activity (could include working part-time) and has selected a major at the end of the second year.

Kathy D. and Stephen J. Anderson have a strong belief in the value of a college/university education. They believe there are high school graduates who, without financial assistance, would have significant difficulty obtaining a college/university degree. The Andersons established this Fund for students graduating from or having graduated from Williamson County public high schools. 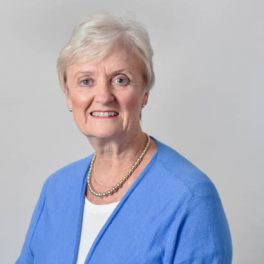