Give Black, Give Back Changemakers: Dr LaDonna and Yvette Boyd

Two of the country’s most iconic Black-owned businesses have remained in Nashville since their founding.

Philanthropy has long been a tradition of the Boyd family, which remains a critical part of Black Nashville’s economic development and cultural history through its ongoing businesses as well as the R.H. Boyd Family Endowment Fund. 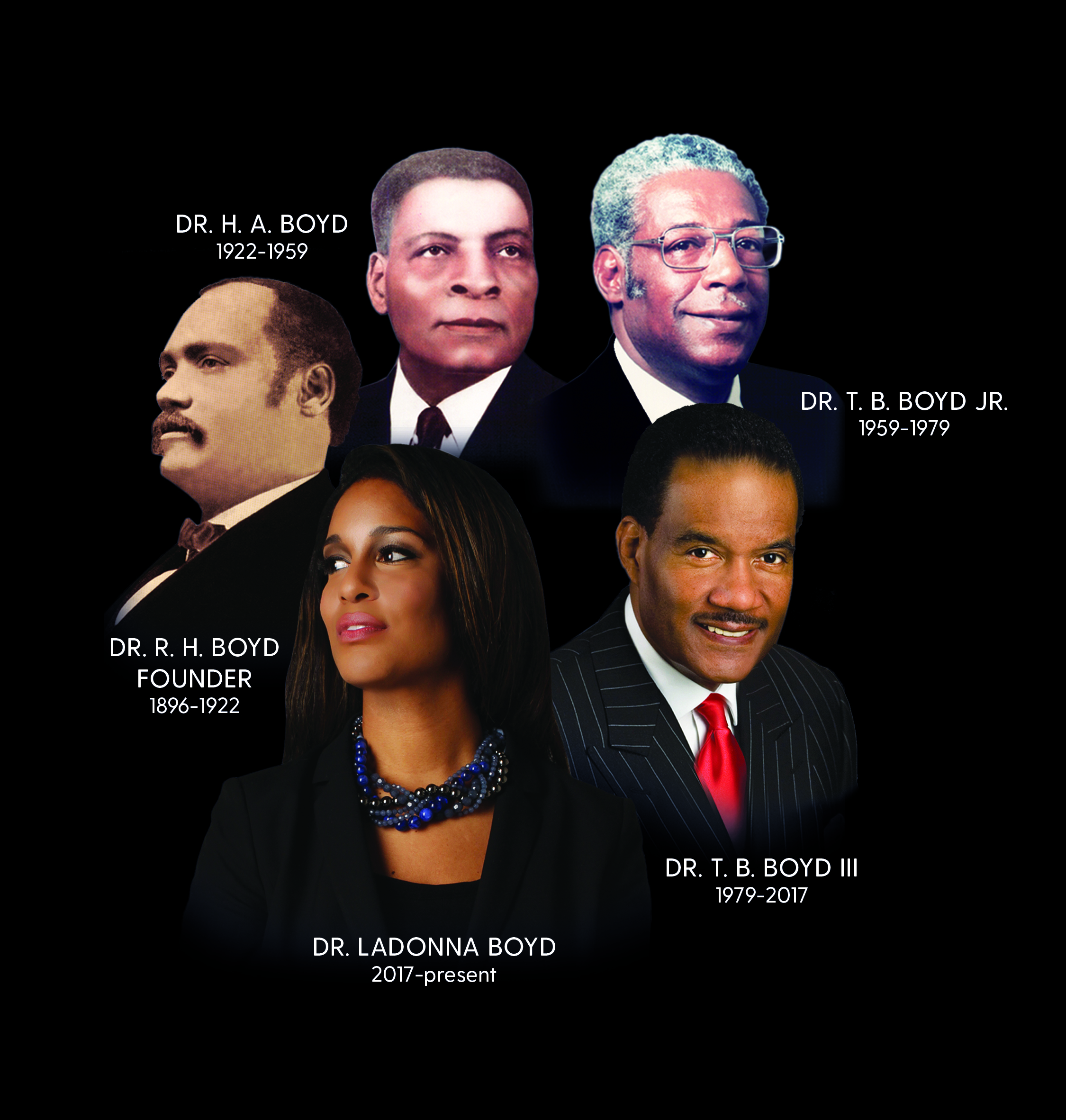 Kia Jarmon and Lisa Swift-Young, philanthropy co-chairs of The Community Foundation of Middle Tennessee’s initiative Give Black, Give Back Chairs recently interviewed LaDonna Boyd and her mother, Yvette Boyd, wife of 38 years to the late Dr. T.B. Boyd III, who passed away in May 2022.

The conversation began with the question, “What does being a philanthropist mean to you?”

LaDonna Boyd was quick to respond.

“Being a philanthropist means leading by example. It means put your money where your mouth is,” she boldly replied.

LaDonna explained that both her parents emphasized the importance of philanthropy as laying the foundation for the next generation and those who follow.

She talked about having a sense of “inner peace” when helping others who are less fortunate. With the title of “philanthropist” comes a certain amount of freedom to select projects and organizations you wish to support which are more aligned with company values and with the ability at times to say “yes or no” to those projects.

Mother Yvette Boyd beamed with a parents’ pride when listening to her daughter. “Being a philanthropist does give a person a sense of freedom, health and hope,” said Yvette, who said her children were taught that, “If you have your health, you have hope, and if you have hope, you have everything.”

Yvette Boyd embraces the multigenerational roles. She and her daughter rely heavily on their faith, as well as wise counsel from a strong board of directors and the blueprint for success left behind by the late Dr. T.B. Boyd III himself.

Dr. LaDonna Boyd has a passion for creating opportunities for underserved communities, providing educational resources for women and girls, and helping with environmental efforts. She holds a Bachelor of Arts degree from Spellman College, where she studied economics and French, and has a Master’s in Business Administration degree from Tennessee State University. She completed her Doctorate in Education in Organizational Leadership at Pepperdine University and earned a certificate in Digital Marketing Strategy from Harvard University. LaDonna is an active member in the sorority Alpha Kappa Alpha, Inc., and has been recognized in the Nashville Business Journal’s Top 30 Under 30 and Top 40 Under 40.

She serves on numerous boards of directors, including Citizen Savings Bank and Trust, National Museum of African American Music, and the Nashville Ballet and is part of the Leadership Nashville Class of 2022-23.

Mrs. Boyd is a Life Member of Alpha Kappa Alpha Sorority, an Alumnae Member of the Links, Inc., and Emeritus Member of The Girl Friends, Incorporated. She counts as her most important roles and accomplishments to date are having been married to her late husband and being mother to their four children and seeing each of them grow into successful adults: T.B. IV, LaDonna, Shalae’ and Justin.

Watch Give Black, Give Back Changemakers Interview

Take time to view the entire “Changemakers” conversation to hear other lesser-known facts regarding philanthropic investments in the community by the Boyds. Be on the lookout for 2023 literary projects from The R.H. Boyd Corporation, as well as its annual educational scholarship gala being planned for June 2023.